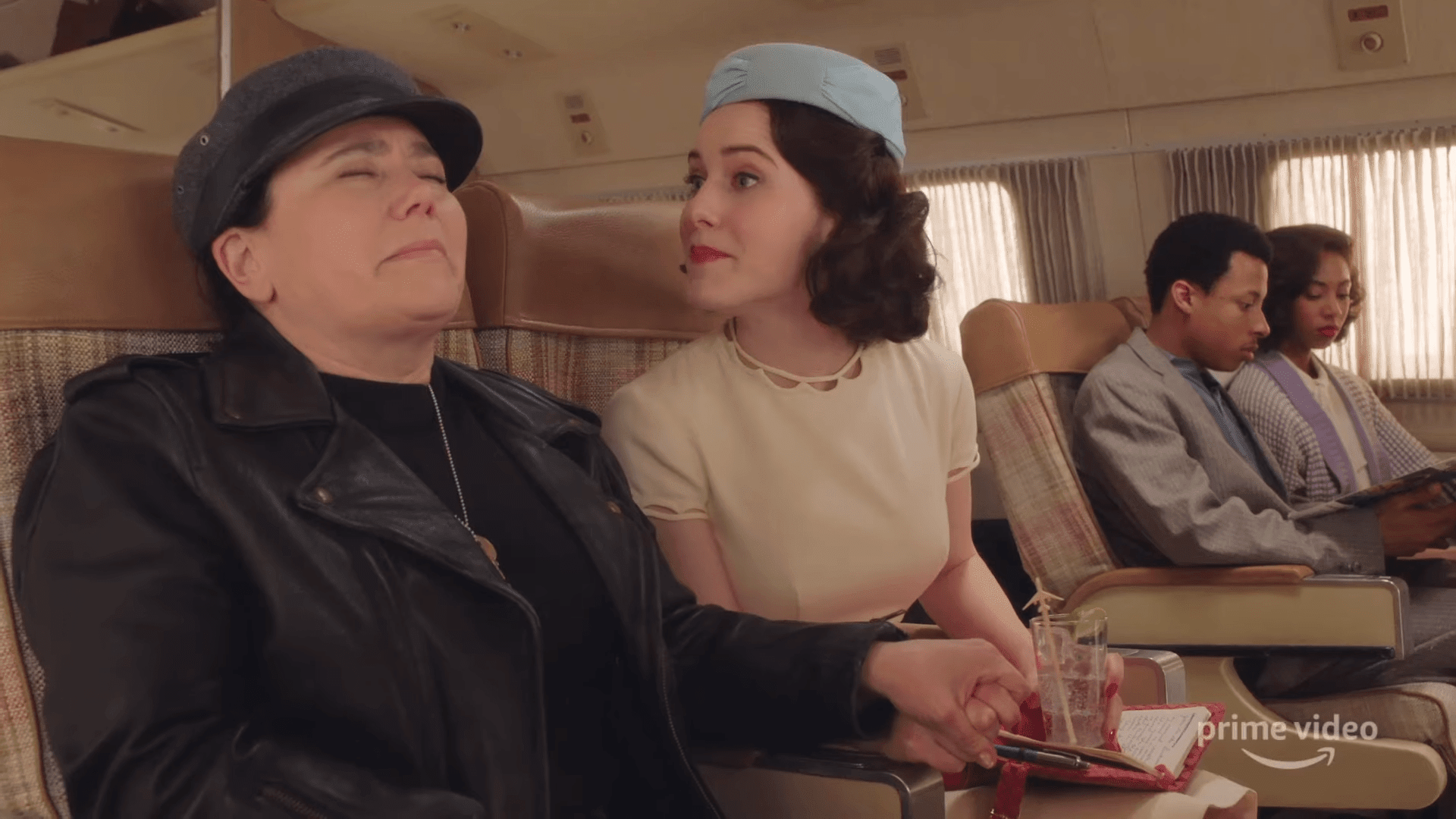 Get ready for more Jewish jokes and mile a minute dialogue. Amazon unveiled a trailer today for the third season of The Marvelous Mrs. Maisel. The Amy Sherman-Palladino comedy series about a 1950s New York City housewife who moonlights as a stand-up comic is up for 20 Emmys this year.

As the teaser reveals, the new season follows Midge Maisel (Rachel Brosnahan) as she embarks on her first tour as a professional comedienne. The show's heroine is normally restricted to the comedy clubs of Greenwich Village. This time around, we see her on the road at various venues around the country. She even performs at a USO tour.

We also get a peek at Sterling Brown (This is Us, Black Panther), who is slated to play a recurring role in the new season. Also due to return are Midge's parents, Rose and Abe (Tony Shalhoub and Marin Hinkle), her long-suffering agent Susie Myerson (Alex Borstein) and her ex-husband Joel (Michael Zegen).

The new season debuts on the streaming service on December 6th. You can watch the trailer below.

Via: Variety
Source: YouTube
In this article: amazon, amazon original programming, amazon studios, av, entertainment, mrs maisel
All products recommended by Engadget are selected by our editorial team, independent of our parent company. Some of our stories include affiliate links. If you buy something through one of these links, we may earn an affiliate commission.