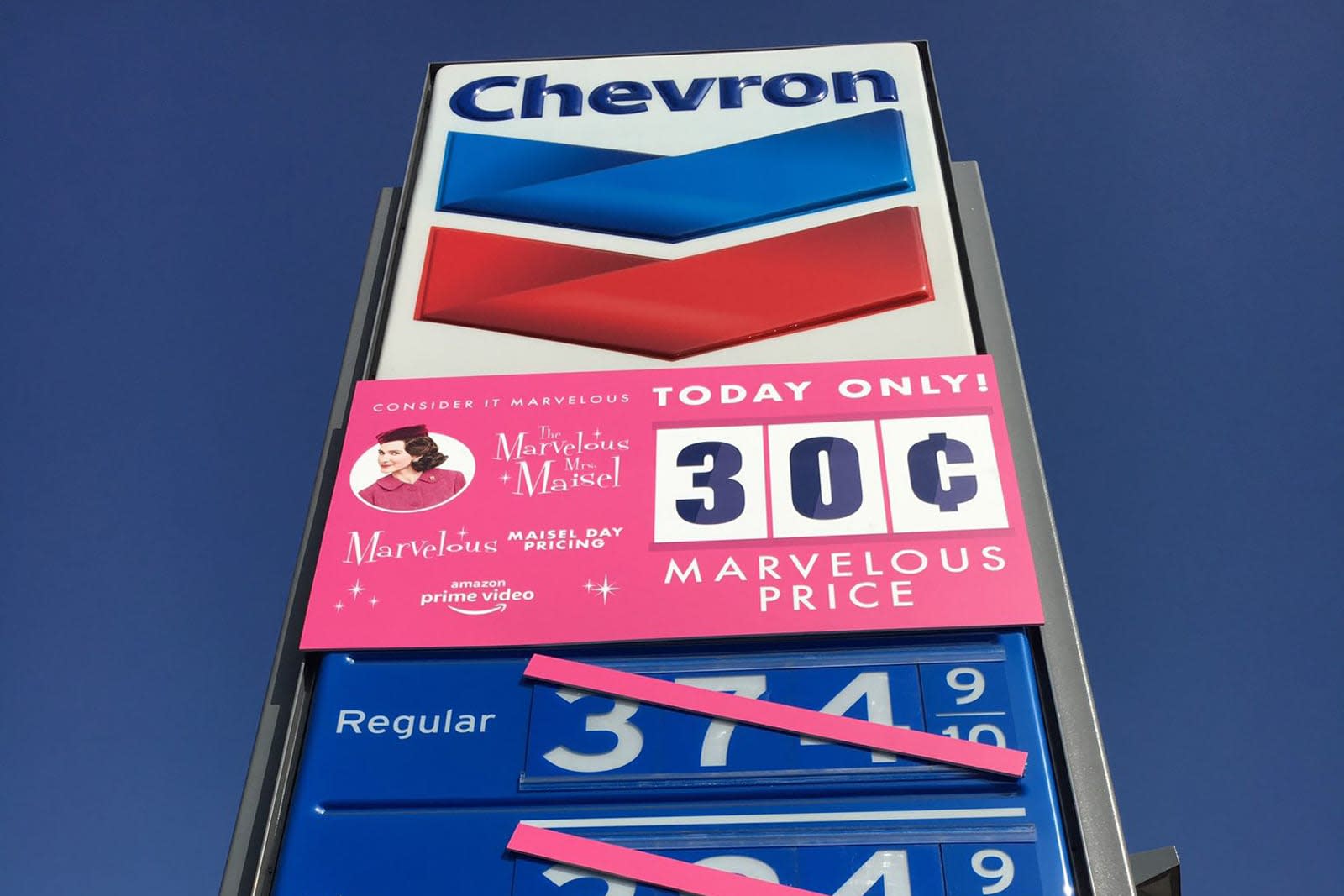 Promotions for streaming shows have been known to backfire, but Amazon might not be complaining too loudly about this incident. Santa Monica police made Amazon suspend a one-day Marvelous Mrs. Maisel promotion that charged people 30 cents for gas at a station to reflect prices in 1959 (when the show is set) due to sheer demand. Apparently, the traffic snarls from lined up cars were so severe that law enforcement had no choice but to shut it down.

We've asked Amazon for comment. With that said, it won't be surprising if the company is quietly thrilled with the extra publicity (yes, including news stories like this) that comes with the police intervention. Mrs. Maisel has 20 Emmy nominations ahead of the awards in September -- Amazon is determined to remind people of that fact at every given opportunity. We're just wondering if a gas station was the best choice, though. Amazon is already taking flak for its environmental policies, and encouraging people to produce more emissions won't exactly improve its image.

Santa Monica Police suspend an Amazon Prime promotion offering gas for 30 cents a gallon. Traffic issues are the big concern. Details coming up at 11am on ABC7. #maiselday pic.twitter.com/sJHQLcDUaK

In this article: amazon, entertainment, gas, gas station, internet, law, marvelous mrs maisel, prime video, services, streaming, the marvelous mrs maisel, video
All products recommended by Engadget are selected by our editorial team, independent of our parent company. Some of our stories include affiliate links. If you buy something through one of these links, we may earn an affiliate commission.