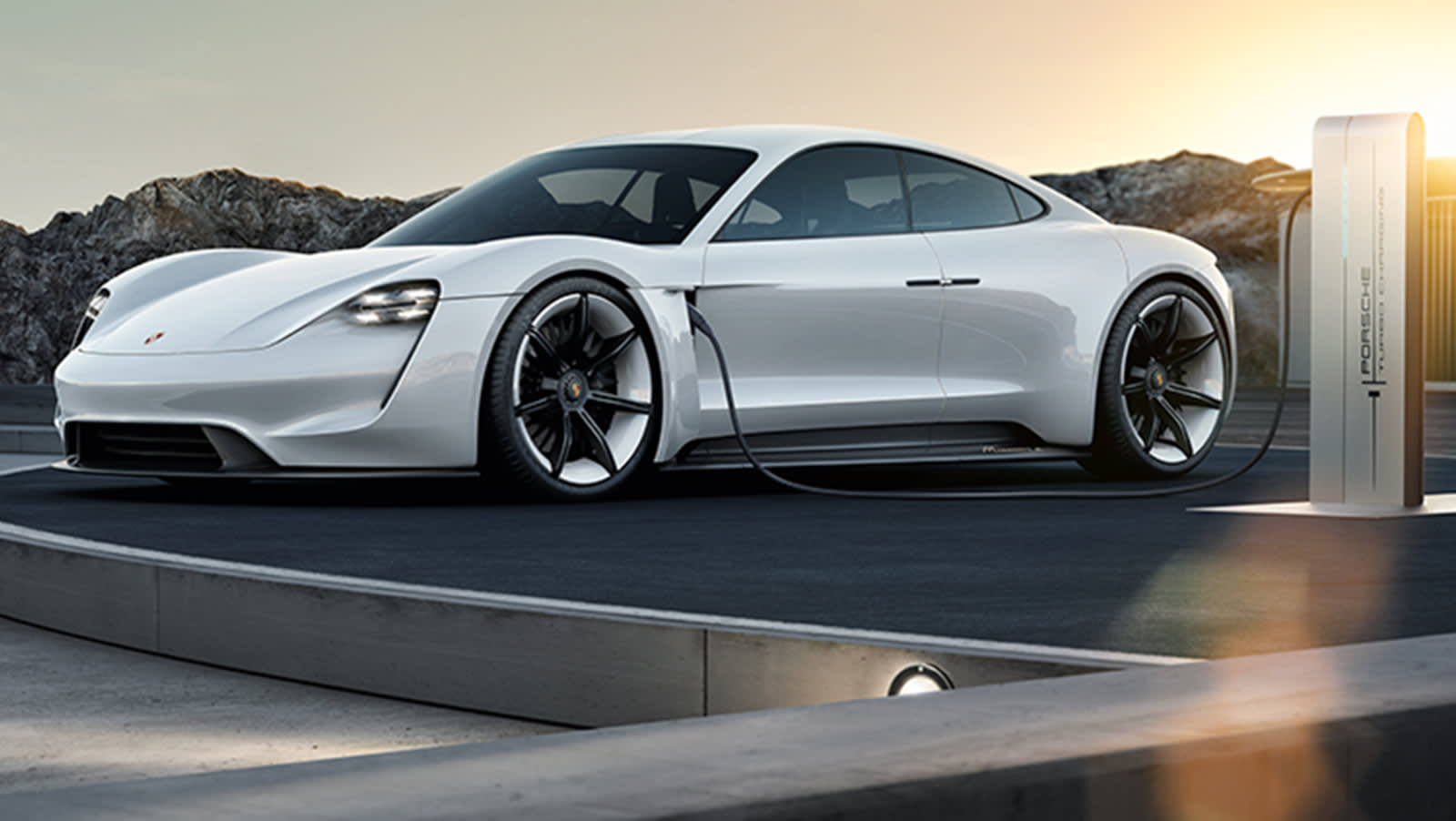 Porsche Taycan owners will be able to play their Apple Music collection directly through the vehicle's touchscreen display. According to TechCrunch, the automaker has teamed up with Cupertino to integrate Apple Music into the upcoming electric vehicle. It will be the the first time the streaming service is offered as a standalone app within a vehicle, and by the sound of things, it won't be the last. Apparently, Porsche plans to give new and existing customers free six-month access to Apple Music.

That means the feature isn't exclusively meant for those who buy its premium EV when it becomes available. That said, Taycan owners will get an extra perk: three years of free in-car internet. "None of our customers will have to worry about data consumption while streaming," Porsche Connect director of sales and marketing Lars Buchwald said during an event.

TechCrunch says customers can expect true integration. They'll see an Apple Music icon on their Taycan's entertainment center display, and they won't even have to pair it with their phones. All they need to do is link their Apple IDs with their Porsche accounts. Customers will even be able to access everything on the service, since the Porsche app won't be any different from its mobile counterpart. Further, they'll be able to use Porsche's voice assistant to play songs or change radio stations, among other things.

The automaker also said that the Taycan will have access to Apple CarPlay, which will also roll out to more of its vehicles in the future.

Source: TechCrunch
In this article: apple, apple music, electric vehicle, ElectricVehicle, entertainment, porsche taycan, transportation
All products recommended by Engadget are selected by our editorial team, independent of our parent company. Some of our stories include affiliate links. If you buy something through one of these links, we may earn an affiliate commission.