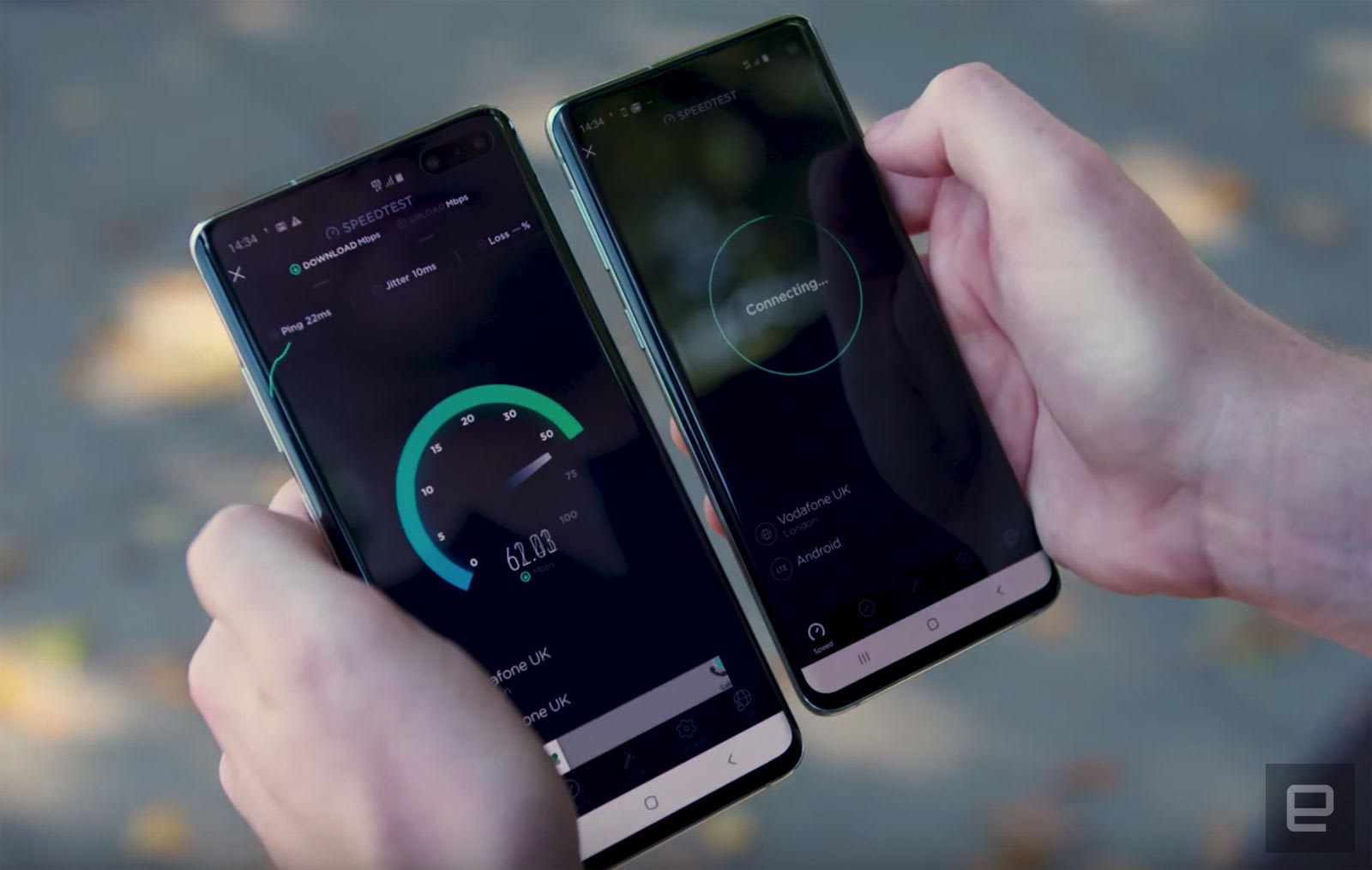 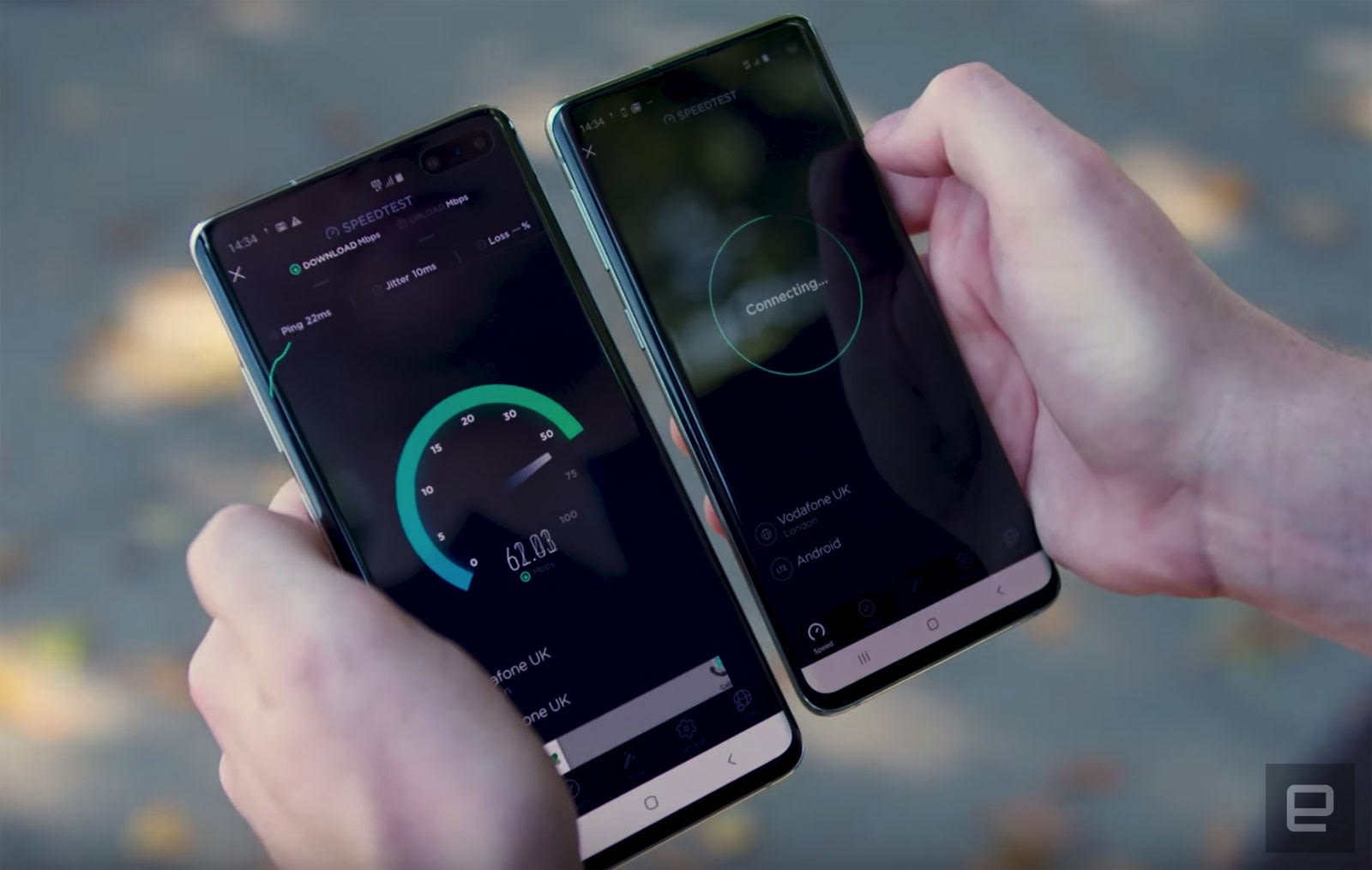 Over the spring and summer, the first 5G networks lit up over the US, with all the major carriers offering a 5G service of some kind. However, there are still only a few compatible phones to go around, the best of which is probably Samsung's Galaxy S10 5G. It's practically an entirely new phone. Samsung substantially upgraded its S10 with more cameras (six) and a third more battery than the standard S10 -- more capacity than the S10 Plus, too. It's an impressive phone on paper even before considering that it's made for next-gen 5G networks.

It's been a few months since Chris Velazco tested 5G networks at launch in Chicago, so it was time for another network test -- this time, on the other side of the Atlantic. The plan was simple enough: pit the Galaxy S10 5G against the Galaxy S10 OG in London, UK. Vodafone provided both phones, so we could see how the phones fared on the same network. 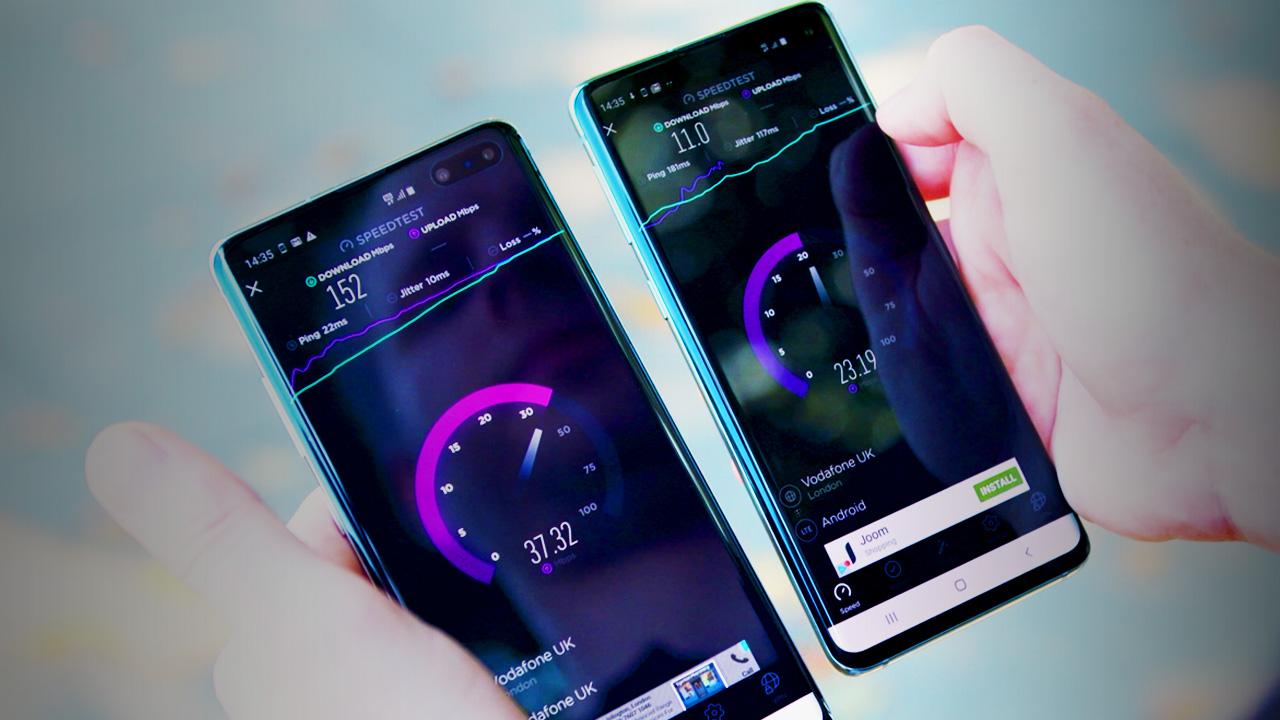 Now, the state of the UK's 5G is a little behind the US, despite the stark size difference between the two countries. Two carriers, EE and Vodafone, already have working 5G networks across a handful of cities and areas. Meanwhile, the UK's other two networks, O2 and Three, will launch their 5G services later this year. Vodaphone recently expanded its next-gen network further, so it seemed like a good time to see how far its 5G network has come. TL;DR: it still has a long way to go.

You've heard the 5G sales pitch a hundred times before, regardless of carrier or country. Incredible leaps in data speeds, more reliability, new use cases. Gaming in the cloud! Instant 4K streaming! Stuff we can't even imagine yet!

So, with Ookla's SpeedTest, Netflix, a bunch of app updates and some Fortnite grudge matches, I headed out in search of 5G.

That search took longer than expected, though things were made easier by a heat map, provided by Vodafone online, here. It attempts to show service availability, and while it helped my search, 5G spots are, well, spotty.

Over a few weeks' testing, the Galaxy S10 5G mostly kept itself on 4G. Once I picked up a Galaxy S10 to compare, I found the 5G model was largely matching the data speeds of the 4G one, even when I managed to trigger a 5G connection. Speed is meant to be the easy-to-communicate benefit of 5G; carriers say the service will be ten times faster than current 4G LTE speeds -- if everything works as it should. This is a very hard thing to measure in the early days of 5G.

Independent tests show Vodafone's 4G data speeds circle around 20Mbps, on average. And with 5G, the phone network is promising average speeds of 150 to 200Mbps and peak speeds that will reach 1Gbps.

According to other tests, like Tom's Guide, 5G networks in the US are already seeing max download speeds that are almost three times faster than the peaks on 4G LTE networks, at a blistering 1.8 Gbps versus 678 Mbps. But that's just optimistic talk of perfect conditions -- the realities of signal reception are going to ruin those speeds.

The visible difference, for me, came less from blazing data speeds and more from reliability. As 4G signal choked on the Galaxy S10, the S10 5G came into its own, generally giving sub 200 Mbps data speeds, when 4G devices struggled to give me 20 Mbps. (It's that 10-times speed thing -- just not quite as high-speed as I'd hoped.)

When I had 5G signal, Netflix episodes downloaded twice as fast as on 4G, and perhaps the most visible proof of 5G's potential, streaming and scrubbing through to midway of an episode took seconds, while on 4G, it had to really think about it. Sadly, my outdoors Fortnite tests came undone over a mere 4GB update (possible on 4G and 5G, yes, but life is too short), so I took the phones back to the office to play.

While playing, there weren't any notable differences between the two S10 models, both with more than enough graphical power to handle Fortnite. Both gave me a reliable steady connection -- I mean, plenty of people test fate by playing Fortnite on mobile data already.

So, it's probably the conclusion you were expecting: 5G will be great when it gets here. But that's not right now. The good news, though, is that 4G networks are going from strength to strength, at least in urban areas. But that makes the advancements of 5G harder to cheerlead in a pithy paragraph, and perhaps for carriers, harder to hinge the sale of a new smartphone on. And if my mileage varied hugely, imagine the chances of hooking a 5G signal outside major cities. Carriers are rolling out the service slowly, adding cities and expanding coverage, but it's a process that takes time. It's highly likely this is why rumors about Apple's new iPhones suggest no 5G capabilities. Not yet.

If you're looking for a Samsung phone ready for a next-gen service, you can probably wait until 2020. The S10 5G is gorgeous and capable and has a big ole battery. But it's marquee feature doesn't make enough impact.

In this article: 5g, att, gear, hands-on, mobile, samsung, sprint, t-mobile, UK, verizon, vodafone
All products recommended by Engadget are selected by our editorial team, independent of our parent company. Some of our stories include affiliate links. If you buy something through one of these links, we may earn an affiliate commission.