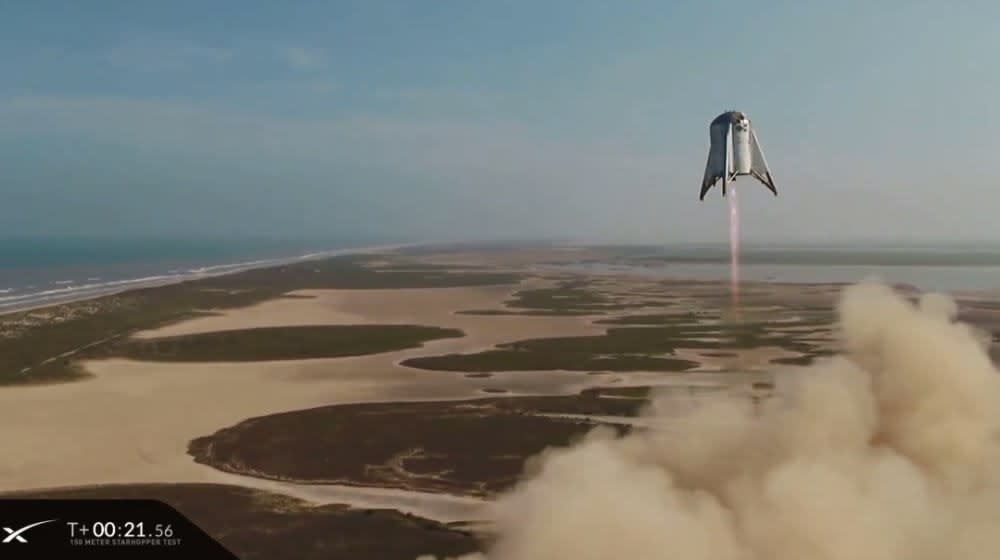 Just like yesterday, SpaceX is lined up to attempt its most ambitious launch yet of the water tower-like Starhopper test vehicle. This is all in preparation for its upcoming Starship, but first the Raptor engines and frame need some shorter non-orbital attempts. If all goes well, it will fly to around 500 feet high at about 6 PM ET, but as we saw with yesterday's test, anything can happen, like a wiring issue -- even with just eight tenths of a second left on the countdown.

Update: The test went off as planned this time, apparently without a hitch. You can watch the flight below, but we're already looking forward to bigger and better hops.

SpaceX's Starhopper conducts 150 meter test hop under the power of the SN6 Raptor!

About to do next Starhopper flight test https://t.co/eeXPQPk7t6

In this article: space, spacex, starhopper, tomorrow
All products recommended by Engadget are selected by our editorial team, independent of our parent company. Some of our stories include affiliate links. If you buy something through one of these links, we may earn an affiliate commission.