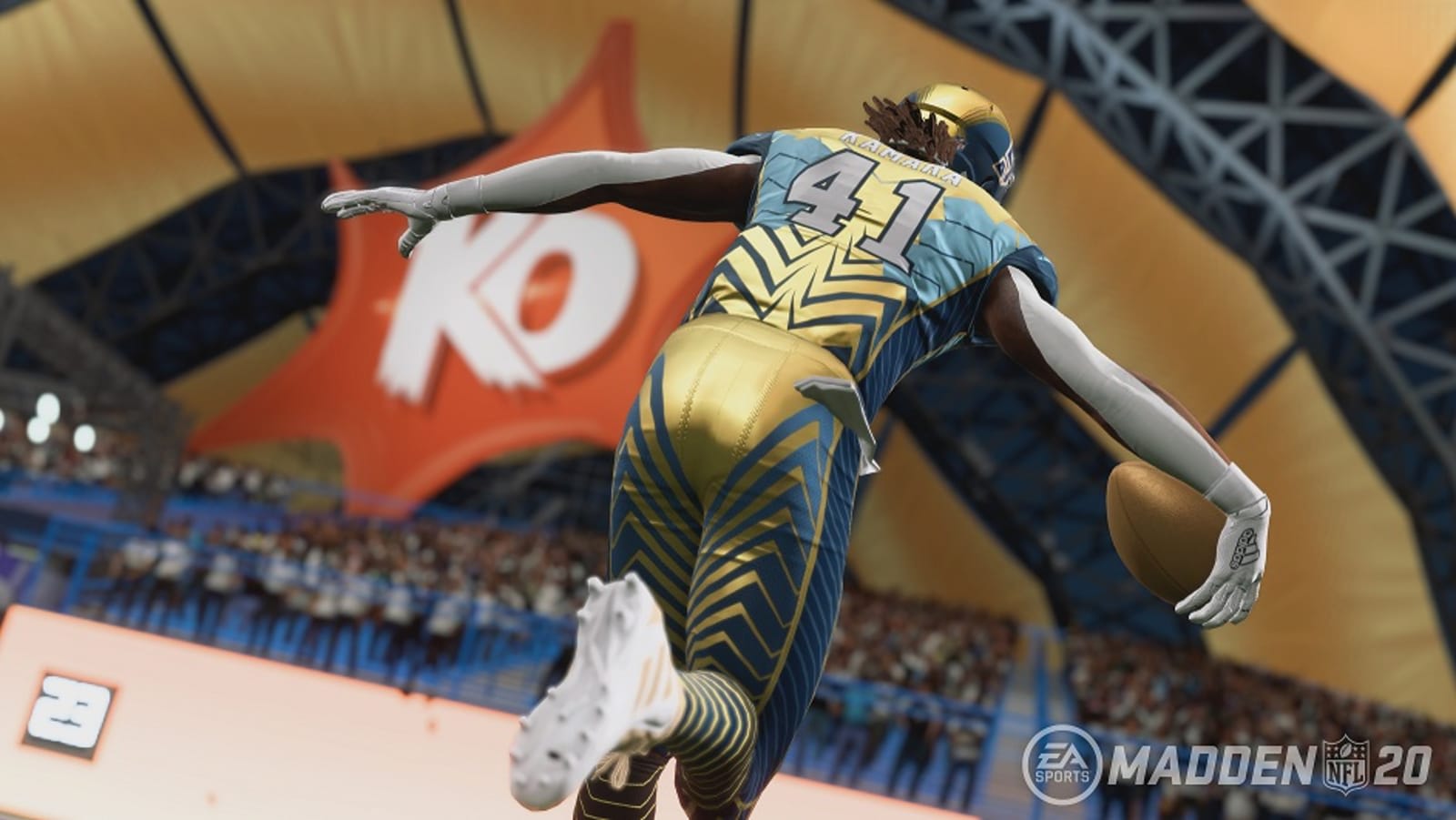 Madden NFL 20 is already well underway, but EA Sports is shaking things up a little with the surprise introduction of a new Superstar KO mode -- and compared to usual Madden experience, it's pretty leftfield.

For a start, each game lasts around five minutes, instead of the typical 45-60 minutes you need to set aside for a typical exhibition game. There's one offensive possession for each premade team (there's eight to choose from), no field goals or punts, pared-down playbooks, mandatory two-point conversions and a sudden-death overtime tiebreaker.

Two of the coaches are musicians -- DJ Khaled and Lil Yachty -- and another is Jennifer Welter, who became the first female coach in NFL history in 2015. The games take place in a stadium with a distinct festival vibe, and all the players (currently active in the NFL) are kitted out in wild designs. Commentary, meanwhile, comes from a DJ hype man, instead of the usual broadcast team of Brandon Gaudin and Charles Davis.

Speaking to Polygon, one of the mode's creators, Jake Stein, said that this short and sweet version of the game is designed to provide a satisfying gaming experience without too much onus on winning or losing. Think of it as something of a palate cleanser for hardcore Madden marathons.

The mode is available as part of a free update on PlayStation 4, Windows PC and Xbox One. Even if you don't have Madden 20 you'll be able to try it as part of a free trial this weekend, from September 5th to 9th, although you'll need an active PlayStation Plus or Xbox Live Gold subscription to access it.

Source: EA Sports
Coverage: Polygon
In this article: av, DJ Khaled, entertainment, gaming, Madden NFL 20, mode, personal computing, personalcomputing, PlayStation, Super KO, Windows, Xbox
All products recommended by Engadget are selected by our editorial team, independent of our parent company. Some of our stories include affiliate links. If you buy something through one of these links, we may earn an affiliate commission.