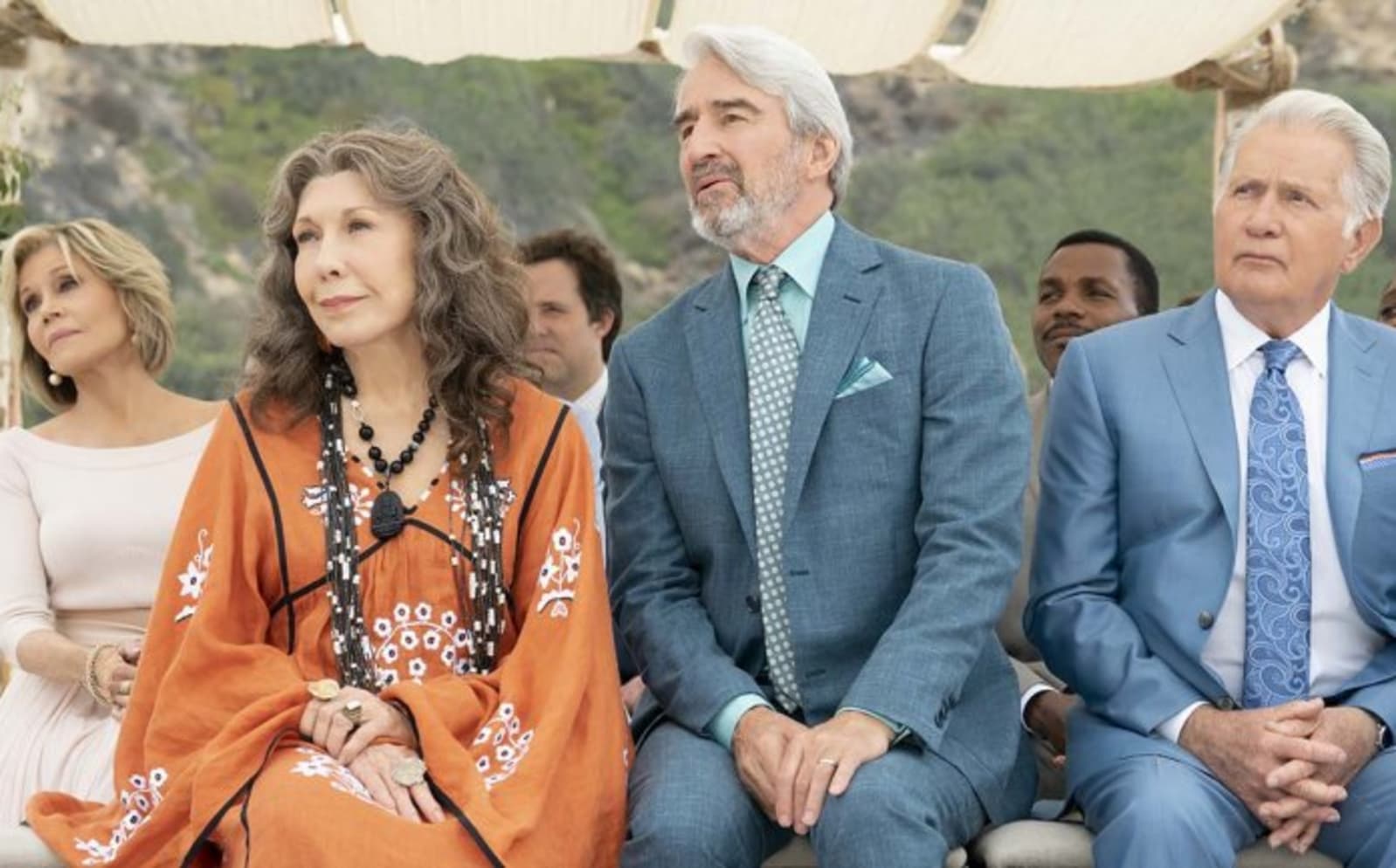 Netflix has renewed Grace and Frankie, the comedy starring Jane Fonda and Lily Tomlin, for a seventh and final season. According to The Hollywood Reporter, the show will end with 16 episodes, giving it a total of 94 episodes over its lifetime and making it the longest-running Netflix original in terms of total episode count. While Orange is the New Black also had a seventh season, it had just 91 episodes.

Graci and Frankie's sixth season has yet to air, but it's scheduled to arrive in January 2020. There's no premiere date yet for the seventh season. Netflix has been canceling plenty of shows lately -- from Tuca & Bertie to Santa Clara Diet, Jessica Jones and The Punisher. With this announcement, we at least know that Grace and Frankie won't be cut early and will have time to tie the story together.

"It's thrilling and somehow fitting, that our show about the challenges, as well as the beauty and dignity of aging, will be the oldest show on Netflix," co-creators and showrunners Marta Kauffman and Howard J. Morris said in a statement shared by The Hollywood Reporter. The show has earned 11 Emmy and six SAG nominations to-date, and Sam Waterston, Martin Sheen, June Diane Raphael, Brooklyn Decker, Baron Vaughn and Ethan Embry will supposedly all return for the final season. In a joint statement, Fonda and Tomlin said, "We are both delighted and heartbroken that Grace and Frankie will be back for its seventh, though final, season."

Source: The Hollywood Reporter
In this article: av, comedy, entertainment, episodes, final, grace and Frankie, jane fonda, lily tomlin, longest, netflix, original, renews, season, series, seventh, show
All products recommended by Engadget are selected by our editorial team, independent of our parent company. Some of our stories include affiliate links. If you buy something through one of these links, we may earn an affiliate commission.