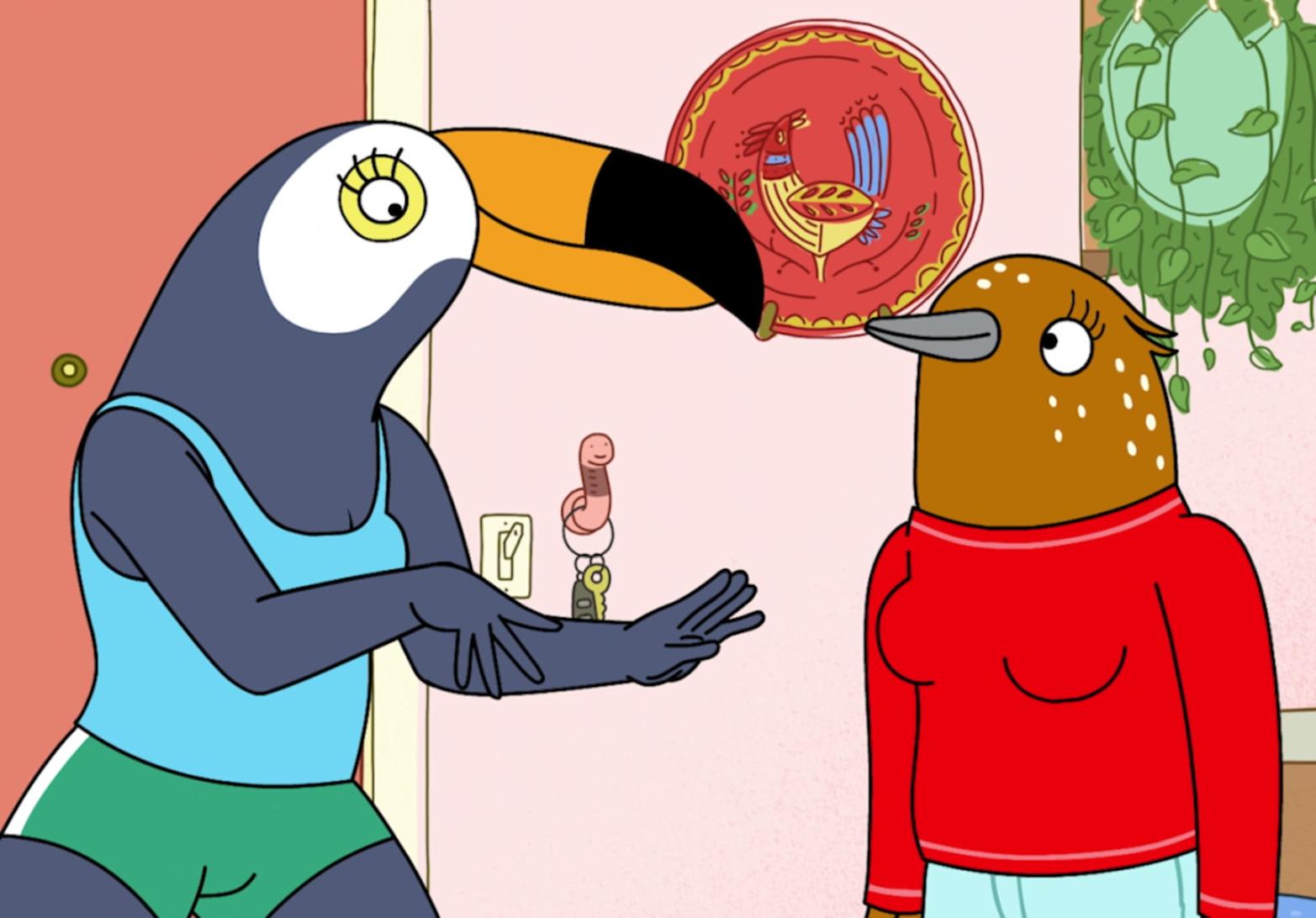 Even a stellar cast and team of Bojack Horseman producers, led by creator Lisa Hannwalt, couldn't save the animated series Tuca & Bertie from Netflix's axe. The streaming company announced that the series, starting Tiffany Haddish and Ali Wong, would not be back for a second season. "While Tuca & Bertie won't have a second season, we're proud to feature this story on Netflix for years to come," Netflix said in a statement.

Tuca & Bertie centered on two 30-year-old birds, Bertie, an uptight songbird, and the more chilled out toucan, Tuca. The apartment-dwelling friends live in a colorful Bojack-like world where humans exist alongside talking animals.

None of this makes a difference to an algorithm, but it's important to me and the way I want to continue making art in this world. 🐦🐤🐍🐢🐧🐵❤️🤠

Hanawalt pointed out on Twitter that the show was critically acclaimed and "has repeatedly been called one of the best new shows of the year." She suggested that the cancellation came about because of Netflix's secretive programming system. "None of this makes a difference to an algorithm, but it's important to me and the way I want to continue making art in this world," she wrote.

The decision is surprising considering that Netflix recently launched its own animation studio and no doubt invested a lot getting Tuca & Bertie off the ground. As THR points out, the streaming company weighs viewer figures versus costs, and might let low-rated shows hang around if they're relatively cheap to produce. As it stands now, Netflix has about an 80 percent renewal rate for freshman series.

In this article: algorithm, AnimatedSeries, av, bojackhorseman, entertainment, LisaHanawalt, Netflix, programming, tuca&bertie
All products recommended by Engadget are selected by our editorial team, independent of our parent company. Some of our stories include affiliate links. If you buy something through one of these links, we may earn an affiliate commission.