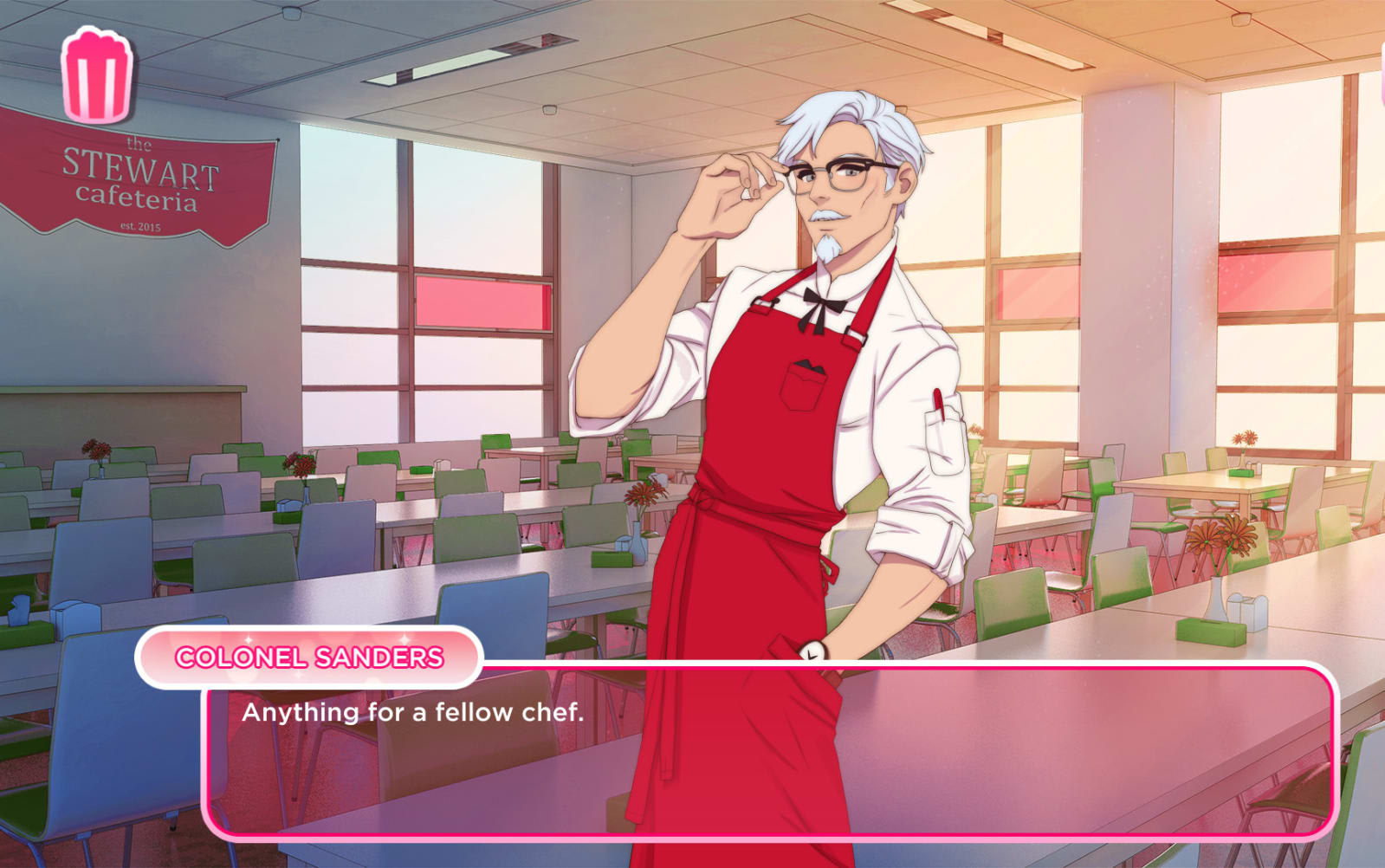 KFC does weird stuff all the time -- from a line of KFC-flavored nail polish to a chicken wing box that doubles as a drone. But it's really outdone itself this time. Today, a listing for a KFC dating game, I Love You, Colonel Sanders! A Finger Lickin' Good Dating Simulator, appeared on Steam. Created with the help of Psyop, the game is a work in progress, but KFC promises it will be "the most delicious dating simulator ever."

The game will put you in the shoes of a culinary student, trying to date your classmate, a young Colonel Sanders. You'll have to navigate school and friendships as you try to win Sanders over as a business partner "or maybe even so much more." The game includes secret recipes, cooking battles, "battle battles" and a secret ending. According to Polygon, one of the characters is a dog, who is also a professor. Why not.

This isn't the first time KFC has tried to convince people that the Colonel is a sexy, eligible bachelor -- and not just another old racist dude. A couple years ago, KFC released a romance novel, Tender Wings of Desire, supposedly penned by Sanders.

It's one thing for Facebook to launch a dating service, but it's another for KFC to get involved in your love life. We know the bar for dating and modern romance is pretty low, but we have to ask, is it really this low?

Via: Polygon
Source: Steam
In this article: av, business, colonel sanders, colonelsanders, culinary, dating, game, gaming, kfc, psyop, romance, sim, simulator, steam, student
All products recommended by Engadget are selected by our editorial team, independent of our parent company. Some of our stories include affiliate links. If you buy something through one of these links, we may earn an affiliate commission.