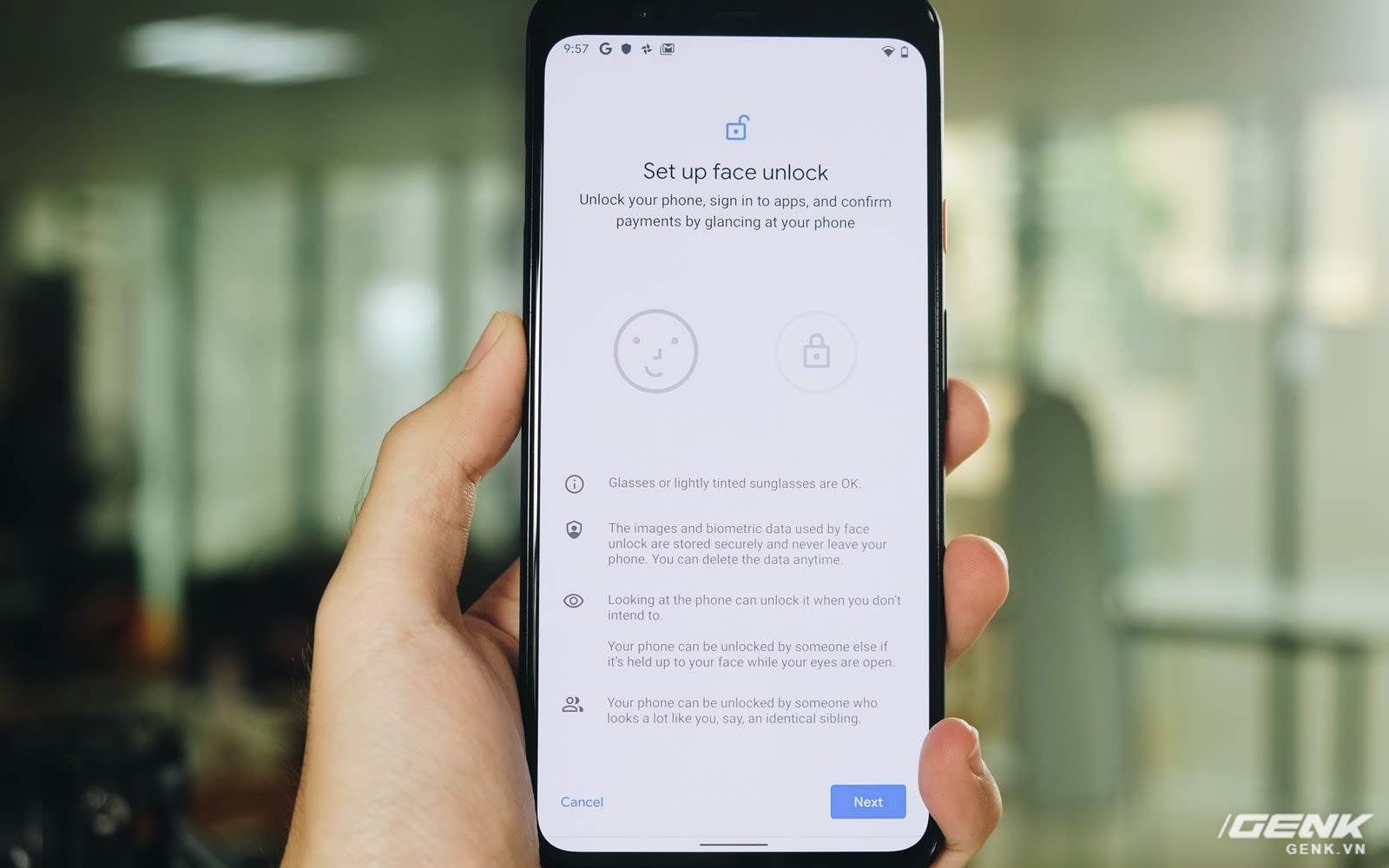 The Pixel 4 XL leaks continue this week with a new look at the phone's face unlock functionality. While Google confirmed the Pixel 4 would include facial authentication when it detailed the phone's Soli chip in July, this is the first time we've seen the feature in action. Thanks to Vietnamese tech blogger Genk, we get to see how setup works, as well as the adorable animation that accompanies the entire process.

Broadly speaking, face unlock looks very similar to Face ID. However, as The Verge points out, what's notable about how Google positions the feature is that it points out the drawbacks of the tech. Right at setup, the company is transparent about the fact that someone can point the front of your Pixel 4 at your face and unlock the device, as well as the fact that it's possible to spoof the tech. While Apple also does this with Face ID, it doesn't present the information upfront. Instead, if you own an iPhone or iPad, you have to visit the company's website to find these disclaimers. Likewise, the Pixel's face unlock includes an option at setup designed to accommodate people with "limited vision or head motion." Face ID has a similar feature, but to enable it you have navigate to the accessibility settings in iOS. Unfortunately, the one thing we don't learn about face unlock is how well it works. GenK wasn't able to complete setting up the feature with their pre-release unit.

On Tuesday, two other Vietnamese tech bloggers uploaded hands-on videos with the Pixel 4 XL, detailing the phone's 90Hz display and True Tone-like functionality. If you're curious how a handful of people in Vietnam got their hands on the Pixel 4 XL, it turns out a store in Hanoi obtained a shipment of nearly-finished units from a nearby factory. As for when those of us in North America will be able to check out the phone, a recent render shared by leaker Evan Blass suggests Google could announce the phone on October 15th. Until then, expect the Pixel 4 to leak several more times -- though whether there's anything left to see at this point is a separate question.

Via: The Verge
Source: GenK
In this article: biometrics, Face ID, gadgetry, gadgets, gear, google, leak, mobile, Pixel 4, Pixel 4 XL
All products recommended by Engadget are selected by our editorial team, independent of our parent company. Some of our stories include affiliate links. If you buy something through one of these links, we may earn an affiliate commission.