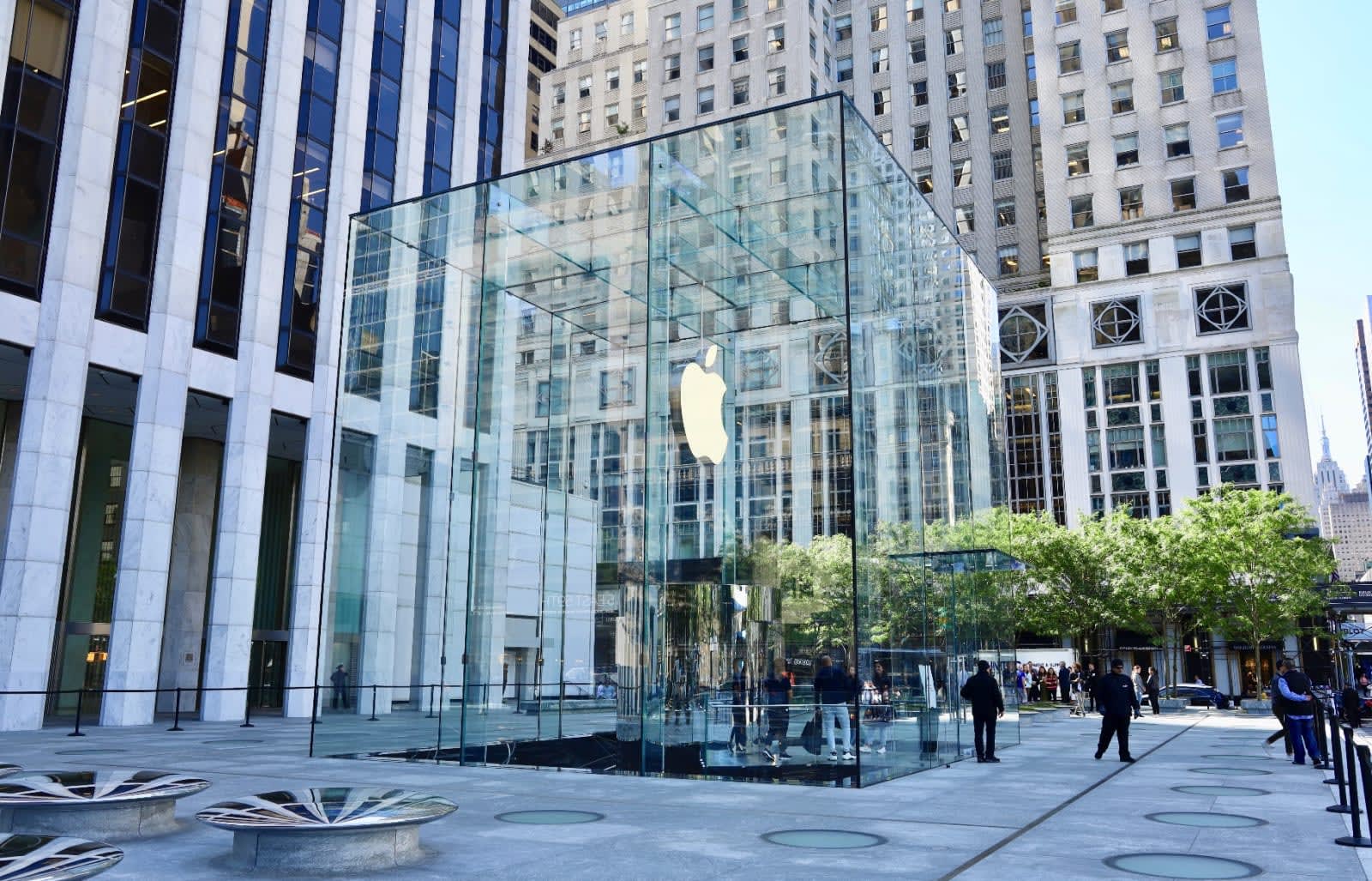 Just in time for the launch of the iPhone 11 and iPhone 11 Pro, Apple is finally re-opening the doors to its flagship store on Fifth Avenue in New York City. Better known as "the cube," the iconic 77,000 square feet space has been closed for renovations since 2017, but Apple is ready to let customers back in starting this Friday. Before it opens to the public tomorrow, though, we got a sneak peak. And frankly, it doesn't just feel renovated, it feels like a completely new store, especially underground, where everything is brighter and more spacious than before.

The first changed I noticed walking down the spiral staircase is that the steps aren't glass anymore, as they were since the late Steve Jobs brought Apple Fifth Avenue to life in 2006. Instead, they're now made out of stainless steel as are the 43 stair treads that are designed to support the floating glass cylinder, which has always been the main entrance to the store. With stainless steel being such a key feature of Apple products nowadays, it's not surprising the company is finding ways to integrate the material into its stores.

But the biggest difference, is just how much brighter it is inside the actual store. The old one always felt dim, but that's no longer the case. That's all thanks to the 18 mirror-glass skylenses and 62 skylights that expand from the cube's entrance to the ceiling, which let in so much natural light, you forget you're in an underground space. Apple also added a backlit ceiling made from a white 3D fabric that mixes artificial and natural light to match sunlight tones on any given day.

On the outside, the tall, luminous glass of the cube is now complemented by a newly designed public plaza (pictured above) where people can enjoy views of sites like Central Park and The Plaza Hotel -- all while enjoying free WiFi from Apple. And although the glass cube at Apple Fifth Avenue was covered in rainbow colors recently, I'm sorry to tell you that was only temporary.

Apple says the store's re-opening means it will "resume its place at the heart of one of the world's most vibrant creative communities," in a space that's had more than 57 million visitors since it first opened. The company didn't say how many visitors it's expecting for the rest of the year, but considering the cube is one of NYC's most photographed locations, it's safe to say you'll never see the store as empty as in these pictures. (Except maybe the one day a year it's closed.)

As for the bed bugs that caused Apple to close the store for 24 hours earlier this year, well, an Apple representative told Engadget the issue "hasn't come up in a while." So, if you happen to be in New York City and want to check out the new cube, that probably means you can do so with peace of mind. Apple Fifth Avenue is opening tomorrow at 8AM ET, when over 900 employees will be waiting to cheer on customers who are picking up their shiny new iPhone.

The new stainless steel spiral staircase
68 skylights let in natural light at the underground store.
At the cube's Forum, Apple will host sessions on photography, videography and more.
A touch of nature where people can sit and charge their devices.
There's a wall of musical notes composed of, what else, AirPods.
In this article: airpods, apple, apple 5th ave, apple airpods, apple cube, apple store, business, cube, design, entertainment, gadgetry, gadgets, gear, new york city, nyc, retail, retail store
All products recommended by Engadget are selected by our editorial team, independent of our parent company. Some of our stories include affiliate links. If you buy something through one of these links, we may earn an affiliate commission.