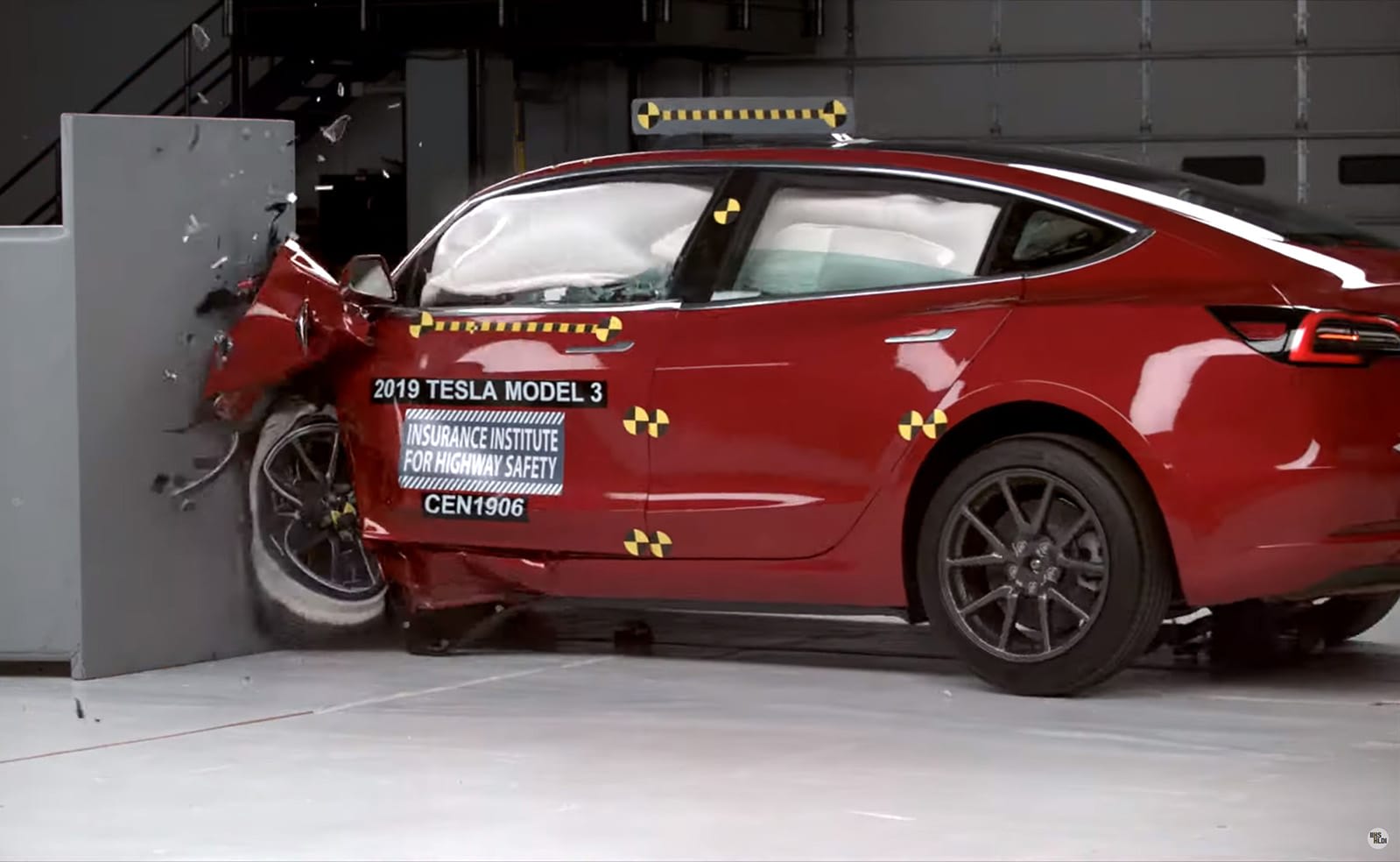 Last month, Audi's flagship E-Tron also garnered a 2019 Top Safety Pick+ award, becoming the first EV to do so, according to the organization. That vehicle also impressed the IIHC with its crash ratings, collision avoidance systems and headlights that automatically dim thanks to a high-beam assist feature.

Along with the two EVs, another alternative fuel vehicle, the hydrogen fuel cell powered Hyundai Nexo, also qualified for a Top Safety Pick+. Chevy's Bolt, meanwhile, earned "good" ratings in most crash tests, but failed to receive a Top Safety Pick award because its headlights gave off too much glare to oncoming drivers.

Tesla's Model 3 has previously received a five-star safety rating from the NHTSA. However, it got into trouble with the organization for making certain safety claims about the Model 3 in its marketing materials. The NHTSA issued a cease and desist letter and referred the matter to the FTC.

The IIHS awards buttress the argument that EVs are safer than internal combustion engine (ICE) vehicles in a crash. Without a large, heavy gasoline engine in the front, the theory goes, manufacturers are better able to design the structure to absorb impacts and protect the occupants. "The fact that the battery can be placed in in a variety of places, maybe with more flexibility than a gas tank, [also] provides the potential to make electric vehicles safer," chief IIHS research officer David Zuby told CNBC.

The IIHS hedged that a bit, though, saying that EVs aren't "inherently" safer than ICE cars. However, Zuby noted that the vehicles seem to be at least on an equal footing. "There's no need to trade away safety for a lower carbon footprint when choosing a vehicle," he said.

Source: IIHS
In this article: Award, Crash, gear, IIHS, Safety, Tesla, TopSafetyPick+, transportation
All products recommended by Engadget are selected by our editorial team, independent of our parent company. Some of our stories include affiliate links. If you buy something through one of these links, we may earn an affiliate commission.