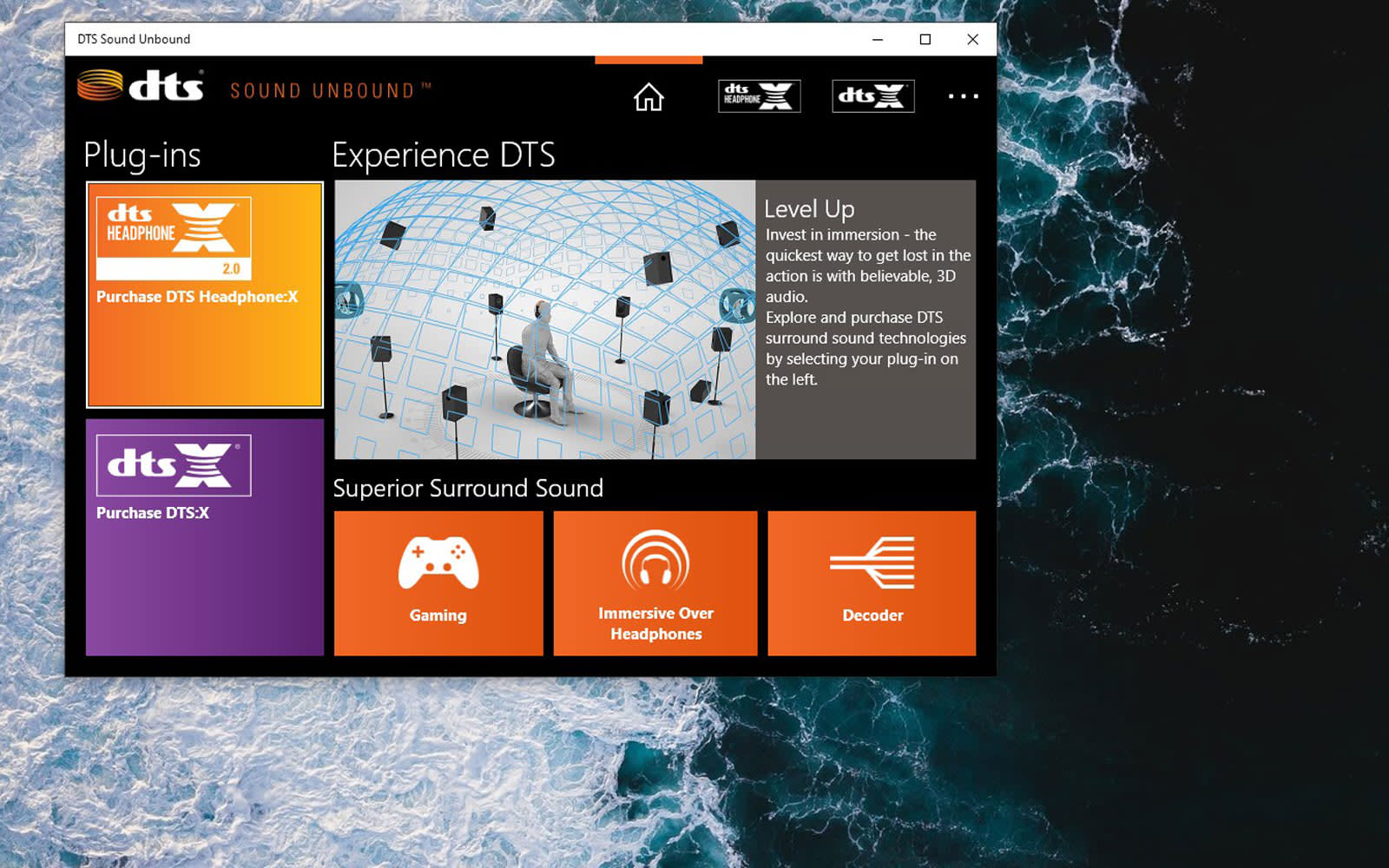 Taking a page from longtime rival Dolby, DTS is out today with a new Windows 10 app that promises to give gamers access to enhanced audio. Dubbed DTS Sound Unbound, the app builds on Microsoft's Spatial Sound platform to make almost any old pair of stereo headphones capable of outputting 3D sound. DTS says its headphone codec will give you an edge in competitive games, as well as make single-player games more immersive. The one limitation of the app is that it isn't compatible with certain hi-res headphones -- though it supports more than 450 different models otherwise. The app also won't work with just any game.

At launch, DTS Sound Unbound supports 11 games, including Gears 5, Shadow of the Tomb Raider and Metro: Exodus. At first glance, that's not a lot of games out of the gate, but it turns out Dolby Access -- Dolby's take on the same concept -- only supports 12 titles itself. In fact, both apps support more or less the same handful of games. Unlike Dolby Access, DTS Sound Unbound isn't available on the Xbox One yet, though support is on the way.

You can try out DTS Sound Unbound for two weeks for free, though you'll need to make a one-time in-app purchase to continue using the tech with your headphones. The $19.99 package includes both DTS Headphone:X and DTS:X. The latter works with movies and TV shows. Alternatively, you can purchase DTS:X by itself for $9.99. By comparison, it costs $14.99 to buy the Dolby Atmos app for headphones.

It's not a surprise to see DTS go after gamers. Like audiophiles, most gamers are willing to spend a bit extra to get more out of their setups. The company has likely also felt a pinch from Dolby, which has been aggressive about adding Atmos to almost anything that can support the format.

In this article: audio, av, dolby, dolby atmos, dts, dts sound unbound, dts x, gaming, microsoft, pc gaming, personal computing, personalcomputing, Windows 10
All products recommended by Engadget are selected by our editorial team, independent of our parent company. Some of our stories include affiliate links. If you buy something through one of these links, we may earn an affiliate commission.