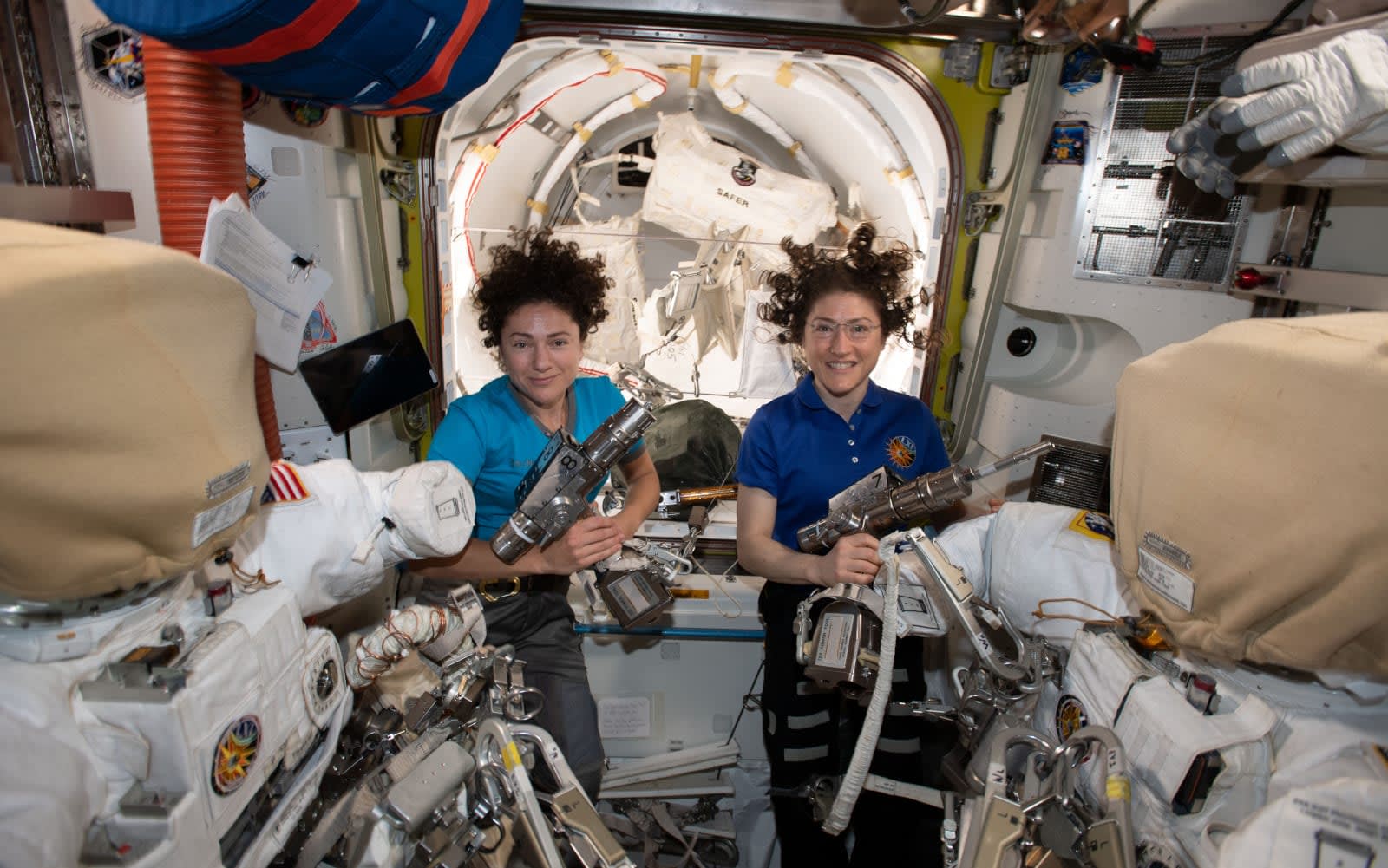 NASA's first all-woman spacewalk was supposed to take place back in March, but the agency had to cancel the historic event due to the lack of spacesuits that fit both astronauts. Now, it's finally happening... barring any last minute cancellation. NASA astronauts Christina Koch and Jessica Meir are scheduled to venture out of the ISS and into the vacuum of space today, 7:50AM ET. The space agency's live coverage begins at 6:30AM, though, and you can watch the whole thing on NASA live or the YouTube video embedded below.

NASA canceled the original all-woman spacewalk a few days before it was supposed to happen, because both Koch and then-partner Anne McClain needed medium-sized extravehicular mobility unit or EMU suits, and only one could be ready on time. The agency stocks the ISS with modular suits with various parts in different sizes that need to be put together. It just so happened that the EMU's medium-sized torso fit both astronauts best, and when it comes to spacesuits, you can't just go a size smaller or bigger -- the fit needs to be perfect for the EMU to be able to protect its wearer from the harsh elements of outer space.

Jessica Bennett, The New York Times' Gender Editor, asked Lady Astronaut book series author Mary Robinette Kowal whether the lack of ready medium-sized suits meant they were "designed by and for men." Kowal said that's true for the generation of spacesuits that's currently on the ISS. They were, after all, made in the late 1970s based on Apollo technology. The EMUs are also time-consuming to assemble, which is probably why the agency decided to develop new spacesuits -- under lead designers Amy Ross and Kristine Davis -- for Project Artemis.

Source: NASA (Twitter), NASA
In this article: allwomanspacewalk, gear, ISS, NASA, space
All products recommended by Engadget are selected by our editorial team, independent of our parent company. Some of our stories include affiliate links. If you buy something through one of these links, we may earn an affiliate commission.