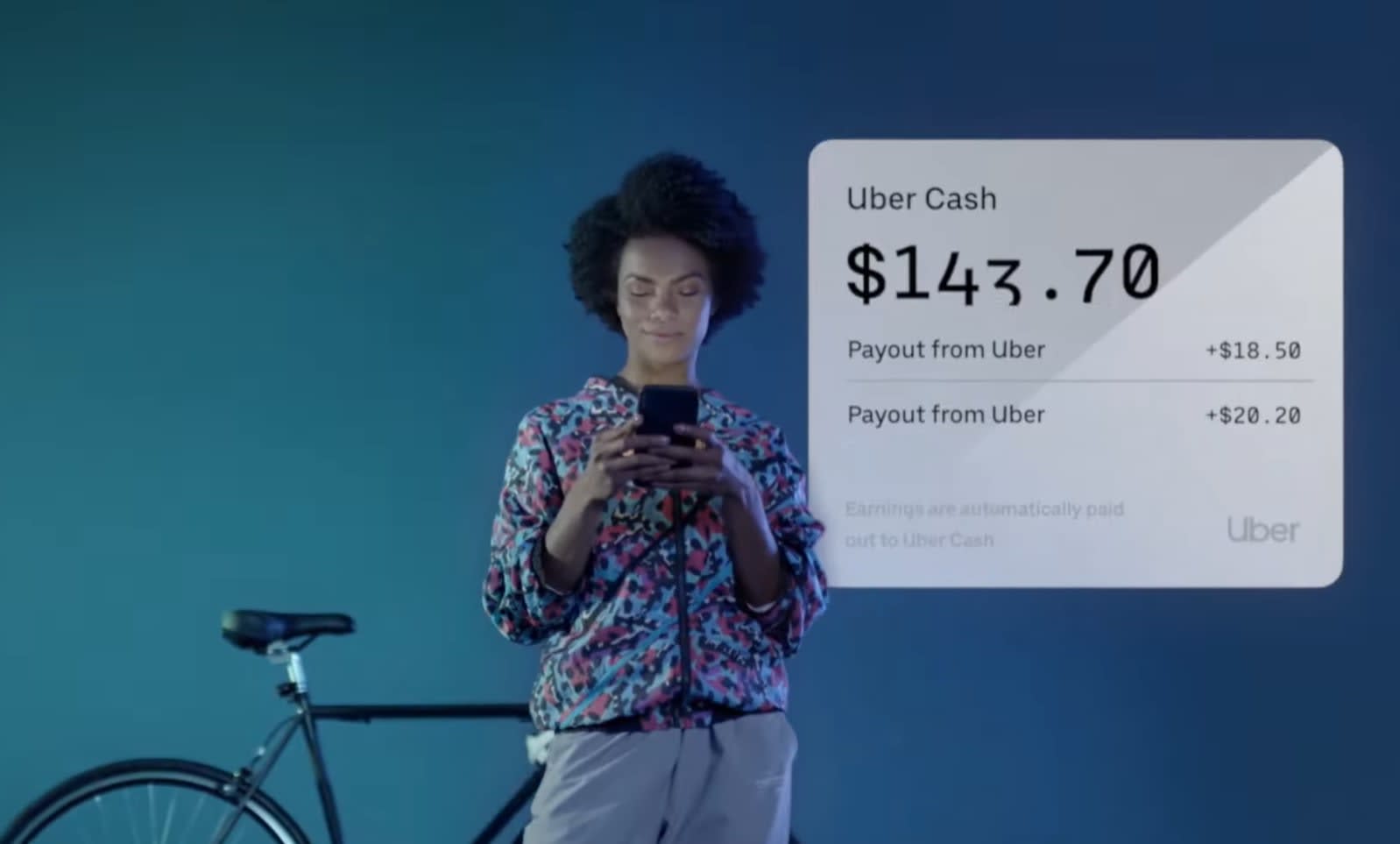 Uber is making a bigger push into payments and financial services by setting up a division called Uber Money. Among the initiatives Uber has in store is paying its more than 4 million drivers and couriers after each ride. It plans to do so through its no-fee mobile bank account, which it's integrating into the Uber Driver app.

The company is refreshing its Visa debit card to offer as much as six percent cashback on gas purchases. Drivers can use it to withdraw from their account at GoBank ATMs with no fees. Uber is also reviving its no annual fee credit card. Cardholders can earn five percent in Uber Cash when they spend money on Uber services, and up to three percent on other purchases.

Additionally, Uber is providing drivers and couriers with a digital wallet. Uber Wallet will give them an at-a-glance look at spending history, and a way to manage their money and make payments. It'll appear in the Uber Driver app in the next several weeks, and it'll be available through the Uber Eats and Uber apps too.

Uber plans to integrate Apple Pay and Google Pay with its wallet next year, Uber Money chief Peter Hazlehurst told CNBC. When that happens, drivers will be able to spend their earnings without having to cash out or use a physical debit card.

Uber's initially focusing on drivers and couriers with these financial services. Eventually, users might be able to claim their own bank account through the Uber Money platform.

It was reported last month that Uber was considering offering loans to drivers. It already does so in some countries, including India and Brazil. However, Hazlehurst said Uber hadn't determined whether it'd offer loans in the US. Drivers do have access to a $100 no-fee overdraft through the debit account, however.

Earlier this year, Lyft started offering drivers free bank accounts and its own debit card with cashback incentives. Uber will roll out the real-time earnings, the bank account and cards over the next few months.

Via: CNBC
In this article: apple pay, applepay, business, credit card, creditcard, debit card, debitcard, digital wallet, digitalwallet, gear, google pay, googlepay, payments, transportation, uber, uber money, ubermoney
All products recommended by Engadget are selected by our editorial team, independent of our parent company. Some of our stories include affiliate links. If you buy something through one of these links, we may earn an affiliate commission.