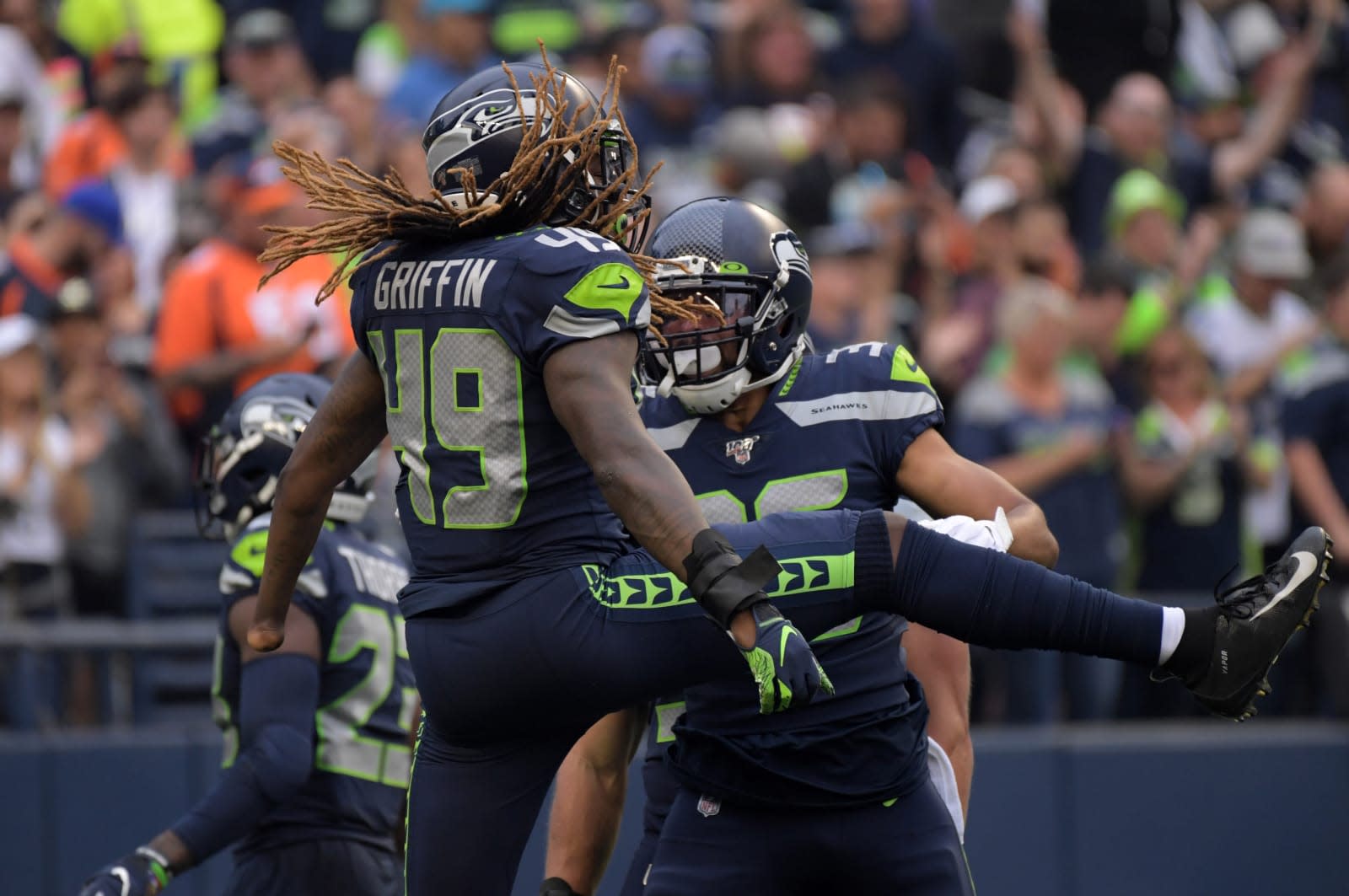 After developing FlyEase shoes based on Lebron and Jordan models, Nike has adapted its technology for zip-up basketball sneakers to a whole new sport: football. These unique cleats are made for a (so far) one-of-a-kind athlete -- Seattle Seahawks linebacker Shaquem Griffin. Griffin is in his second season as an NFL player, but unlike many others on the field during Monday Night Football, he has one hand. His left hand did not fully develop due to amniotic band syndrome and was amputated at age four.

Similar to the FlyEase models we've seen before, the Shaquem Griffin FlyEase football cleat manages to create a heel entry that's easier to put on for someone with one hand, while maintaining the structure and stability needed to make the powerful moves of a pro football player. That way Griffin can focus on his game, and not his shoes, which are making their prime-time debut tonight against the 49ers. 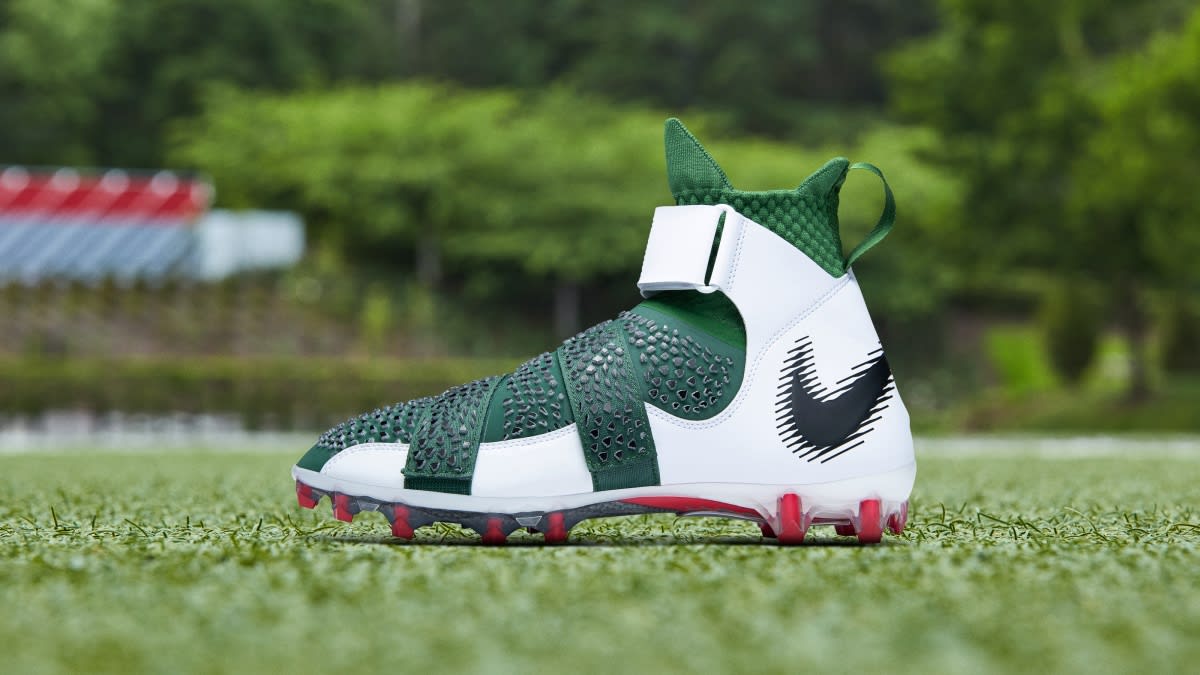 “"If you've got a wall in your way, don't jump over it. Knock it down." - Shaquem Griffin”
Nike

Nike has created shoes for many extraordinary players, and this one has had the usual process of prototyping, fit tests and direct contact with Griffin to get the cleat game ready. In order to perform the way he needs it to, the company is referring to it as more of a "battle sock," where instead of using laces to adapt the fit to its wearer's foot, it tightens with a three-strap system that secures both sides, and a knit cuff at the top that stretches so he can get his foot into it quickly. 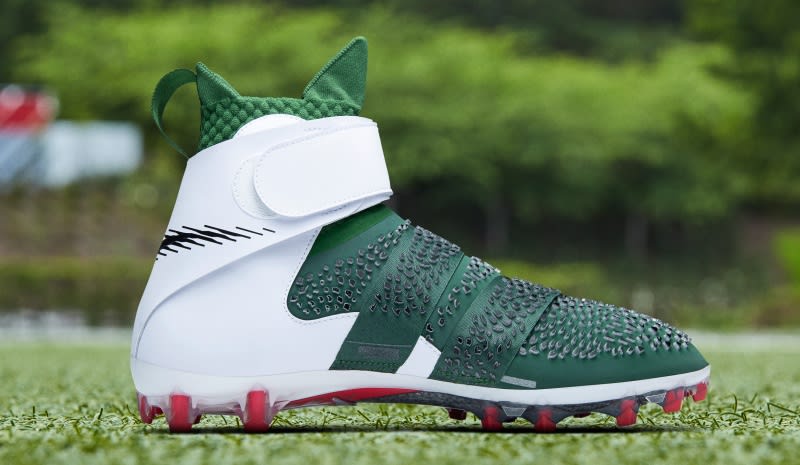 According to a Nike spokesperson, "We're really trying to create a natural extension of Shaquem's foot while still containing his foot over the plate because in reality, an NFL athlete is only looking for two things: augmented traction on the bottom of their foot and augmented protection around their foot." 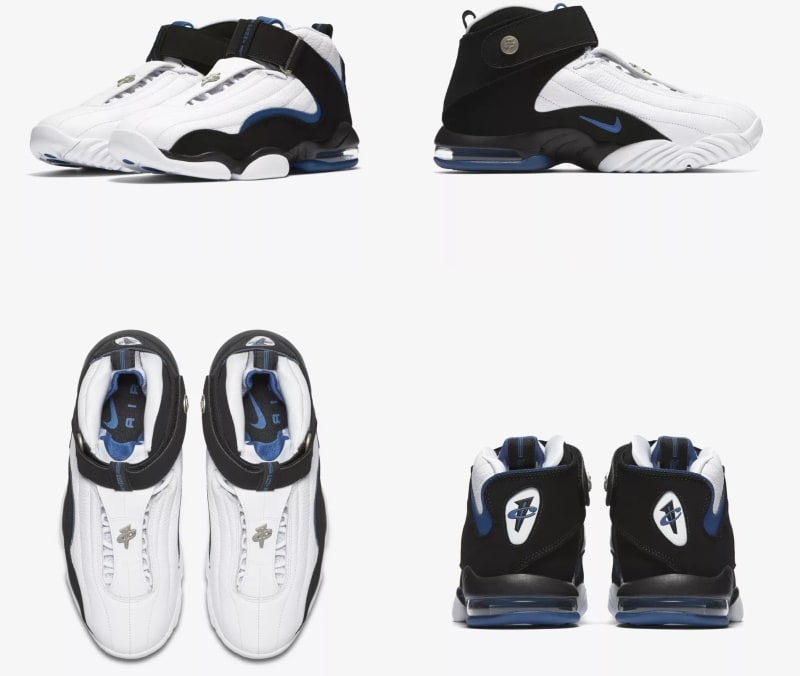 The lineage of the shoes and their technology tracks back further than just the LeBron VIII model that debuted in 2015, with elements of its wraparound strap seen in Penny Hardaway's iconic Penny IV sneakers more than two decades ago. And while the AJI High FlyEase took style and accessibility to a whole new level, putting these on the feet of a player expected to make key contributions in the bright lights of Monday Night Football does even more to highlight how everyone can be an athlete.

In this article: cleats, Flyease, football, gear, Monday Night Football, Nike, Seattle Seahawks, Shaquem Griffin, shoes, wearables
All products recommended by Engadget are selected by our editorial team, independent of our parent company. Some of our stories include affiliate links. If you buy something through one of these links, we may earn an affiliate commission.