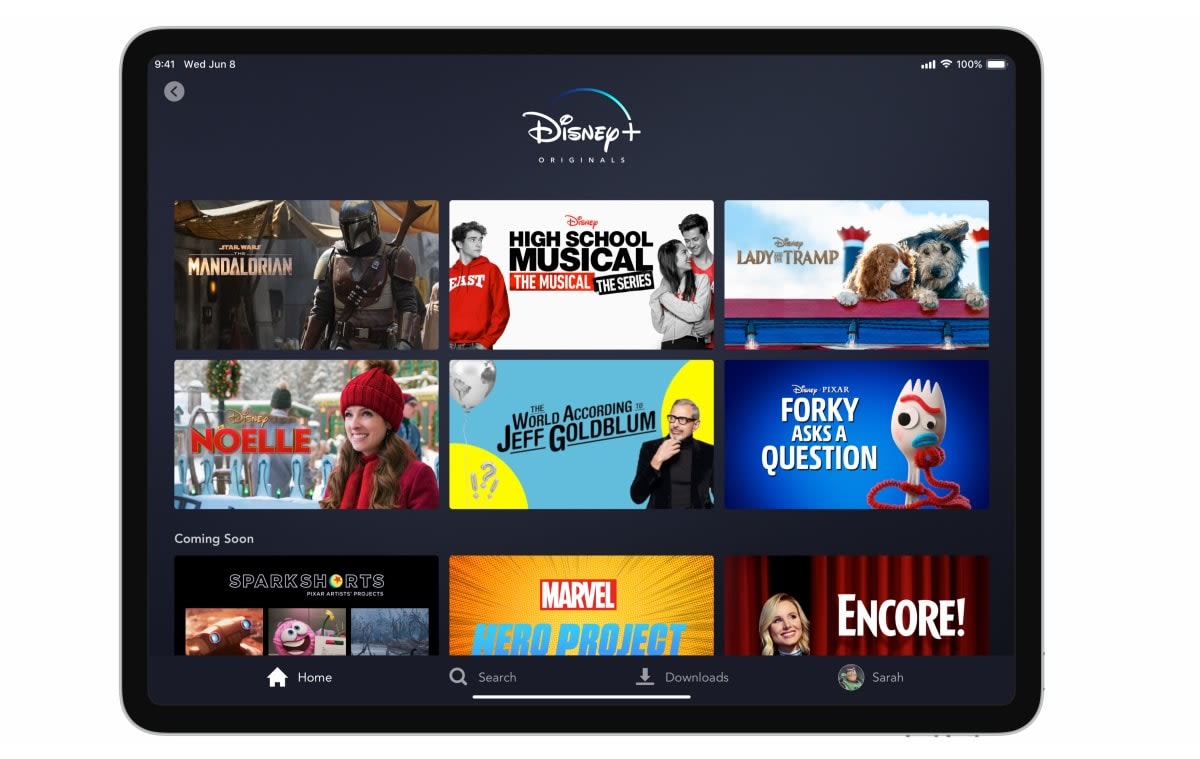 It's November 12th, and Disney has thrown the doors open on its streaming service Disney+. If you live in the US, Canada or the Netherlands, then you can get unprecedented access to the Disney vault as well as some interesting new original content. That includes most of the Marvel Cinematic Universe, The Mandalorian and more. Original shows on Disney+ won't drop all at once, so plan your binge-watching accordingly. Several new series premiered tonight, and they'll each add new episodes every Friday from now on.

While Disney, Pixar, National Geographic and Marvel all present tantalizing options, a last-minute surprise is the news that all of the Star Wars movies streaming right now are available in 4K Ultra HD, a first-ever for the first seven movies in the series. Other selections that are available for the first time with 4K and HDR include Hocus Pocus, Who Framed Roger Rabbit and Toy Story 1-3.

If you're looking for the apps, these are the devices supported at launch: Amazon FireTV and FireOS, Apple iOS, Android/Chromecast, Roku, Xbox One, PS4, LG webOS smart TVs and Samsung Smart TV.

As we'd heard earlier, Disney's apps are launching with many of the features we've seen its competitors slowly add over the years. Dolby Vision HDR and Dolby Atmos audio are here, along with support for downloading on up to ten mobile devices, up to four concurrent streams on each account, plus individual profiles so everyone can have their own queue.

What can you watch? Here's a partial list from Disney covering some of the "nearly 500 films and 7,500 episodes" available for viewing right now:

Source: Disney+
In this article: breaking news, Disney, Disney Plus, entertainment, internet video, Lucasfilm, Marvel, services, streaming, thebuyersguide
All products recommended by Engadget are selected by our editorial team, independent of our parent company. Some of our stories include affiliate links. If you buy something through one of these links, we may earn an affiliate commission.