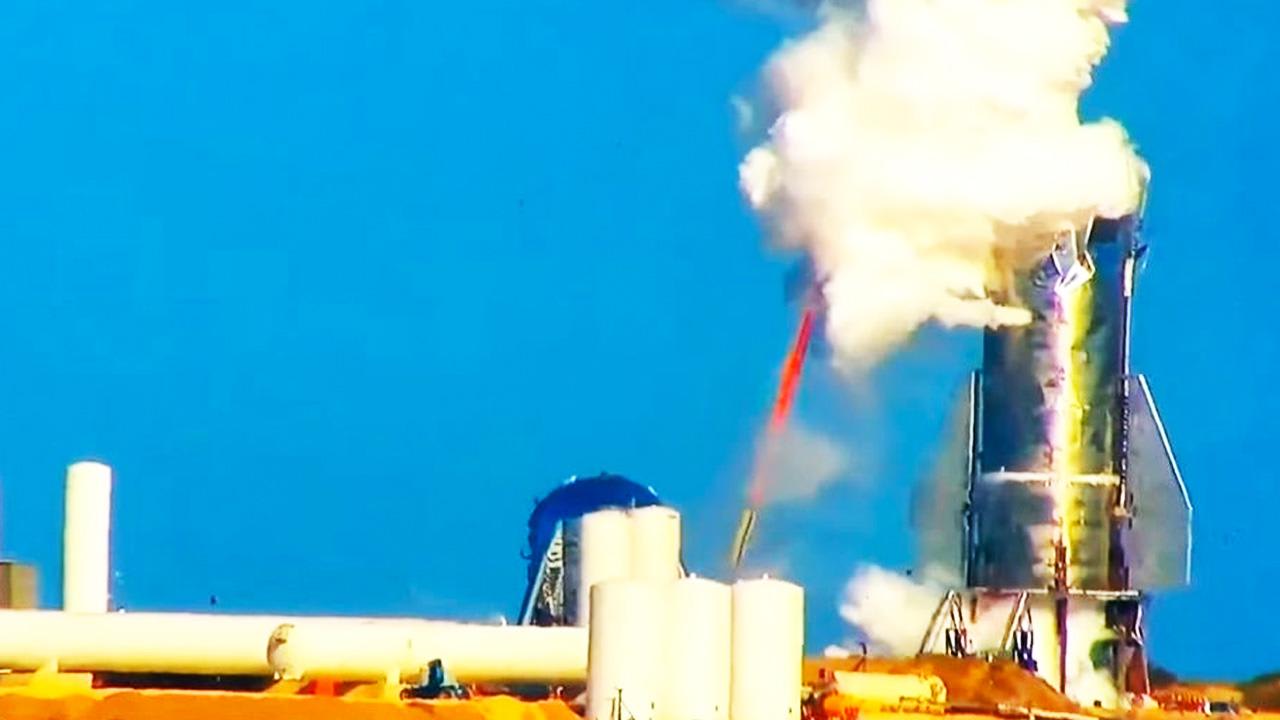 SpaceX has already moved on to manufacturing its next generation of 'Mk3' Starship frames, but the original model Elon Musk stood in front of two months ago popped open during an apparent "pressure test" at the company's Boca Chica, TX site. According to site watchers like LabPadre, the top flew some 500 feet in the air as cryofluid sprayed everywhere. In slow-motion, it appears that fluid started bursting from the sides first.

In response to a question on Twitter, Elon Musk called the Mk1 model a "manufacturing pathfinder," (Mk2 is under parallel construction in Florida) but noted the flight design is "quite different." Just last week, SpaceX announced Crew Dragon static fire tests had been performed successfully following a previous explosion, but now the streak is broken. Musk said at the September event that a suborbital flight for the Mk1 design could happen within one to two months, but that seems less likely after today. Whether or not the Mk3 model is still potentially ready to fly in December remains to be seen.

Update: SpaceX has issued a statement on the test, saying it's not a "serious setback."

The purpose of today's test was to pressurize systems to the max, so the outcome was not completely unexpected. There were no injuries, nor is this a serious setback.

As Elon tweeted, Mk1 served as a valuable manufacturing pathfinder but flight design is quite different. The decision had already been made to not fly this test article and the team is focused on the Mk3 builds, which are designed for orbit.

Absolutely, but to move to Mk3 design. This had some value as a manufacturing pathfinder, but flight design is quite different.

Source: LabPadre (YouTube)
Coverage: TechCrunch, NASASpaceflight.com
In this article: AOLoriginals, daily show, engadget, Engadget Today, engadget video, entertainment, space, spacex, starship, tomorrow
All products recommended by Engadget are selected by our editorial team, independent of our parent company. Some of our stories include affiliate links. If you buy something through one of these links, we may earn an affiliate commission.