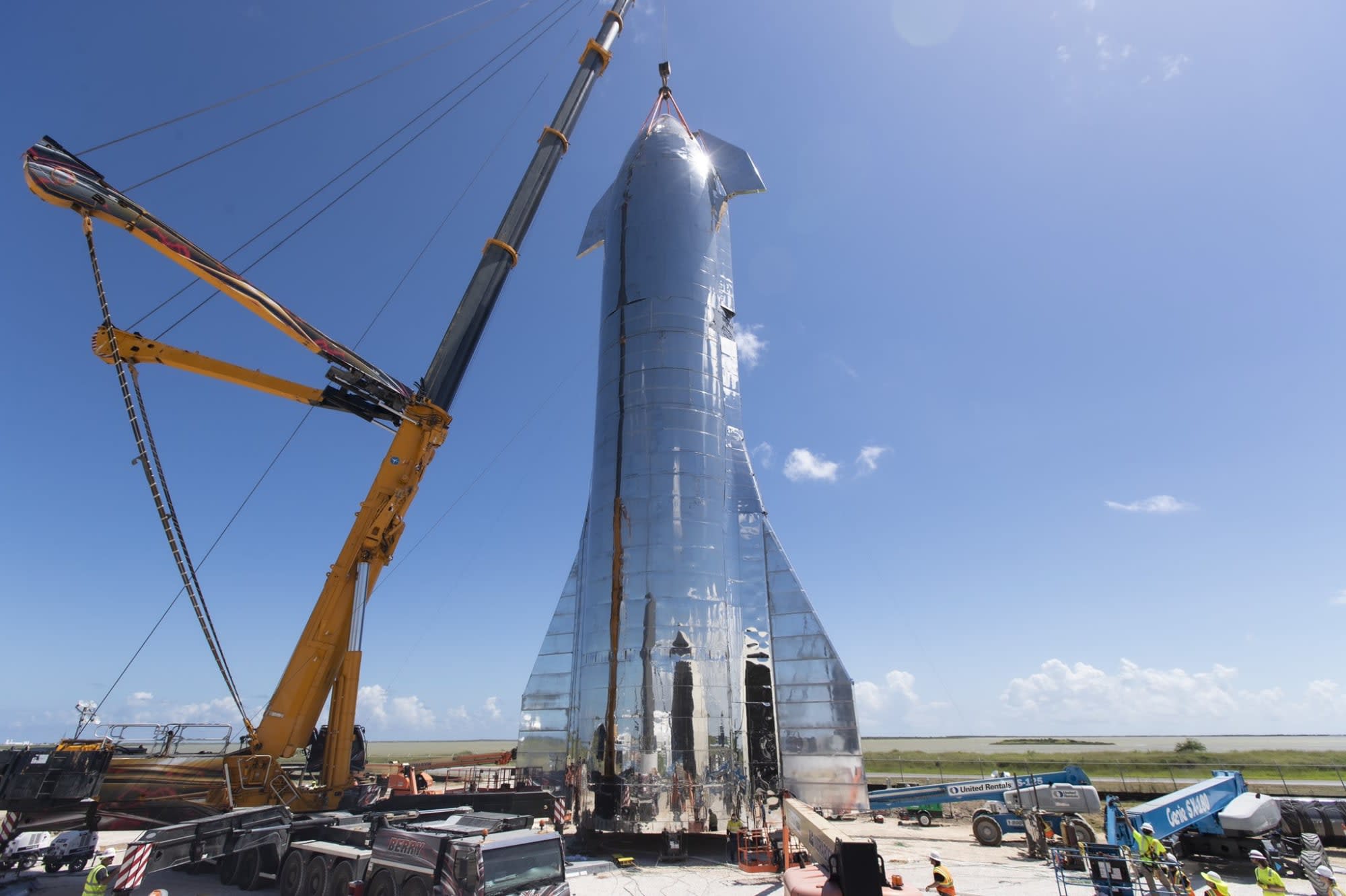 SpaceX's next-generation rocket, the Starship, is 50 meters long and powered by three Raptor engines, creating a whopping 12,000 kN of thrust. It is designed to haul large amounts of cargo and eventually passengers into space, for missions to the moon and potentially to Mars and beyond as well. After unveiling the design for the Starship Mk 2 last month, and also revealing an ambitious timeline for getting the craft into orbit, construction of three of the rockets has begun.

As reported by CNBC, aerial video of the company's facility in Cocoa, Florida shows gleaming towers of stainless steel which will become the rocket bodies. You can also see sets of rings on the ground stacked in doubles ready to be installed onto the rockets. The footage was captured by aerial photographer John Winkopp.

In addition to the two rockets being constructed at this facility, SpaceX is building a third Starship at its facility in Boca Chica, Texas as well. During the presentation of the Starship design, CEO Elon Musk revealed the company's plan to begin suborbital testing of the Mk 2 within one or two months, building on the progress made with the Starhopper prototype.

If testing of these Mk 2 rockets goes well, the company could begin construction on a Mk 3 version as early as next month.

In this article: elon musk, rocket, space, spacex, starship, tomorrow
All products recommended by Engadget are selected by our editorial team, independent of our parent company. Some of our stories include affiliate links. If you buy something through one of these links, we may earn an affiliate commission.