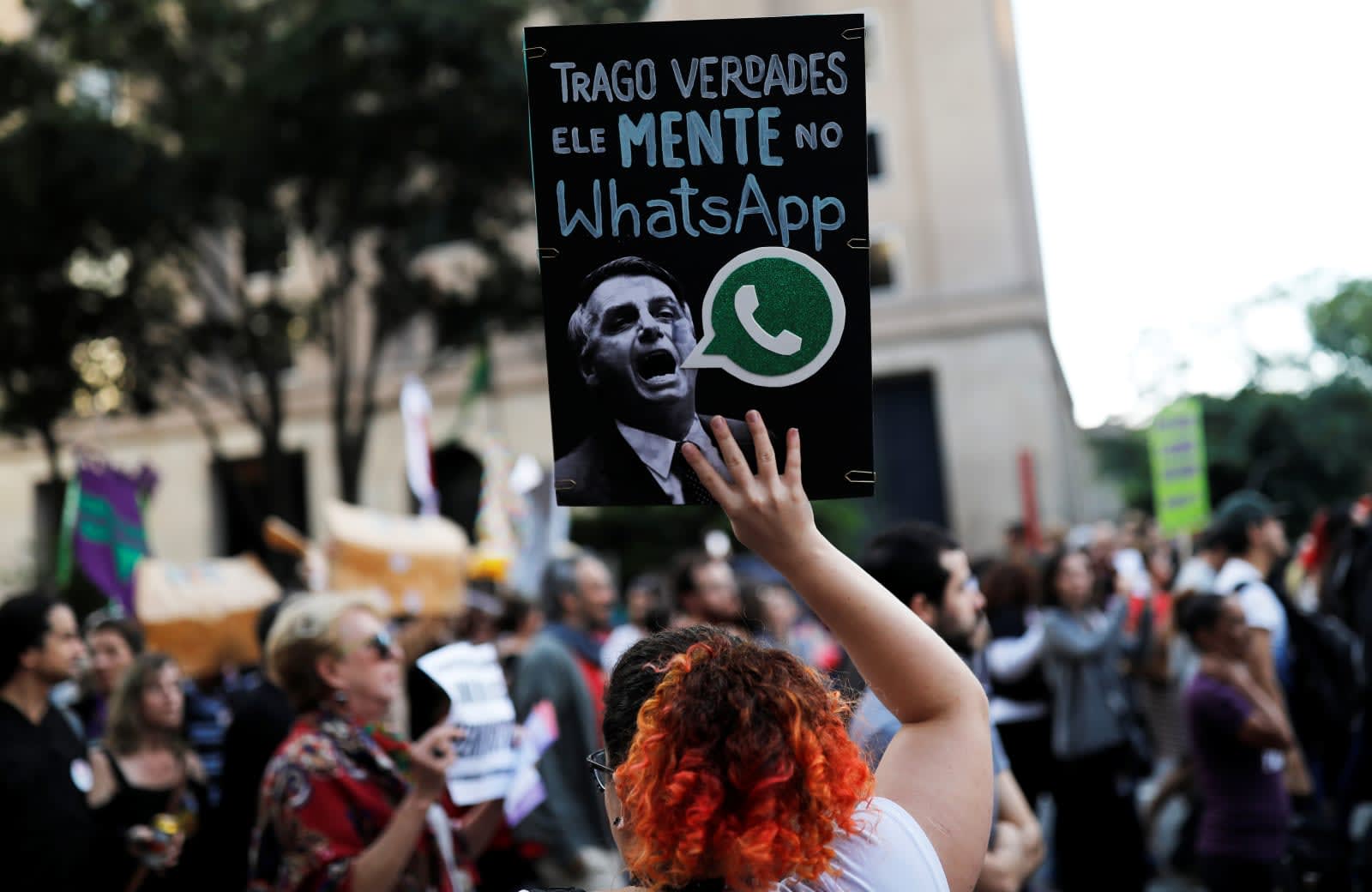 There's little doubt that Facebook had to deal with a ton of fake news during Brazil's 2018 election, but now it's clearer just how much was on its plate. A document submitted to an investigation of misinformation during the presidential election has revealed that WhatsApp banned over 400,000 accounts in Brazil between August 15th and October 28th of last year. While WhatsApp's privacy-protecting encryption prevented the team from banning users based on message content, it used behavior to crack down on "automated and bulk messaging activities."

There is evidence of a likely culprit, however. A Guardian data study indicated that the "vast majority" of false info shared on WhatsApp during the election favored far-right candidate Jair Bolsonaro, with 42 percent of sampled right-wing messages containing false claims versus just 3 percent for the left-wing camp. The eventual winner was also connected to a scandal where companies were using a "blast messaging" service to bombard WhatsApp users with messages attacking his rival Fernando Haddad. Bolsonaro's son, congressman Eduardo Bolsonaro, also railed against WhatsApp's decision to limit forwarding.

It's not certain that Bolsonaro or anyone else benefited from bogus WhatsApp claims. Just because someone received fake info doesn't mean they believed it or acted on it. All the same, this isn't particularly reassuring. It suggests that candidates, advocacy groups or both are increasingly aggressive in their online efforts to influence voters, and that social media giants like Facebook may have a lot of work to do if they want to reduce meddling in the 2020 US elections.

Source: ZDNet
Coverage: The Guardian
In this article: brazil, chat, election, facebook, fake news, gear, internet, jair bolsonaro, messaging, misinformation, mobile, politics, whatsapp
All products recommended by Engadget are selected by our editorial team, independent of our parent company. Some of our stories include affiliate links. If you buy something through one of these links, we may earn an affiliate commission.