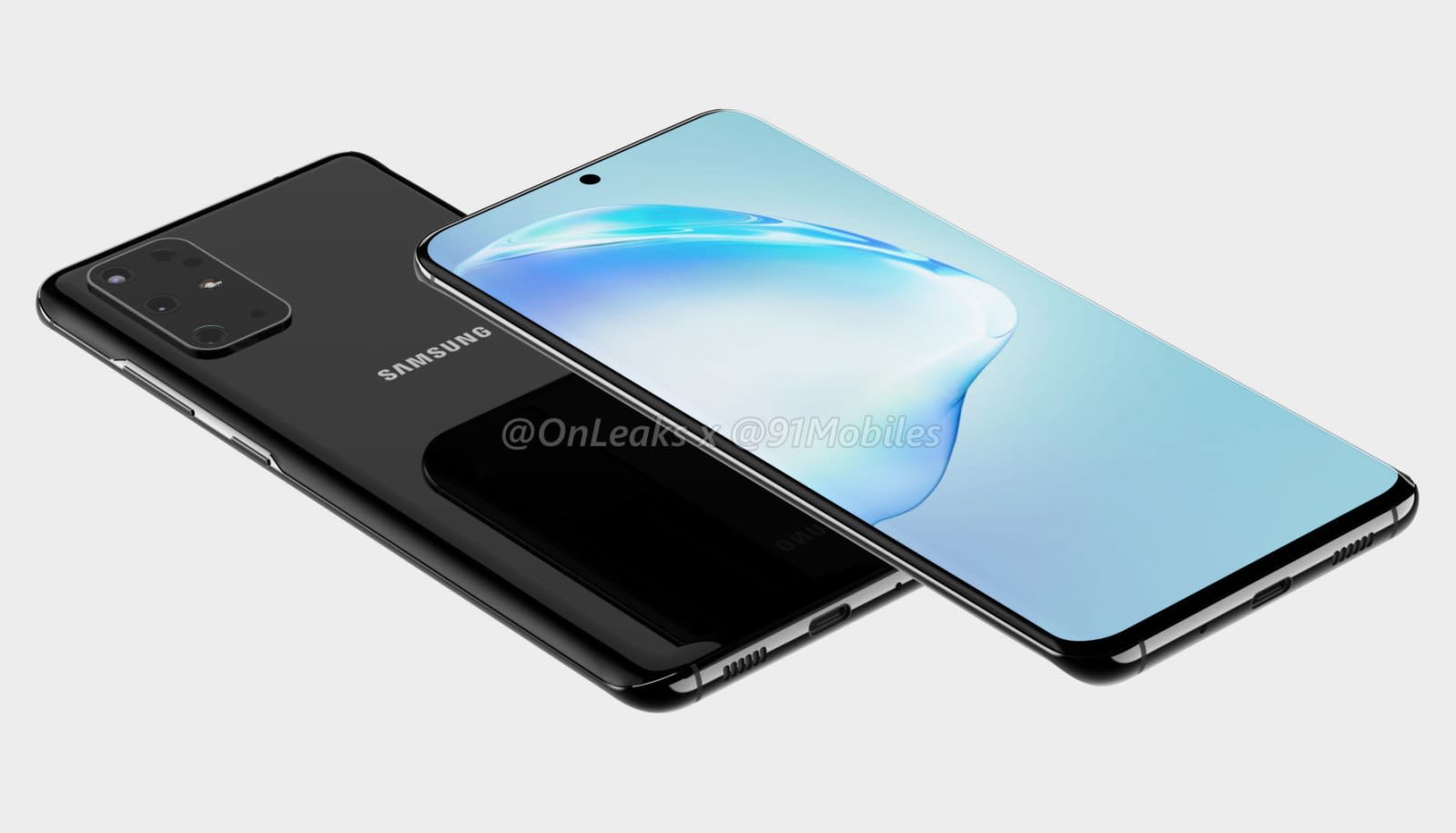 Reputed leaker @onleaks has unveiled new renders of Samsung's upcoming Galaxy S11 that show the selfie camera shifted from the right side to the center. The images, created by 91 Mobile, also show a new rear camera array, a screen that's more curved than the Galaxy S10, new button positions and more. The renders are based on a "very reliable and first level industry source," according to @onleaks.

If everything is accurate (and that's a big "if," given that Galaxy S11 isn't due to be released until next year), then the new camera position will likely be welcomed by buyers. As it stands now, taking selfies with the S10 can be a bit tricky due to the offset camera position.

Guess who is bringing you the very first and early look at the #Samsung #GalaxyS11...😏
As usual, 360° video + gorgeous 5K renders + dimensions, on behalf of my Friends over at @91mobiles -> https://t.co/ejj58wPNSH pic.twitter.com/QNS2dsyLp7

The lens array on the back has been moved from the center to the upper left, matching the camera position on the Galaxy Note 10. There would be two rows of cameras, with up to five separate lenses along with an LED flash. This could mean an even greater choice of zoom, wide-angle and possibly depth sensing cameras. The main camera will reportedly have a 108-megapixel sensor, first seen on the Xiaomi Mi Note 10. We could also see a 5x optical zoom, 8K video recording and more.

Other changes show a curvier screen, with more rounded corners and minimal side bezels. According to recent leaks, it could have a 6.7-inch 120Hz refresh on the AMOLED panel. The power and volume buttons have been moved to the right side, and Samsung may have eliminated the Bixby button. Unlike the S10, the renders show no dedicated headphone jack, unfortunately.

Samsung has already unveiled the Exynos 990 chip that will likely be used for the phone in Korea, but it'll reportedly pack a Snapdragon 865 chipset elsewhere. The phone will likely arrive in February next year, so this information is coming well ahead of time. Keep in mind that while @onleaks has a solid reputation for leaks, you'd still do well to take this with a grain of salt.

In this article: Galaxy S11, gear, Leak, mobile, onleaks, Render, Rumor, Samsung
All products recommended by Engadget are selected by our editorial team, independent of our parent company. Some of our stories include affiliate links. If you buy something through one of these links, we may earn an affiliate commission.