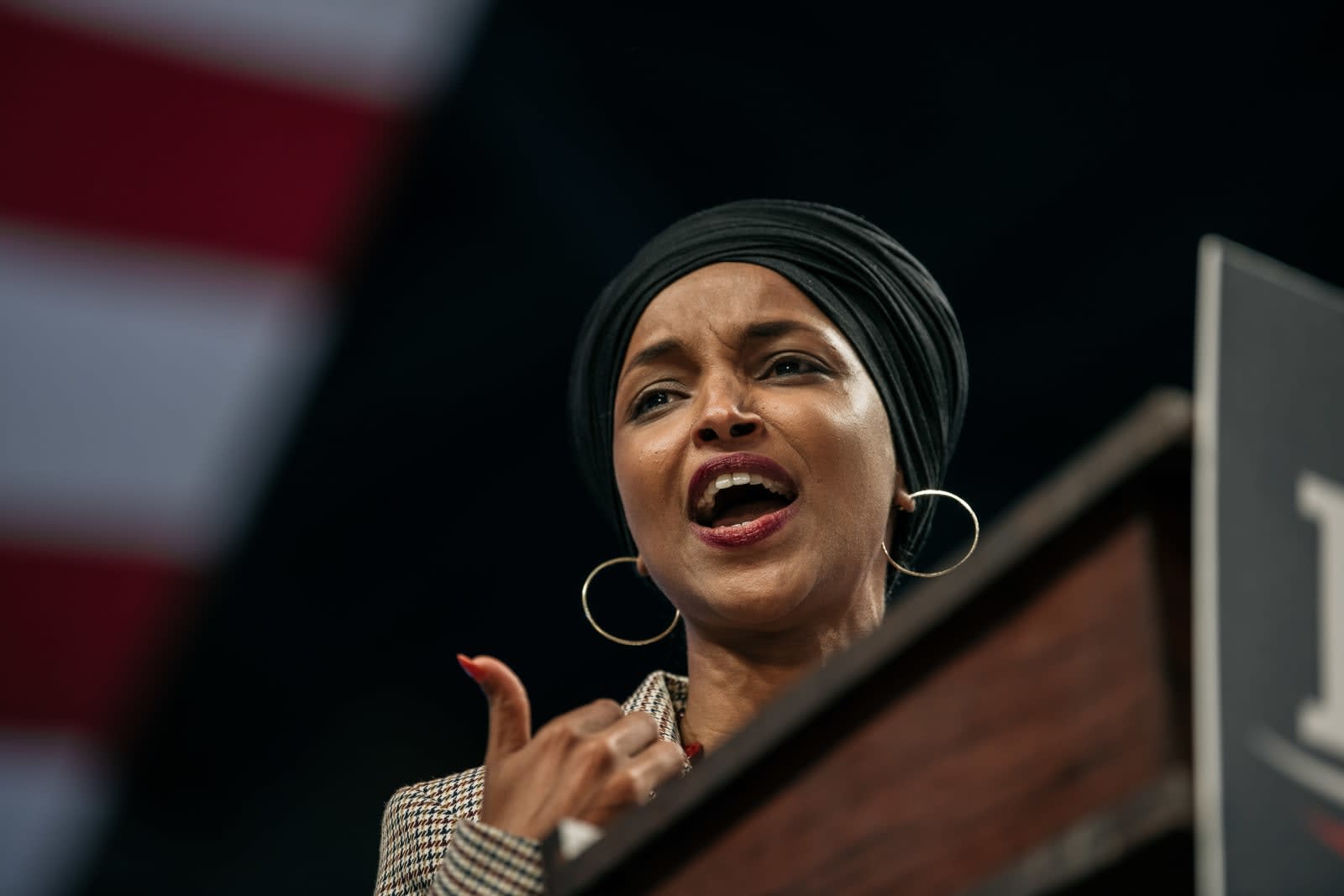 Twitter may be reluctant to crack down on politicians' tweets, but it still has its limits -- and one political candidate may have crossed the line. The social media giant has permanently banned Republican House candidate Danielle Stella's personal and campaign accounts for "repeated violations" of Twitter's policies. While it didn't elaborate on what those violations were, Stella's campaign suggested that her potential rival, incumbent representative Ilhan Omar, should be "tried for #treason and hanged" if she was found to have passed sensitive info to Iran through Qatar. That claim is unsupported by evidence. The posts may have violated Twitter policies forbidding the promotion of violence or threats.

Stella has denied that she was calling for violence against Omar, claiming instead that she was merely asking for the "enforcement of federal code." Omar has been the frequent target of threats, many of them due to conspiracy theories, and in a response argued that "violent rhetoric" like Stella's "inevitably" leads to threats and attacks.

Twitter declined to elaborate to Engadget beyond saying that Stella had violated rules. However, this could easily be interpreted as a show of force. While the social network has conspicuously avoided bans against sitting politicians with claims that it wants to preserve tweets with cultural importance, banning Stella shows that it doesn't have infinite patience. This might dissuade others from using violent language, at least until they get into office.

Via: New York Times
Source: Washington Times
Coverage: Ilhan Omar (Twitter)
In this article: congress, danielle stella, death threats, gear, harassment, house of representatives, ilhan omar, internet, politics, social media, social network, social networking, threat, twitter
All products recommended by Engadget are selected by our editorial team, independent of our parent company. Some of our stories include affiliate links. If you buy something through one of these links, we may earn an affiliate commission.