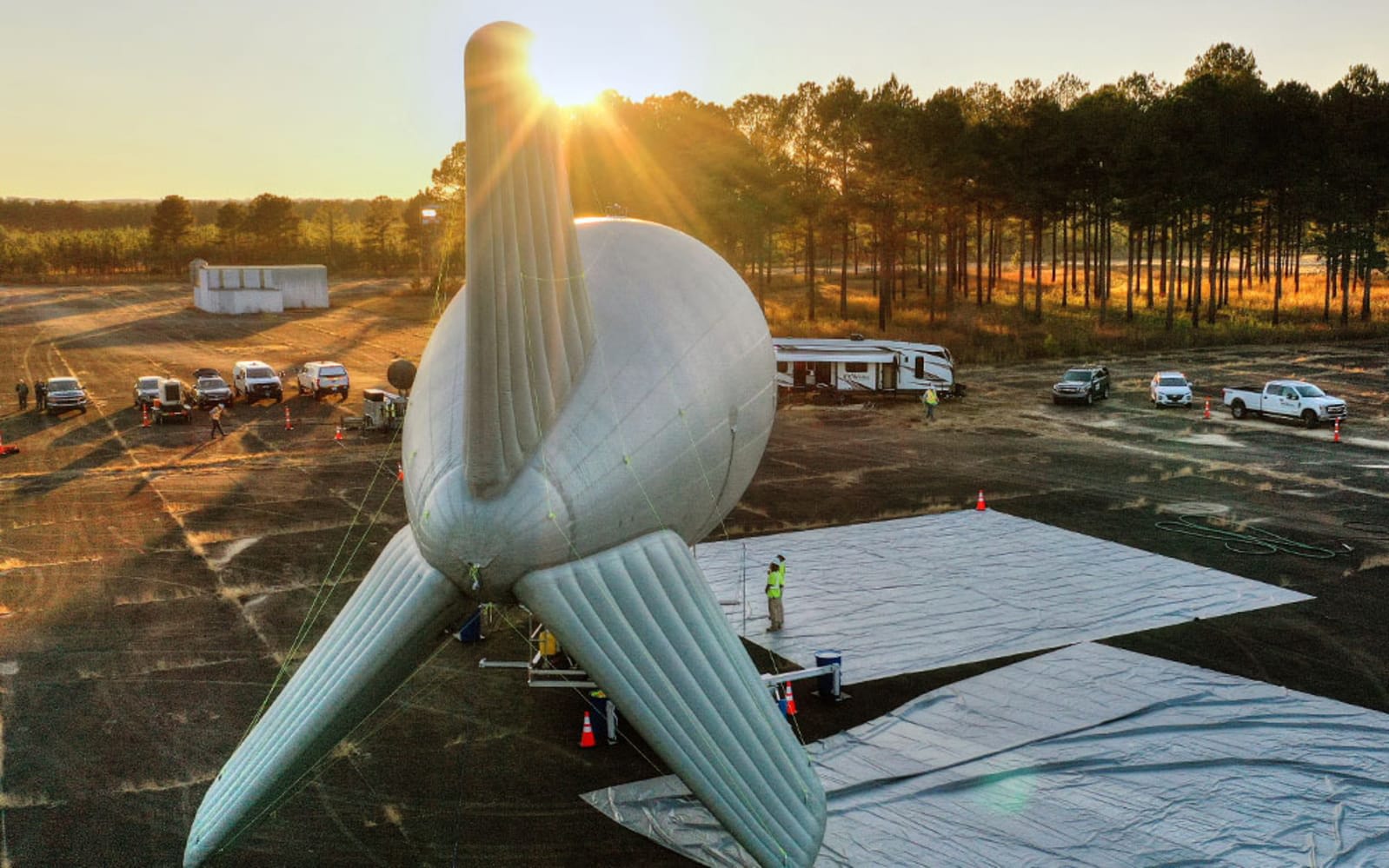 FirstNet, the nationwide broadband network for first responders being built with AT&T, just added a giant blimp to its arsenal. The 55-foot aerostat, dubbed FirstNet One, is meant to hover over disaster sites and provide wireless communication for first responders. AT&T says it will provide better coverage than FirstNet's other assets and be able to remain in the air for longer.

FirstNet One flies at 1,000 feet, which means it can cover more area than other solutions. It is fully operational in wind up to 50MPH, and it can withstand wind speeds of up to 70MPH. It's able to remain airborne for up to two weeks before it needs a shot of helium, and by using FirstNet One, AT&T will be able to deploy fewer smaller assets.

AT&T and FirstNet tested the blimp in Tuskegee, Alabama. It hasn't been sent to a disaster zone yet, but AT&T says it could be used in the event of hurricanes, flooding or wildfires. FirstNet One will be available to all FirstNet subscribers -- more than 10,000 public safety agencies and organizations have signed up.

Alphabet's internet-relaying balloons have served a similar function during disasters. After Hurricane Maria, the Alphabet company Loon provided internet to 100,000 people in Puerto Rico, and after an earthquake in Peru, its balloons broadcast LTE service. As we saw in those instances, the biggest challenge was getting the balloons to the disaster site.

Source: AT&T
In this article: aerostat, att, blimp, business, disaster, first responder network, first responders, firstnet, firstnet one, internet, mobile, public safety, services, wireless
All products recommended by Engadget are selected by our editorial team, independent of our parent company. Some of our stories include affiliate links. If you buy something through one of these links, we may earn an affiliate commission.