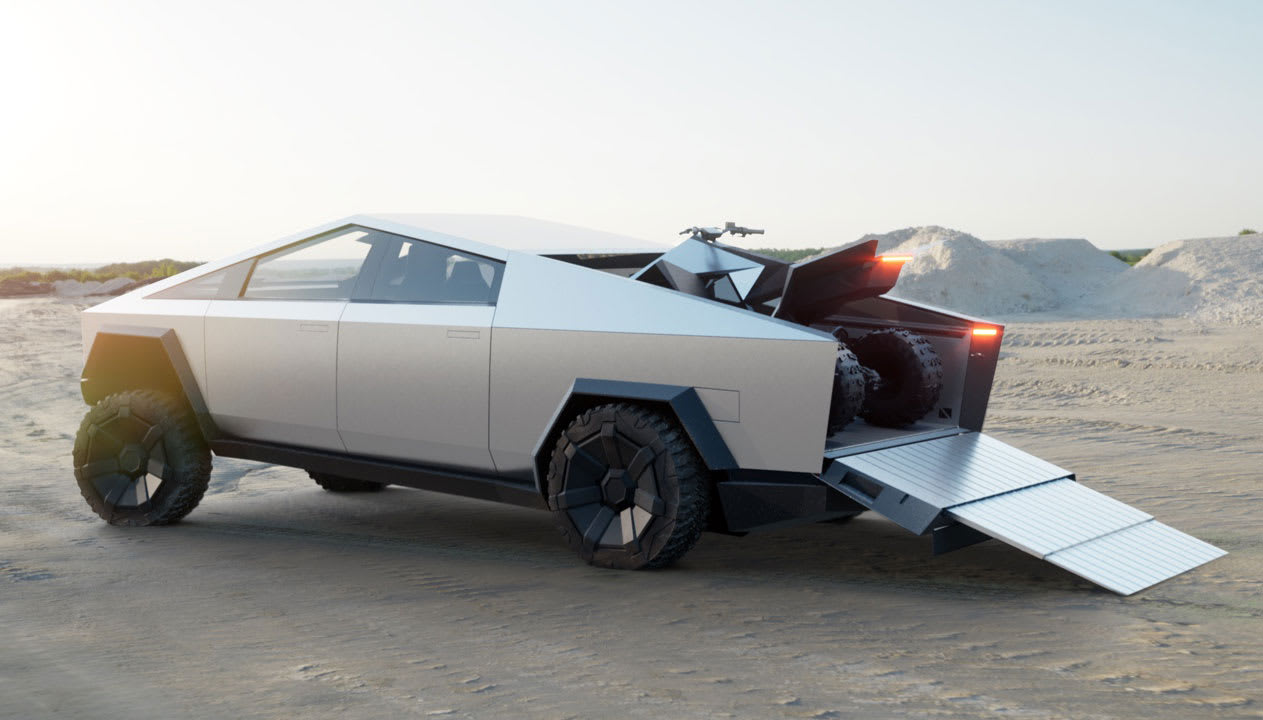 Tesla has said precious little about its Cyberquad electric ATV, but it's now sharing one of the most important details: when you can expect to get one. Elon Musk told Twitter followers that Tesla was planning to release the ATV at the same time as the Cybertruck, or late 2021. Pricing, performance and other details are still unknown, but you won't be deprived of electric off-roading if you're an early adopter.

Musk also toyed with the prospect of designing an electric dirt bike for those who prefer two-wheeled adventures, although he didn't say how serious he was about the prospect. You can forget about an electric motorcycle, though. Musk felt motorbikes were "too dangerous," citing a near-fatal collision with a truck when he was 17. Brands like Zero won't have anything to fear from Tesla, then.

We'll aim to have it come out same time as truck. Two seater electric ATV designed to work with Cybertruck will be fun! Electric dirt bikes would be cool too. We won't do road bikes, as too dangerous. I was hit by a truck & almost died on one when I was 17.

Via: Electrek
Source: Elon Musk (Twitter)
In this article: all-terrain vehicle, atv, cyberquad, cybertruck, electric atv, electric vehicle, elon musk, ev, gear, green, tesla, transportation
All products recommended by Engadget are selected by our editorial team, independent of our parent company. Some of our stories include affiliate links. If you buy something through one of these links, we may earn an affiliate commission.