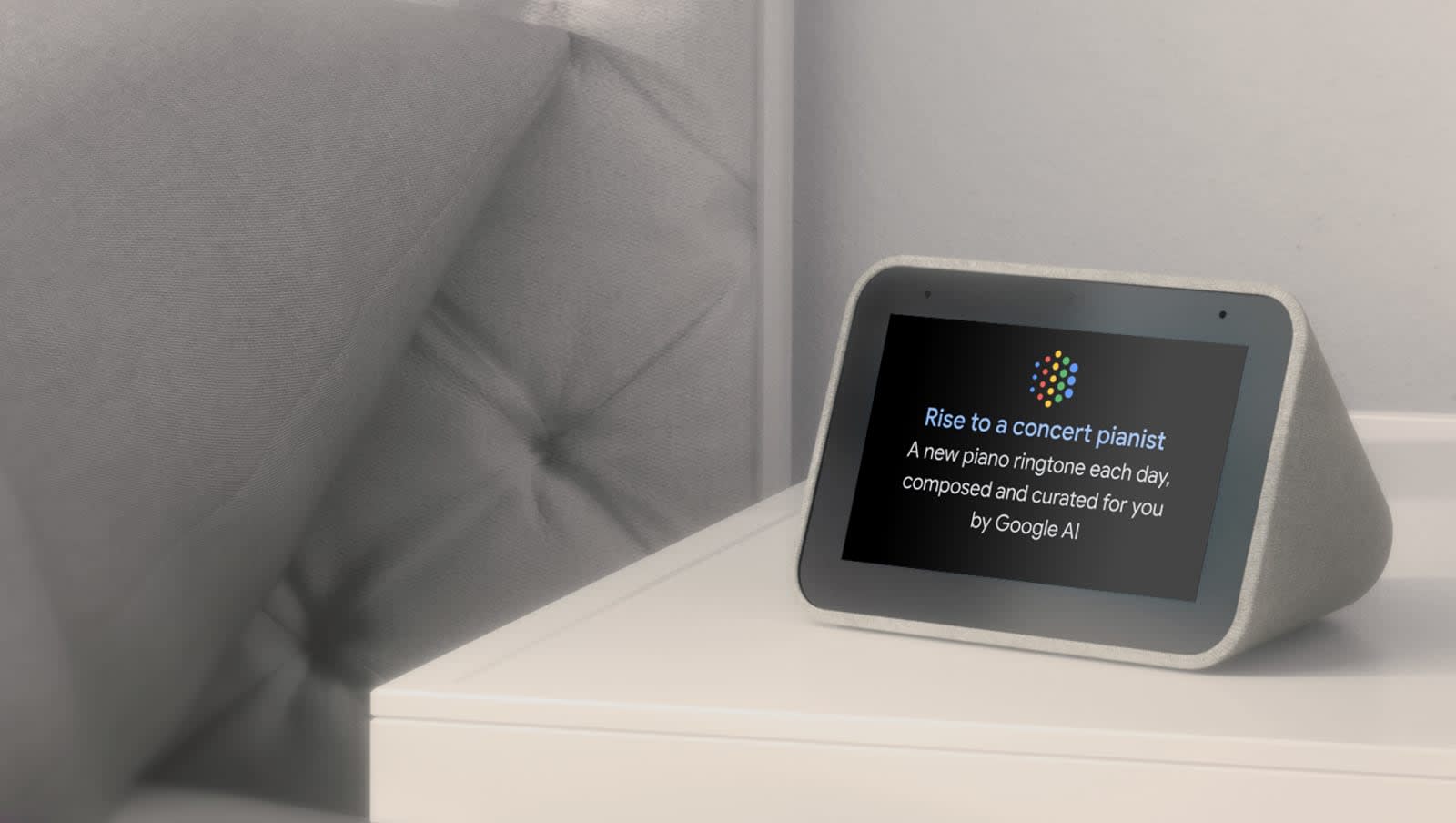 An update on its way to Lenovo Smart Clock will add a Google Assistant option that can switch up the alarm ringtone based on factors such as the time of day and the weather. In fact, Google's AI can create and curate the piano ringtones for you.

Machine learning tech from the Magenta project powers the feature, which is called Impromptu. Google gave an example of a somewhat upbeat tune you might hear if it's early in the morning and less than 50 degrees outside.

Other changes in the update include more control over how long an alarm lasts (now up to an hour), a music recommendation card for snappier access to your playlists and better handling of automatic brightness. The latest Lenovo Smart Clock update is rolling out worldwide today.

In this article: ai, alarm clock, alarmclock, artificial intelligence, artificialintelligence, assistant, gear, google, google ai, google assistant, googleai, googleassistant, home, lenovo smart clock, lenovosmartclock, music, ringtone, ringtones
All products recommended by Engadget are selected by our editorial team, independent of our parent company. Some of our stories include affiliate links. If you buy something through one of these links, we may earn an affiliate commission.