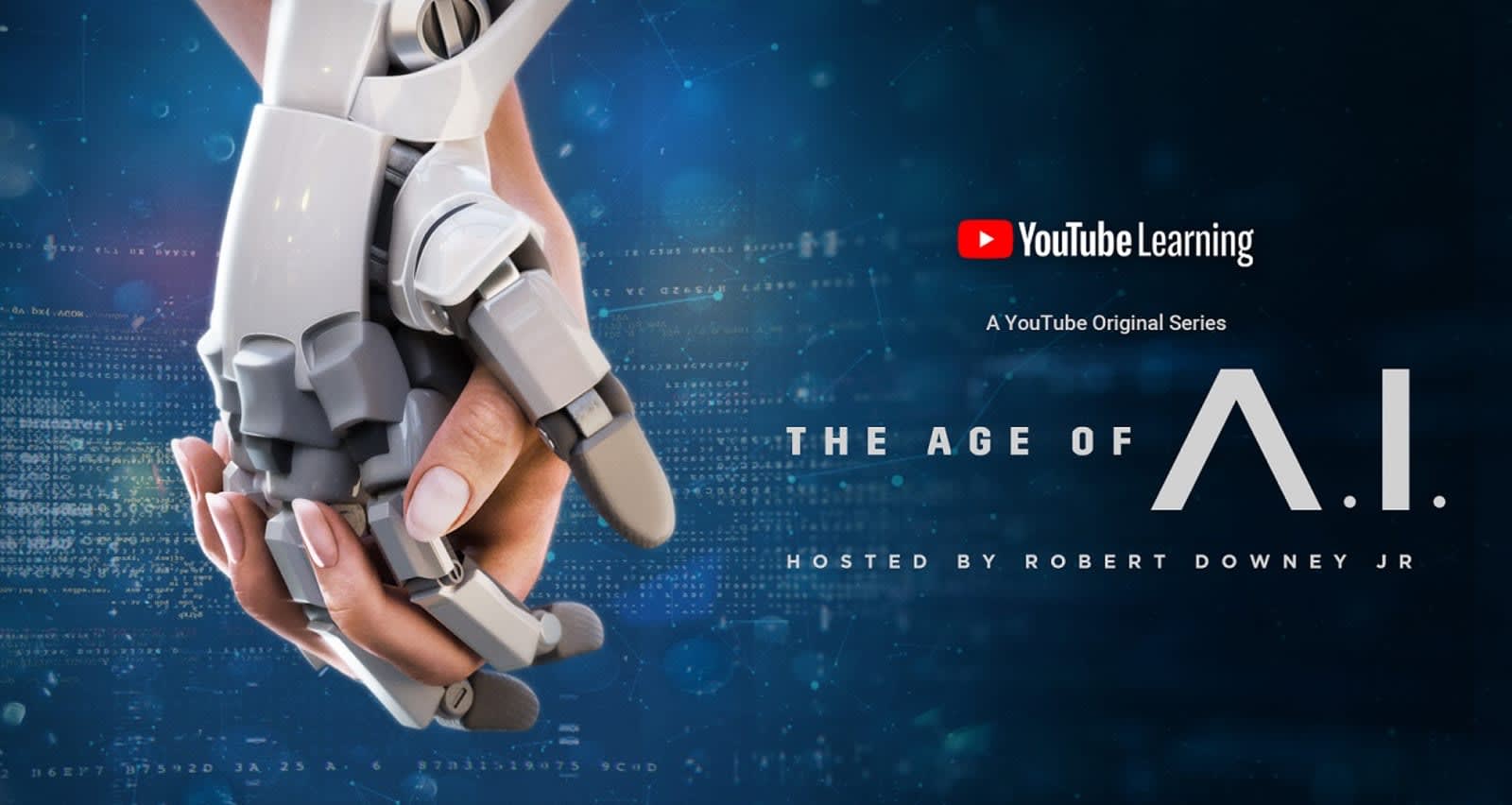 If you're going to throw megabucks at a show about AI, you'd better make sure you've got the right host for it -- and most would agree that YouTube's decision to get Robert Downey Jr, aka Iron Man, on board for their multimillion dollar The Age of AI endeavor was a pretty good shout. Announced last year, the eight-part show lands on YouTube on December 18th. Episodes will be released weekly, but if you're a YouTube Premium subscriber, you'll be able to binge the first four straight away.

The show takes a deep dive into artificial intelligence -- a technology it poses as the most transformative in the history of humankind. Each episode showcases those at the forefront of the tech, including scientists and innovators, as well as the real people whose lives stand to be changed forever as AI tackles some of the world's biggest challenges. Expect appearances from some big names and, of course, RDJ's textbook irreverent enthusiasm that's certain to make this one a flagship show for YouTube.

In this article: AI, av, design, entertainment, gadgetry, gadgets, Robert Downey Junior, robots, technology, TV, YouTube
All products recommended by Engadget are selected by our editorial team, independent of our parent company. Some of our stories include affiliate links. If you buy something through one of these links, we may earn an affiliate commission.