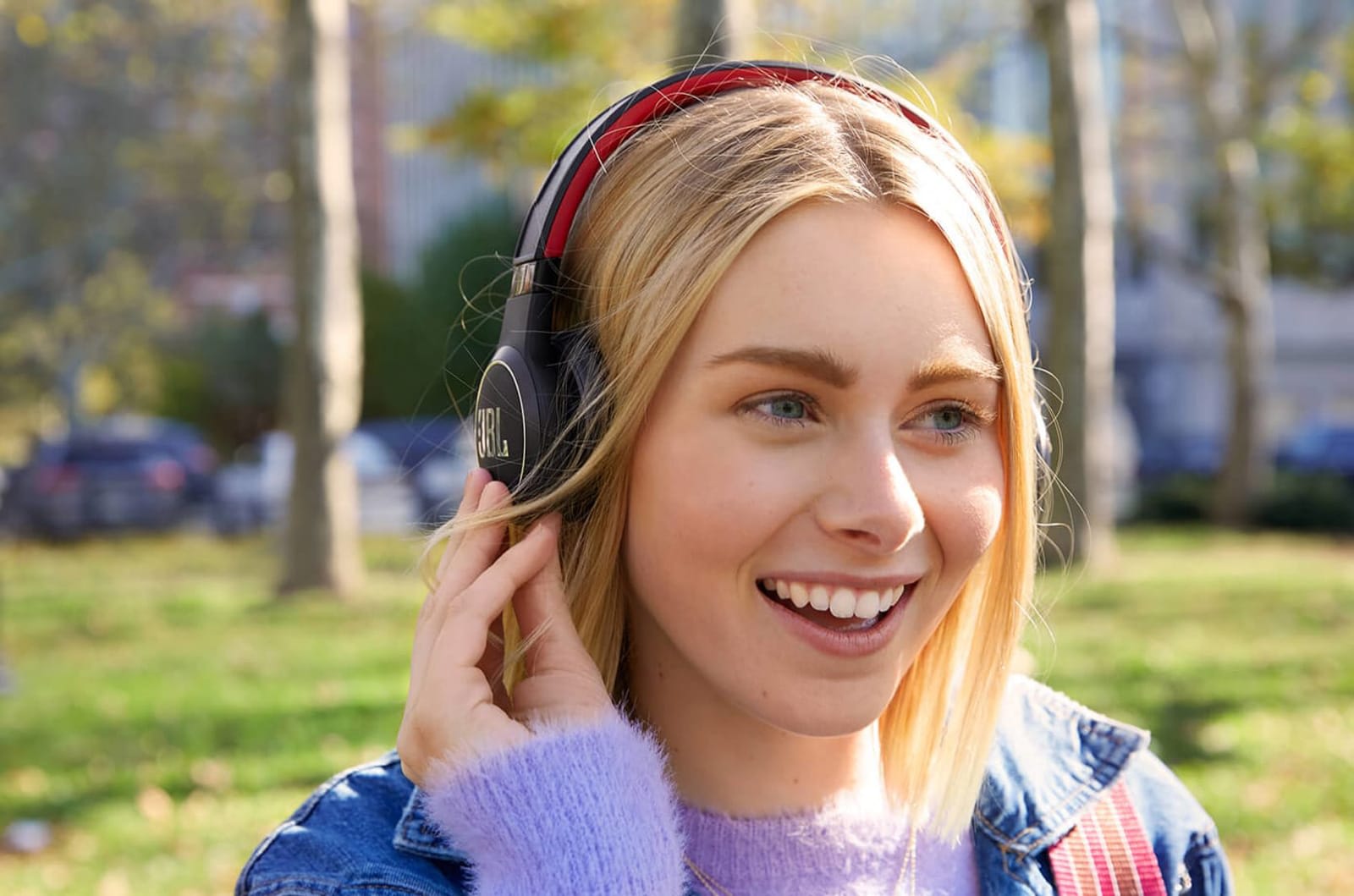 Wireless headphones are perpetually hamstrung by their batteries. They only last a few hours on a charge, and you're sapping energy from the electrical grid every time you top them up. JBL believes it has an alternative, though, and it's asking for your help to make it a reality. The Harman brand is crowdfunding Reflect Eternal over-ear headphones whose solar power theoretically gives you "virtually unlimited" listening.

The key, according to JBL, is Powerfoyle material from Exeger that, like Logitech's solar keyboards, can draw energy from indirect and indoor light as well as the Sun. Unless you prefer to listen in total darkness, your cans will always be charging. JBL estimates that an hour and a half of outdoor time is enough for 68 hours of listening if you're starting with a fully-charged battery. Even if the conditions aren't nearly as favorable (say, winter), there's a good chance you won't have to plug in. There is a backup, of course -- you can plug the headphones in through USB and get two hours of playback in 15 minutes.

These are otherwise garden variety headphones. They pack 40mm drivers with a 20Hz to 20kHz frequency response range, hands-free calling, a mode to amplify ambient audio, multi-device pairing and control over your voice assistant of choice. They're even IPX4-rated, so they can endure some rain or gym sweat.

JBL has already met its crowdfunding target for the Reflect Eternal, so pledging $99 before the campaign's end on January 14th makes it highly likely that you'll get a pair around the estimated October 2020 release date. At this point, it's mainly a question of whether anything will change between now and launch. JBL and Exeger are using the crowdfunding to gauge feedback and tweak the design, so there's a possibility that complaints you have now might be addressed by the time you can start listening.

Source: Indiegogo, Business Wire
In this article: audio, av, crowdfunding, exeger, gear, headphones, indiegogo, jbl, powerfoyle, reflect eternal, solar, solar power, solar powered, solar-powered, video
All products recommended by Engadget are selected by our editorial team, independent of our parent company. Some of our stories include affiliate links. If you buy something through one of these links, we may earn an affiliate commission.