The best audio gifts, from headphones to DJ gear

Headphones, speakers and music-making gear for the audiophile on your list.
Engadget|11.11.19
@engadget

We're sure there's at least a few audiophiles, music lovers and musicians on your shopping list. It's hard (and sometimes a bit pricey) to get them gifts you know they'll love. But over the course of the year we've tested and reviewed countless speakers, headphones and even synthesizers and we're confident in saying these gifts will make almost anyone happy. Whether they like making music or just listening to it, we've got some solid holiday shopping suggestions.

On the music-making side, 2019 has all about going small, portable and affordable. There's a dirt-cheap synth, portable MIDI controllers and a powerful music computer for the artist on your list. We've also got an amazing-sounding smart speaker to recommend, not to mention some top-notch true wireless earbuds and a stellar pair of time-tested wired headphones. Because, let's be clear: New isn't always better. And what you really want to get your friends and family is the best, not necessarily the latest. 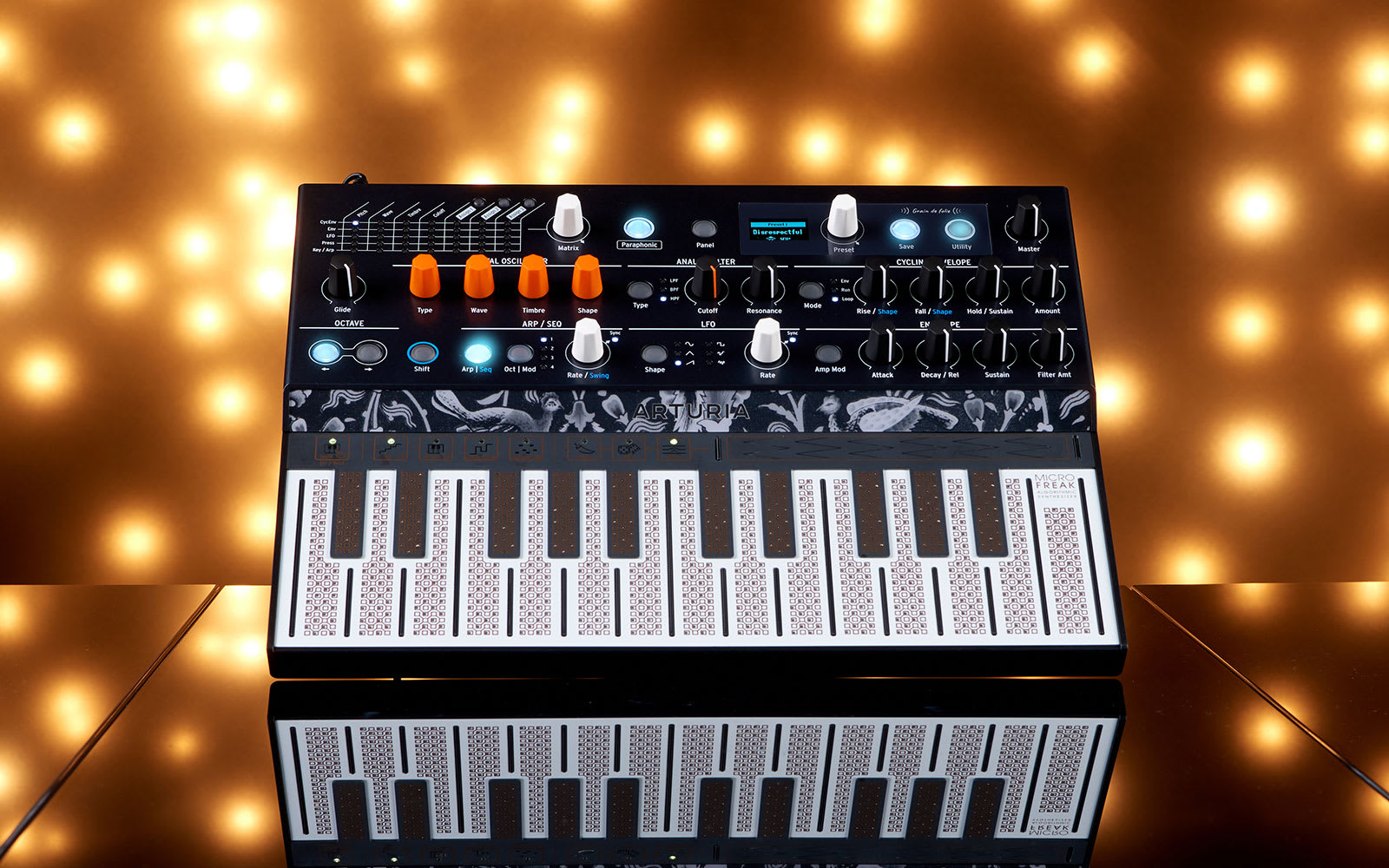 The synth lover in your life has no doubt heard of Arturia. The company is known for building affordable yet impressive instruments. The $299 MicroFreak is not only that but also something more. This little synth is a tiny bit of wackiness that any keyboardist would want in their lineup, even if it's just to point to it and say, "That thing is nuts."

Yet the MicroFreak's eccentricities come with impressive features like 11 digital oscillator modes. All of those are pushed through an analog filter, so the end result is a surprisingly warm sound from a source of zeros and ones. Plus, it just looks cool. Whether it's onstage or in a room surrounded by other gear, it's going to turn heads with its sound and design. -- Roberto Baldwin, Senior Editor 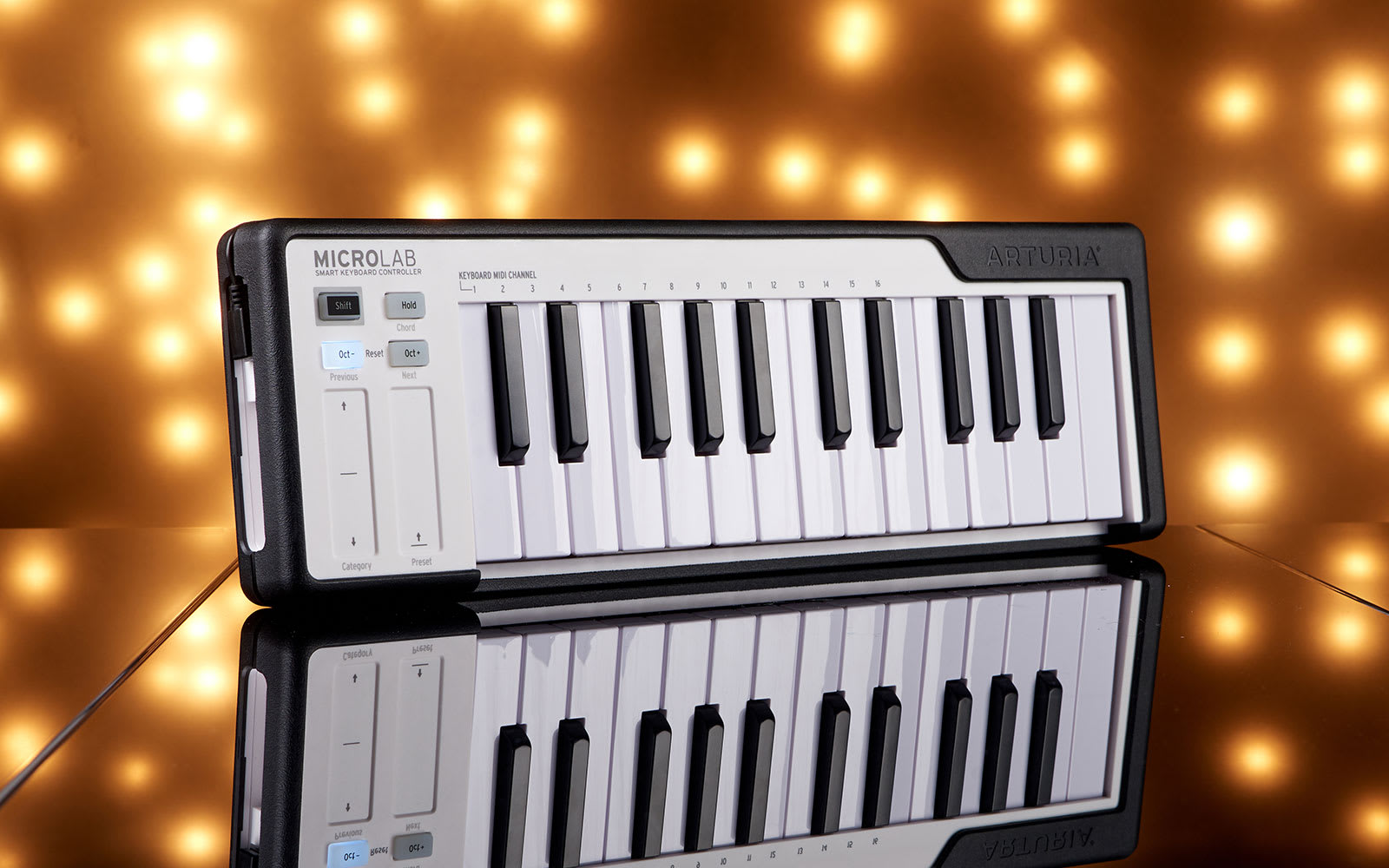 If the musician in your life finds inspiration while on the go, the Arturia MicroLab MIDI controller might be perfect for them. The two-octave, slim keyboard looks stylish, comes in three colors and has a clever USB cable for connecting to computers and mobile devices. The MicroLab's colorful rubber edges not only keep the cable secure but also protect the edges of the keyboard. That's an absolute must for the musician on the move or if the person you're giving it to is a bit of a klutz. Plus, it has the best-feeling keys of any MIDI controller under $150. In fact, the MicroLab comes in well under $100 -- so it'll make your traveling musician happy without cutting too deep into your gift-giving budget. -- R.B. 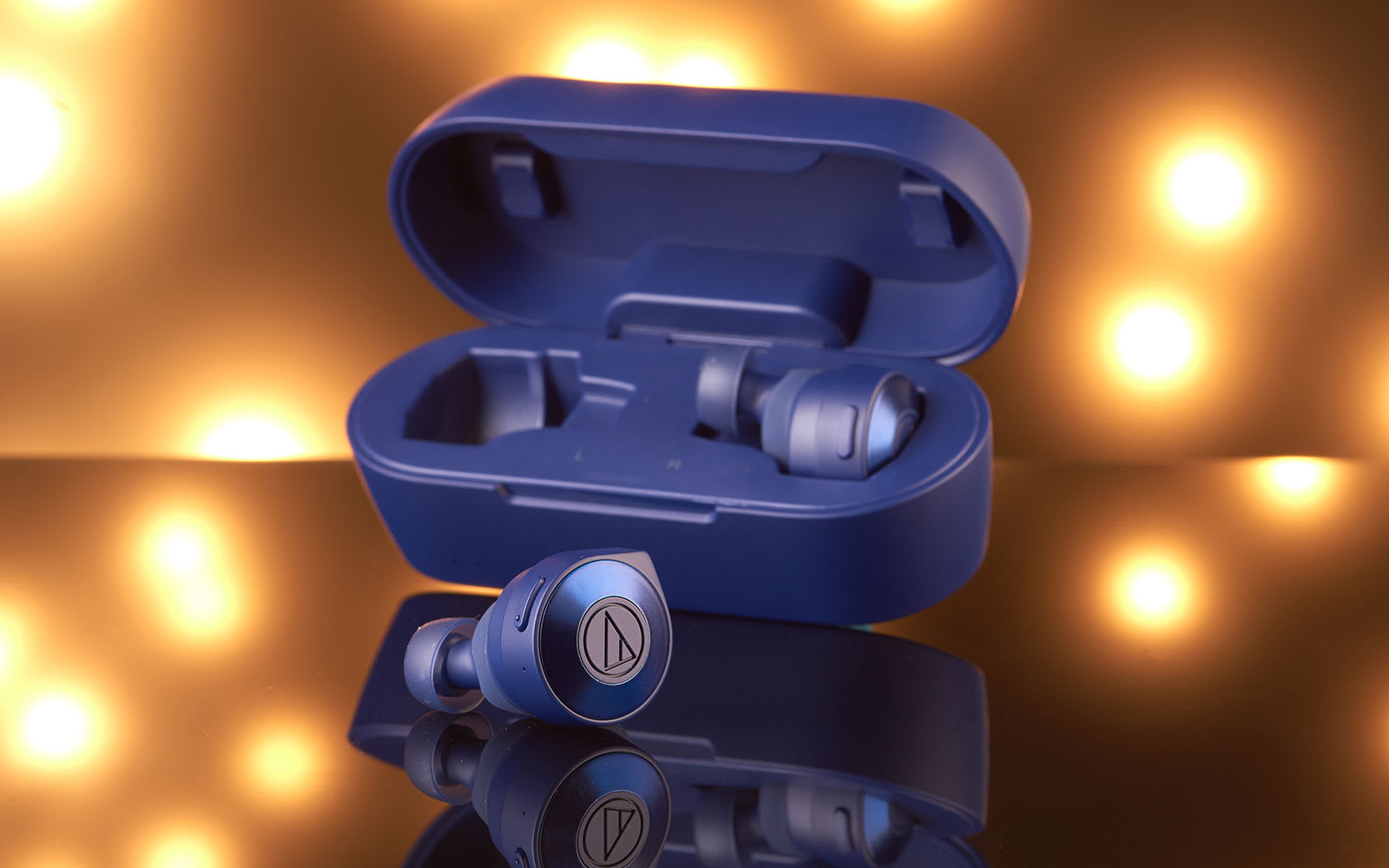 Some of our favorite true wireless earbuds only cost $169. If you can't splurge for the best available, the ATH-CKS5TW are a great option that will save you a little cash in your gift budget. Audio-Technica boasts 15 hours of battery life, with an additional two charges off the included case. In terms of sound quality, the company's 10mm drivers with dual-layer diaphragms create a wide sound stage with impressive clarity and plenty of bassy thump. And if the person on your list needs to use these for calls, the ATH-CKS5TW employs Qualcomm's Clear Voice Capture to keep them sounding their best. -- Billy Steele, Senior News Editor 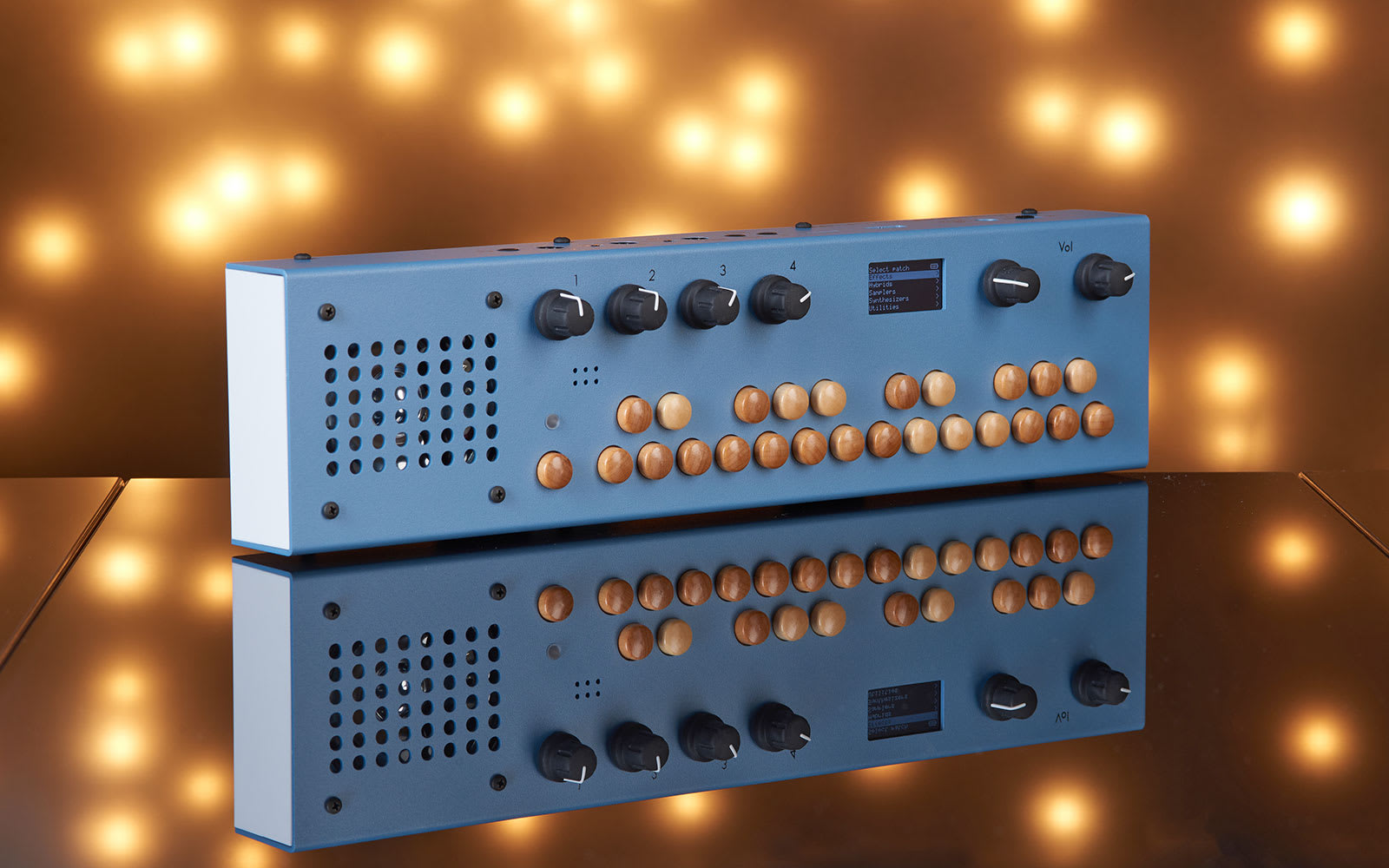 Critter & Guitari create some of the most unique-looking music gear on the market. If the musician on your list is into craft breweries and decorates their house with Etsy prints, there's a good chance anything from Critter & Guitari will make them excited. But even if they're more hard-core nerd than hipster, they'll be happy to unwrap the weird but awesome and hackable Organelle M ($595).

See, it's not actually a synth. Instead, it's a battery-powered computer that plays patches built in Pure Data, a visual programming language. It sounds complex and indeed it can be, but it's also easy to pick up and just start creating music. Since it's based on Raspberry Pi, any musician into circuit bending or programming will be at home digging around the digital guts of the Organelle M. -- R.B. 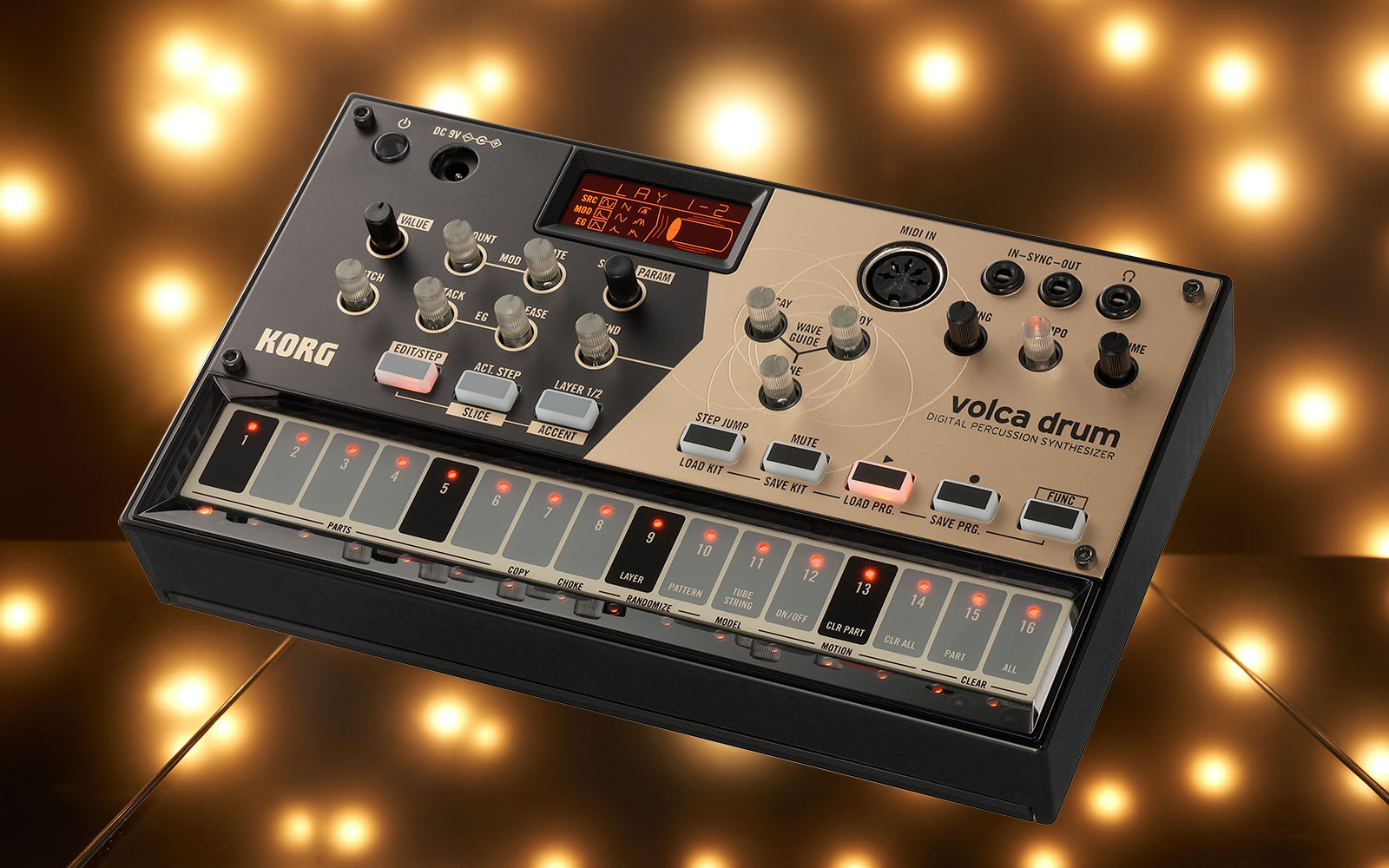 Give the gift of sick beats. Well, not actual beats. Give the gift of creating sick beats without breaking the bank. Korg's lineup of small, inexpensive instruments has expanded quite a bit in recent years. And the $150 Volca Drum, a physical-modeling drum synth, is perhaps the most impressive in the entire range.

This little drummer box supports the usual 16-step sequencer for creating a backbone of kicks and snares, but it can also be used to create complex, evolving rhythms. Your giftee can even tune the different parts to create something both percussive and melodic. Also, thanks to its compact shape and battery power, as soon as they rip open this present they'll be able to immediately start creating their next masterpiece. -- R.B. 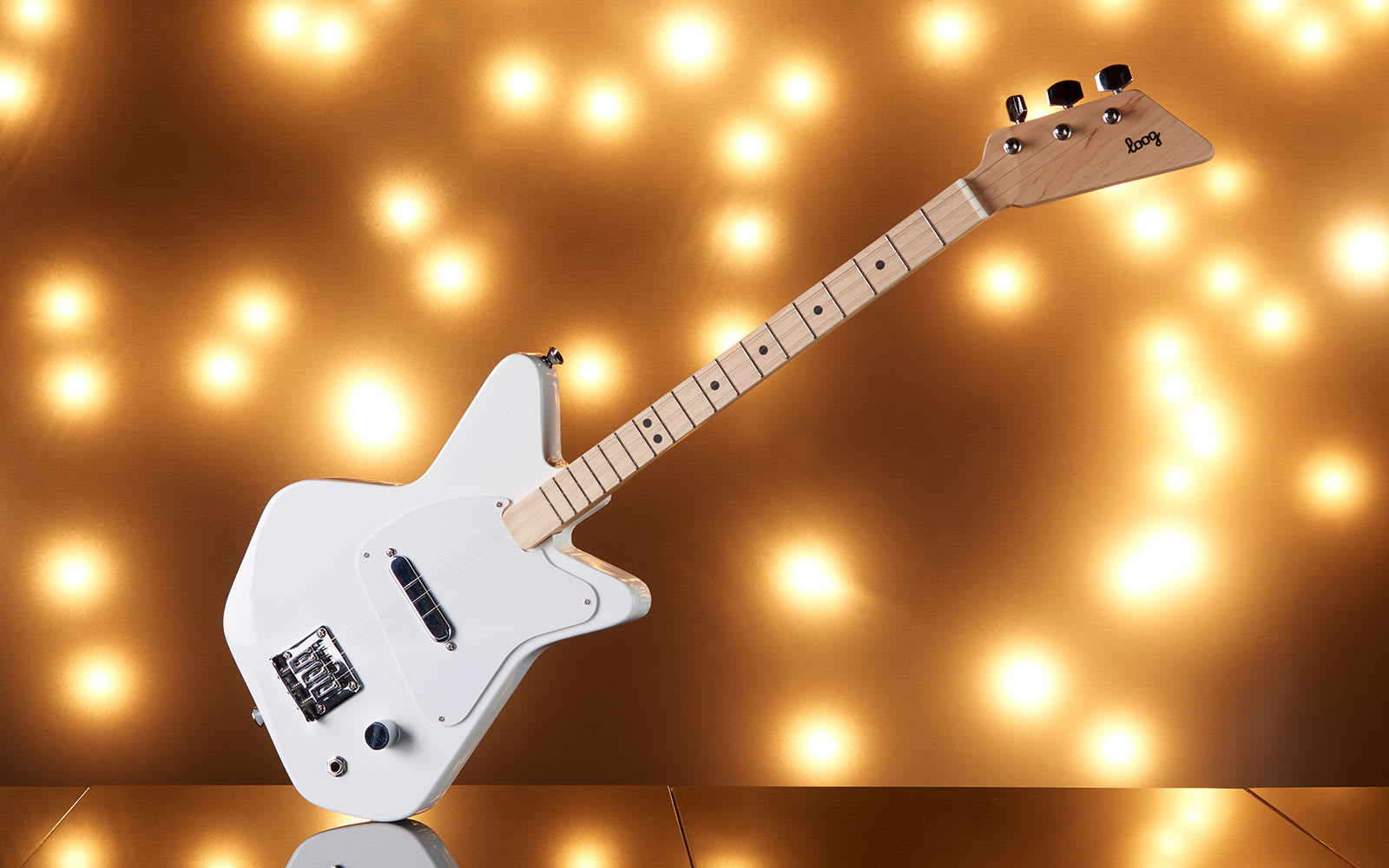 Learning to play guitar can be daunting for a child. Guitars are built for adults, and six strings can be too much for tiny hands to handle. So before the budding rock star in your life gets a Stratocaster, maybe get them a three-string Loog guitar ($79). The company sells a range of guitars that come with a free companion app that teaches chord basics and strumming, and it even includes songs from popular acts like the Beatles and Taylor Swift. For those times when they're away from a screen, Loog has flashcards to help them learn chords. Of course, you can also get this guitar for an adult who has everything and is always on the lookout for something a bit different. -- R.B. 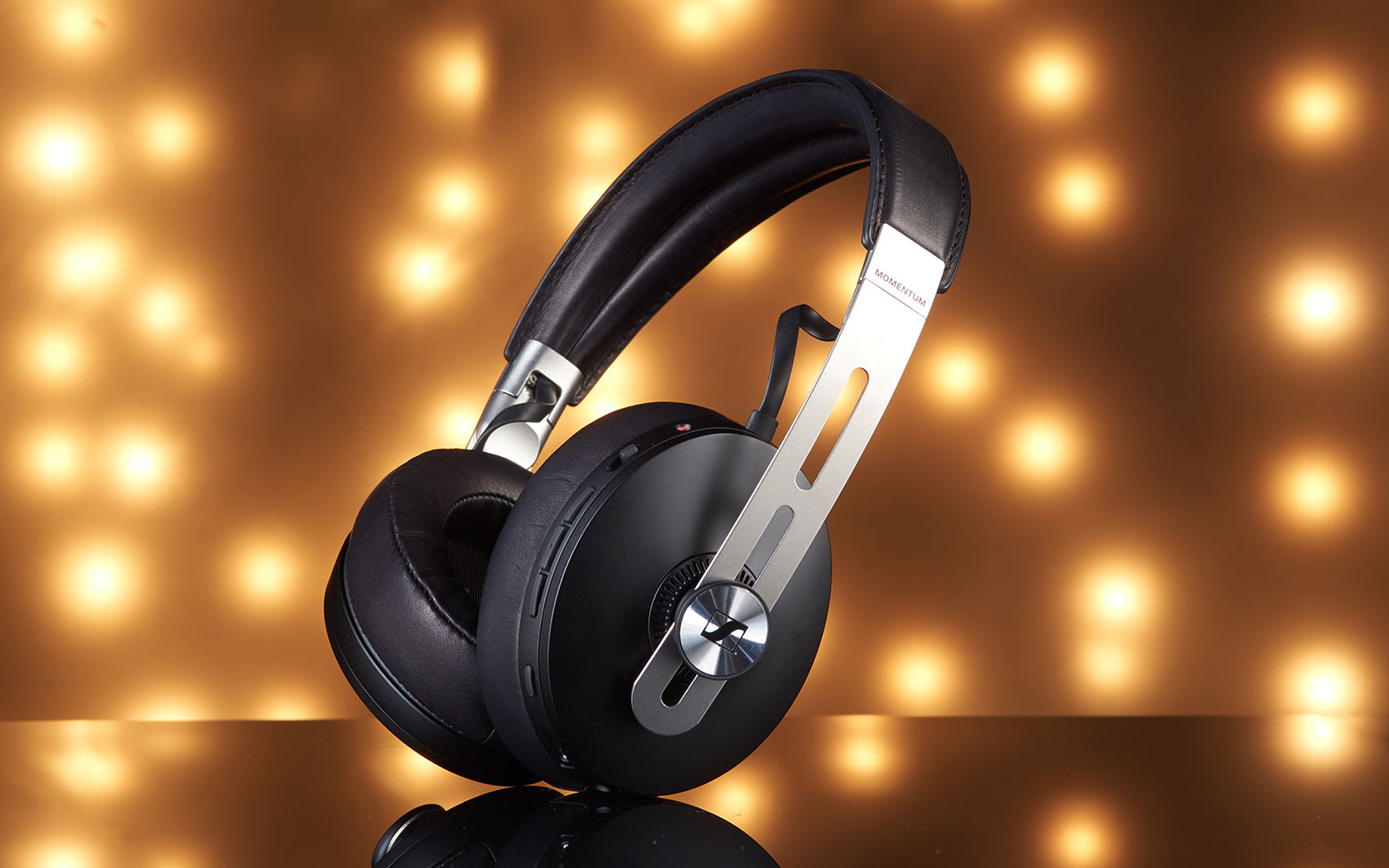 Sennheiser's Momentum headphones have consistently been a solid option for a few years now. This year, the company completely redesigned its over-ear model, adding a host of new features for the $400 set. The battery life is lacking compared to similar models from Sony and others, but the sound quality here is great. Sennheiser also provides reliable touch controls and a comfy fit that holds up during several hours of wear. Active noise cancellation is solid in most environments, and the overall design is a departure from the mostly plastic models we typically see from the competition. -- B.S. 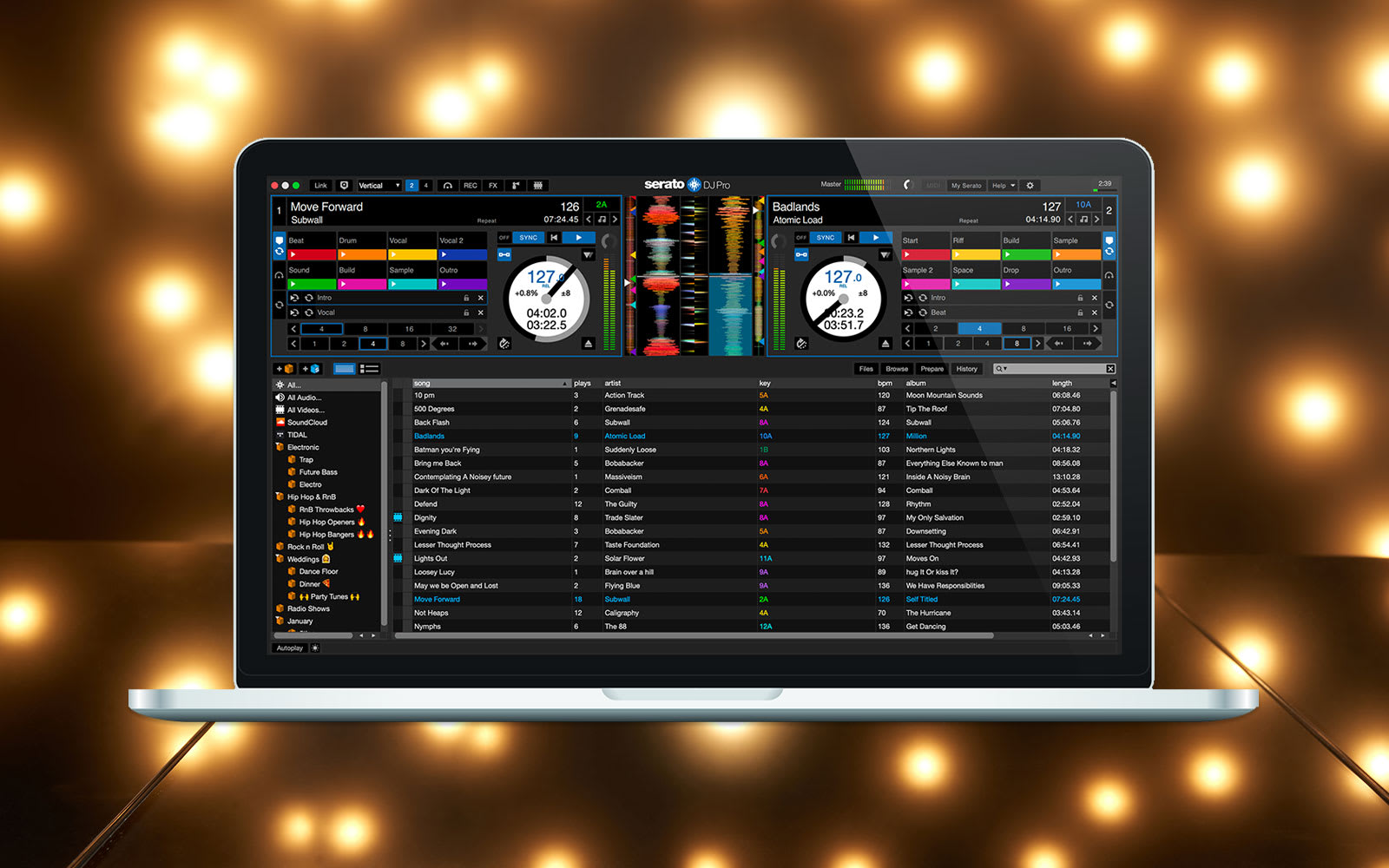 If you know a vinyl enthusiast who's been toying with adding digital to their mix or someone looking to jump into DJ'ing (sans vinyl), consider gifting them a license for Serato DJ Pro ($129). This is an all-in-one digital DJ platform with lots of room to expand, and it can tap into existing iTunes music libraries. Buying the license lets users not only mix on their computer but also have the freedom to plug into any Serato-enabled controller. If you're looking for a more comprehensive package but still want to keep the budget down, a good entry-level Serato-enabled controller like the Pioneer DDJ-SB3 ($250) is a decent place to start. It comes with Serato DJ Lite, but if you want to go all out and add a Pro license, you'll unleash its full potential and still spend less than getting a pricier controller bundle. -- Jon Turi, Homepage Editor 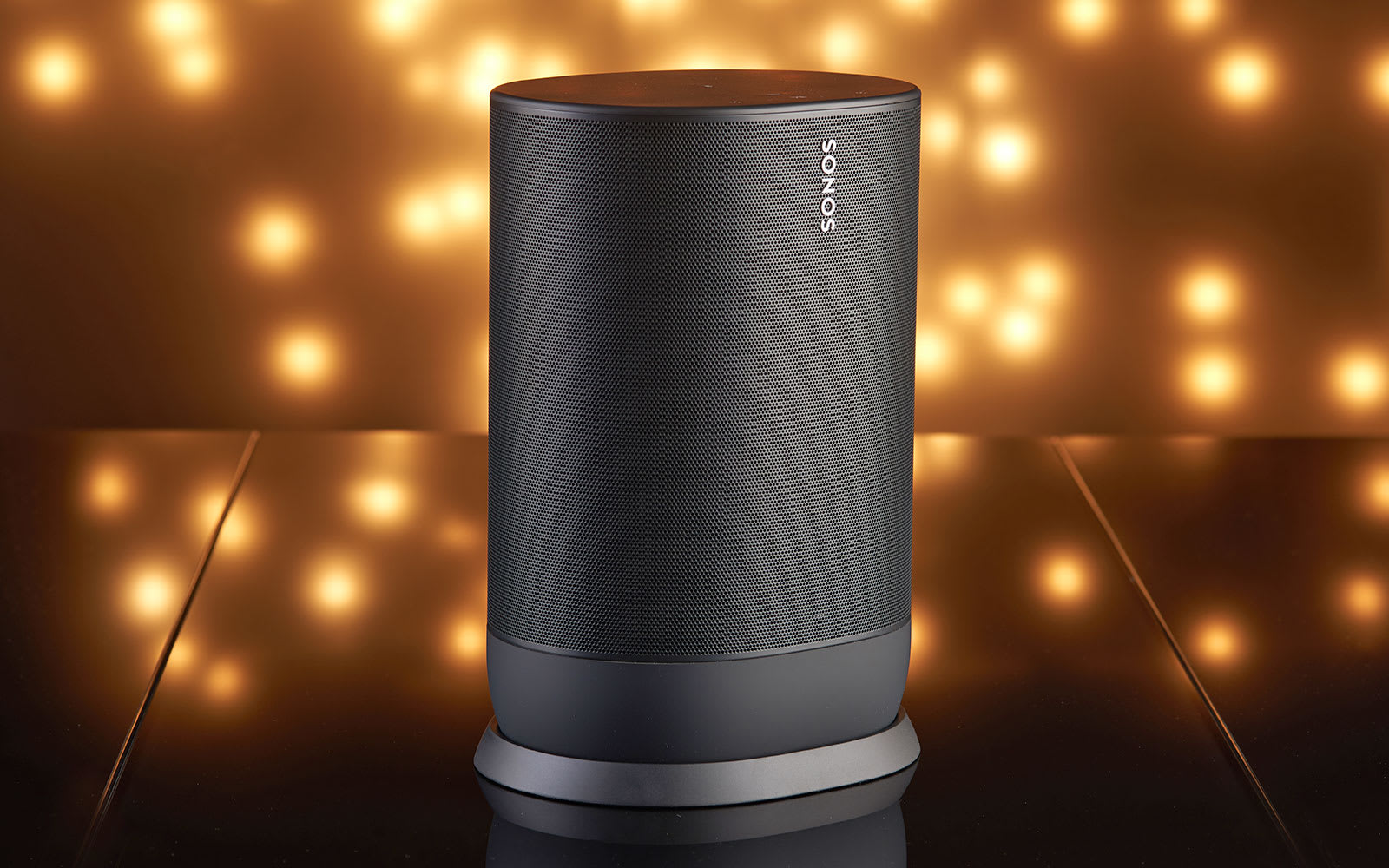 There are tons of good smart speakers out there, but none are as versatile as the Sonos Move ($399), making it the perfect gift for someone who wants music anywhere they are. At home, the Move works like any other Sonos speaker, playing audio wirelessly from dozens of different streaming services. It works alongside other Sonos speakers for multi-room music playback as well. But it's the first Sonos speaker with Bluetooth and a battery, which means you can also use it anywhere. It's also weather resistant and designed to be played outside, so this speaker works well for both outdoor dance parties and indoor gatherings. -- Nathan Ingraham, Deputy Managing Editor 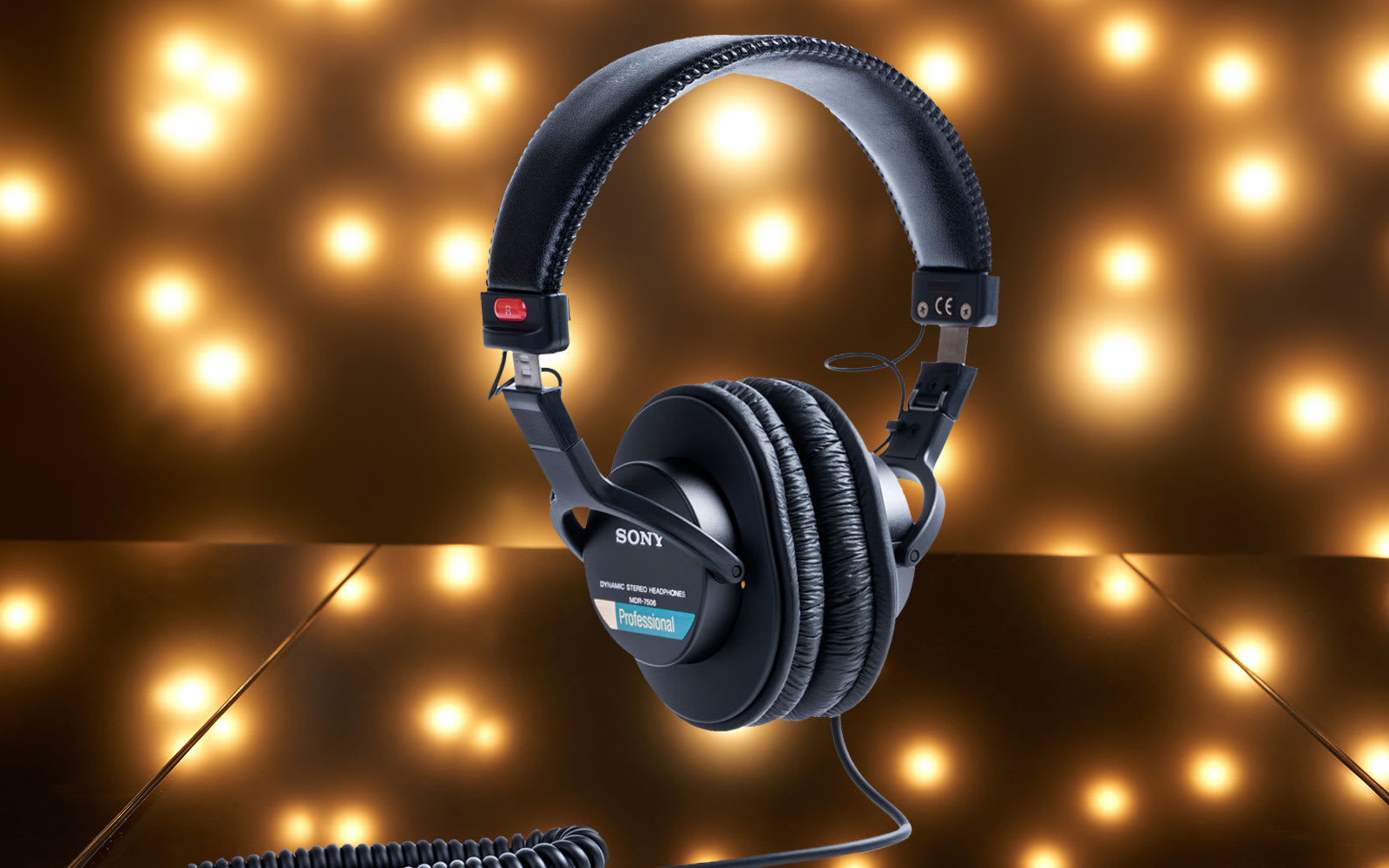 Gifts don't always have to be the latest, greatest or most expensive thing on the market. Some products stand the test of time, like Sony's MDR-7506 headphones. Unchanged since their release in 1991, these don't have noise cancelling or wireless connectivity, so they're definitely not for everyone. The MDR-7506 are comfortable closed-ear headphones that are known as an industry standard in fields like broadcast and recording studios but also have a solid rep in DJ circles. They fold easily into a compact package, have a freedom-enhancing 9.8-foot cord and provide a clear, punchy sound spanning between 10Hz and 20kHz in range. All this with an approachable sub-$100 price makes them a great workhorse option for DJs and producers who don't get too picky about the latest trends. -- J.T. 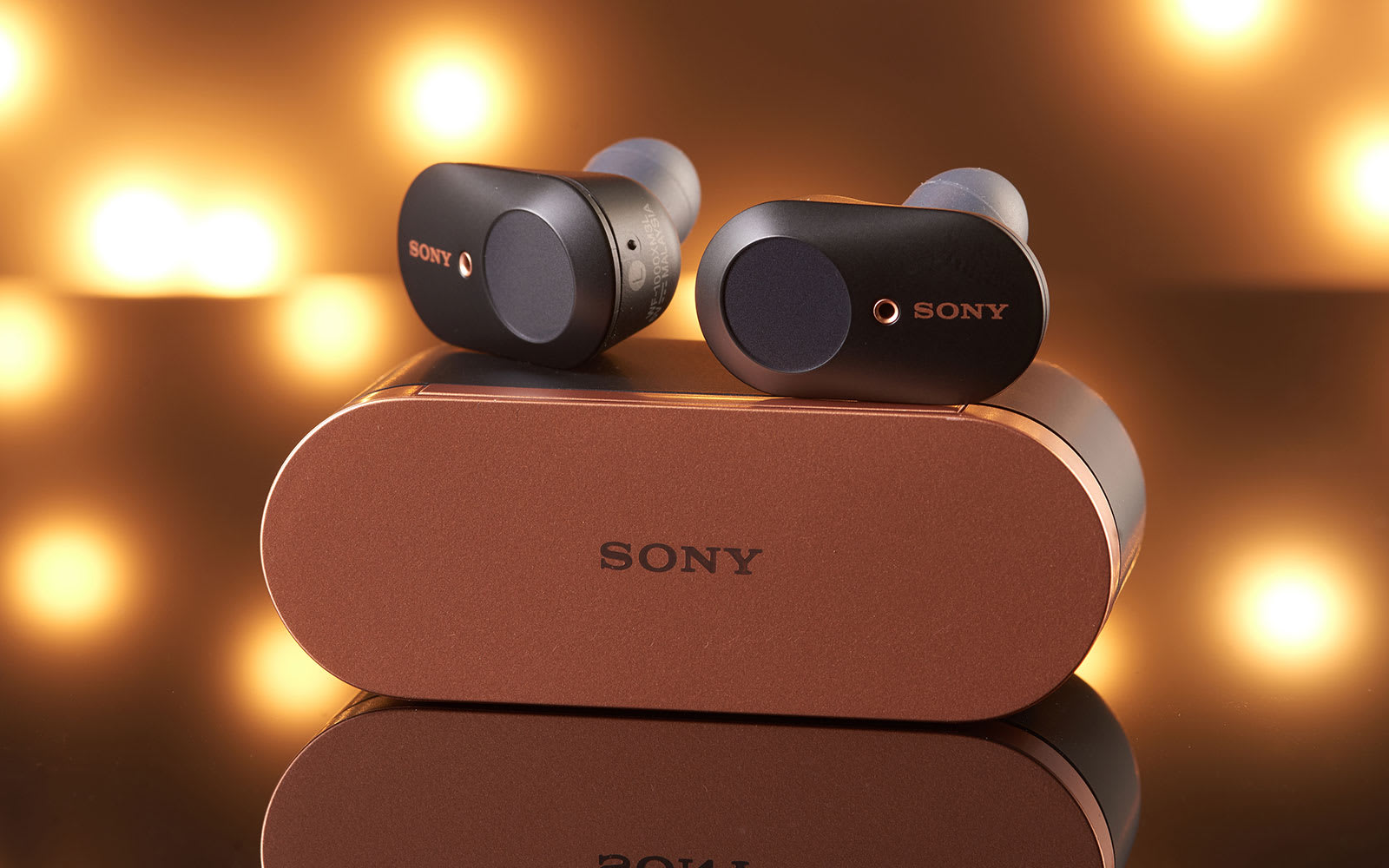 Unlike the competition, the best all-around true wireless earbuds don't come with a $300 list price. Sony's WF-1000XM3 not only offer some of the best sound quality we've experienced on this type of headphones but are more affordable at $230. They also come equipped with six hours of battery life (with three charges in the case), reliable touch controls and powerful noise cancellation. The company also pairs them with its handy headphones app that allows you to tweak the EQ and sound profile, adjust the bass and fine-tune active noise cancellation based on your surroundings. If that special someone has been chatting about finally jumping on the true wireless train, this is the gift for them. -- B.S. 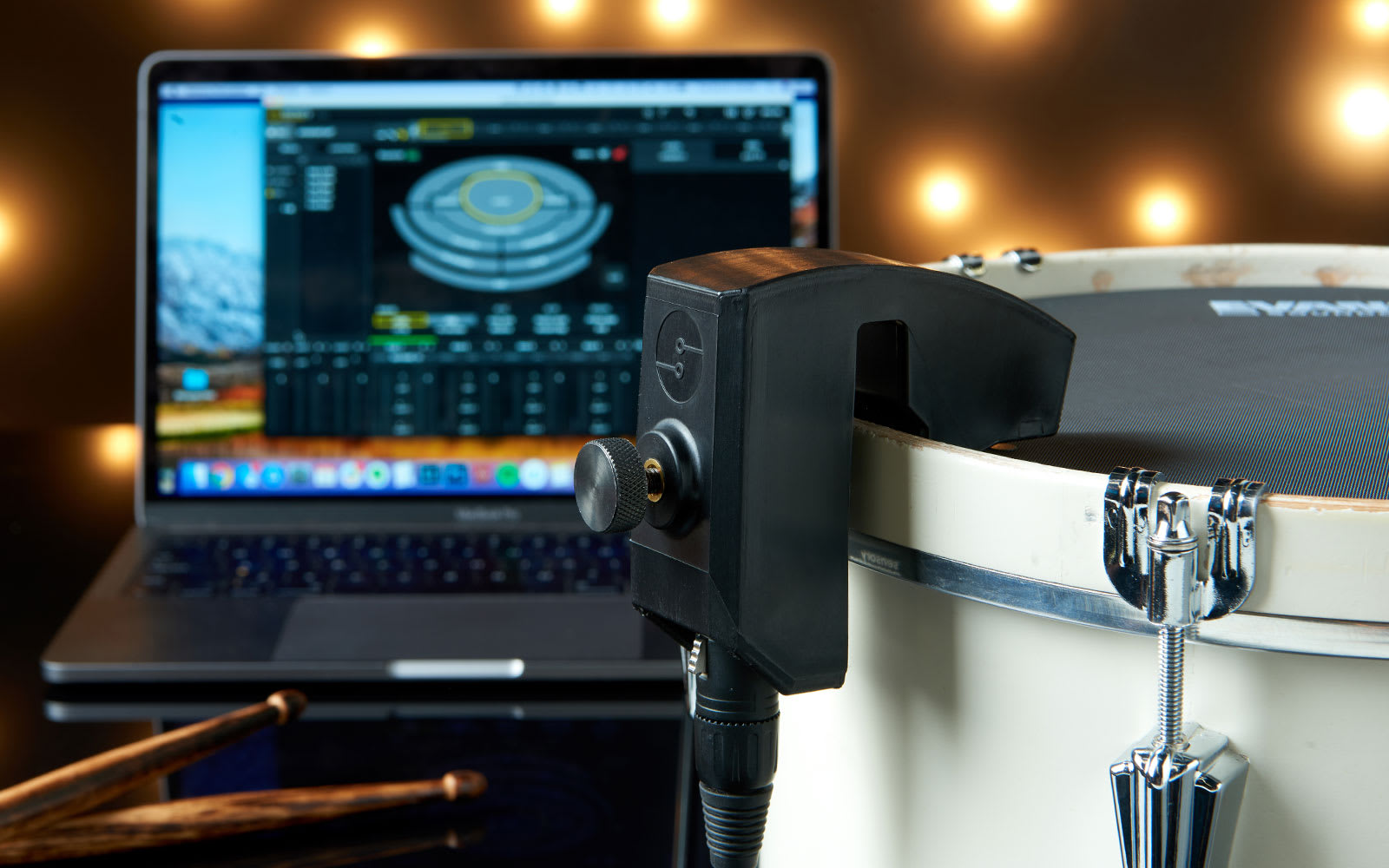 Shopping for an aspiring drummer potentially means you're creating another way for them to drive you crazy with noise. The Sunhouse Sensory Percussion system can be that, but when paired with a silent practice pad, it could also reduce the banging while expanding your percussionist's sound palette.

The Sensory Percussion system is a drum trigger that connects to a computer and audio interface. But unlike most triggers, it doesn't react to a hit the same way every time. Instead it uses light to determine where a strike occurs on a drumhead. With that information, drummers can map out areas on the pads to make different sounds. So the edge of their snare could trigger a clap while the center could play a sample of shattering glass.

That's already cool, but you can mix and adjust how those areas interact with one another, and they can react to how hard a hit is. The result is an impressive way to upgrade any drum set. The starter kit with a single module costs $550, which is not cheap. But throw in a silent practice pad and some earbuds and your drummer will get to make a bunch of incredible sounds with their kit while you enjoy life without constant banging. -- R.B. 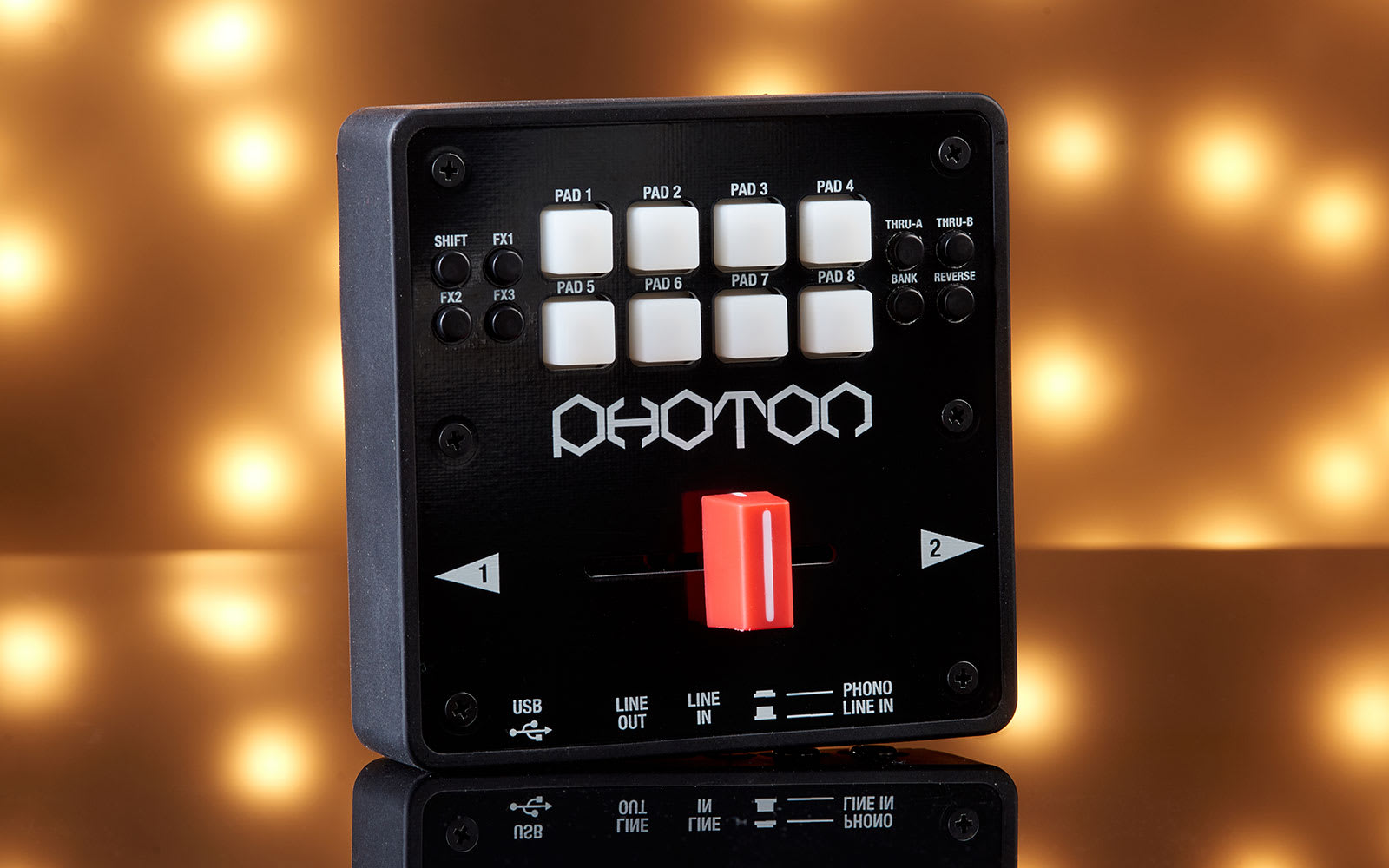 Getting a gift for the DJ or turntablist on your list can be pricey. They typically only want hard-to-find records, turntables, mixers and custom slipmats. But if that person in your life is considering going digital, the Thud Rumble Photon Fader might be up their alley.

This little device works with a regular turntable and connects directly to a computer or mobile device for low-latency scratching and mixing. In addition to a smooth fader knob, it has eight light-up buttons for MIDI control of your favorite apps. As a bonus, it's small enough to be tossed into a purse and is powered by USB, so there's no need for extra cables. The best part, though, is its $200 asking price. That's not an impulse buy, to be sure, but it's still way cheaper than that $800 turntable you saw at Guitar Center. -- R.B.

Buy Proton Fader - $199
All products recommended by Engadget are selected by our editorial team, independent of our parent company. Some of our stories include affiliate links. If you buy something through one of these links, we may earn an affiliate commission.