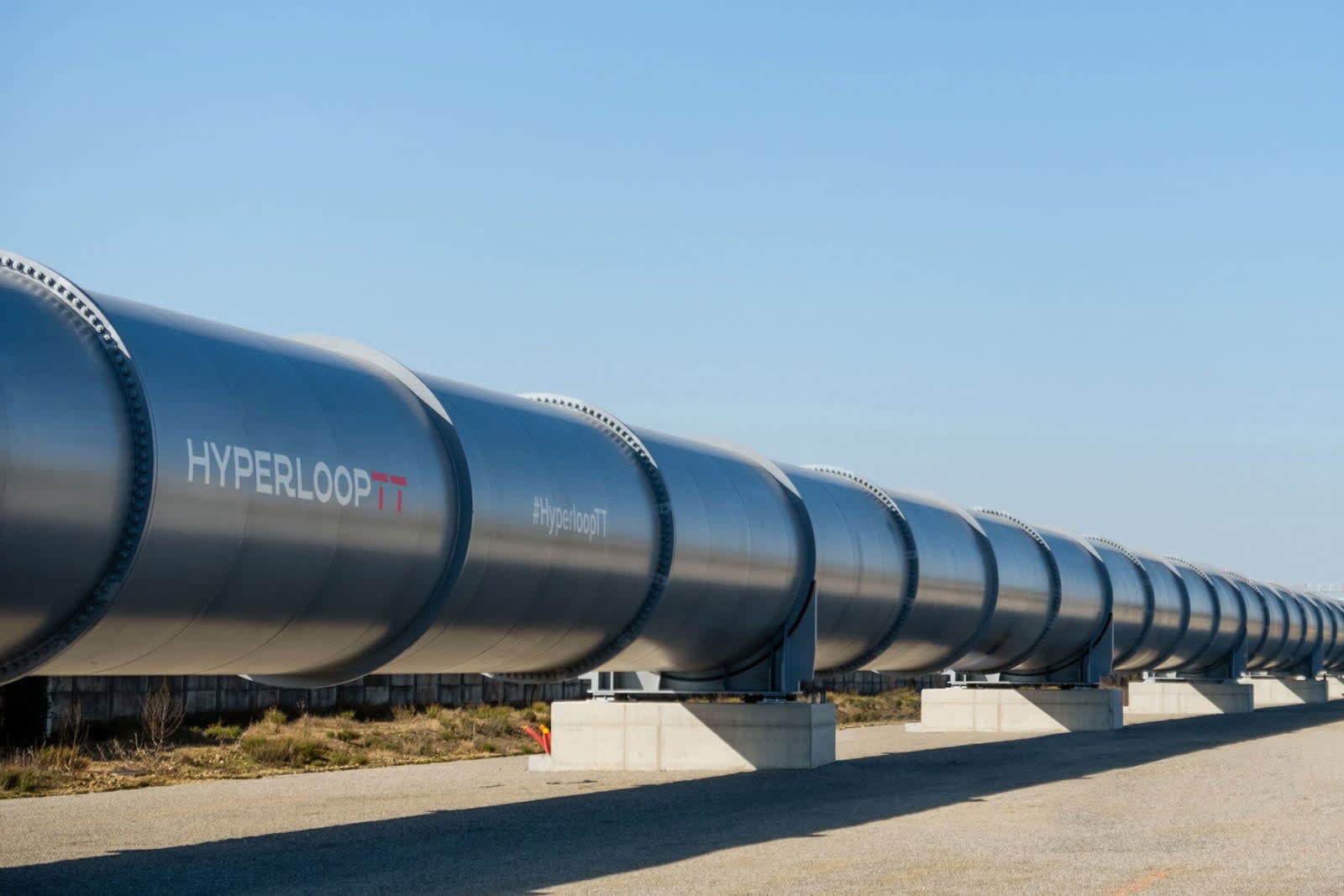 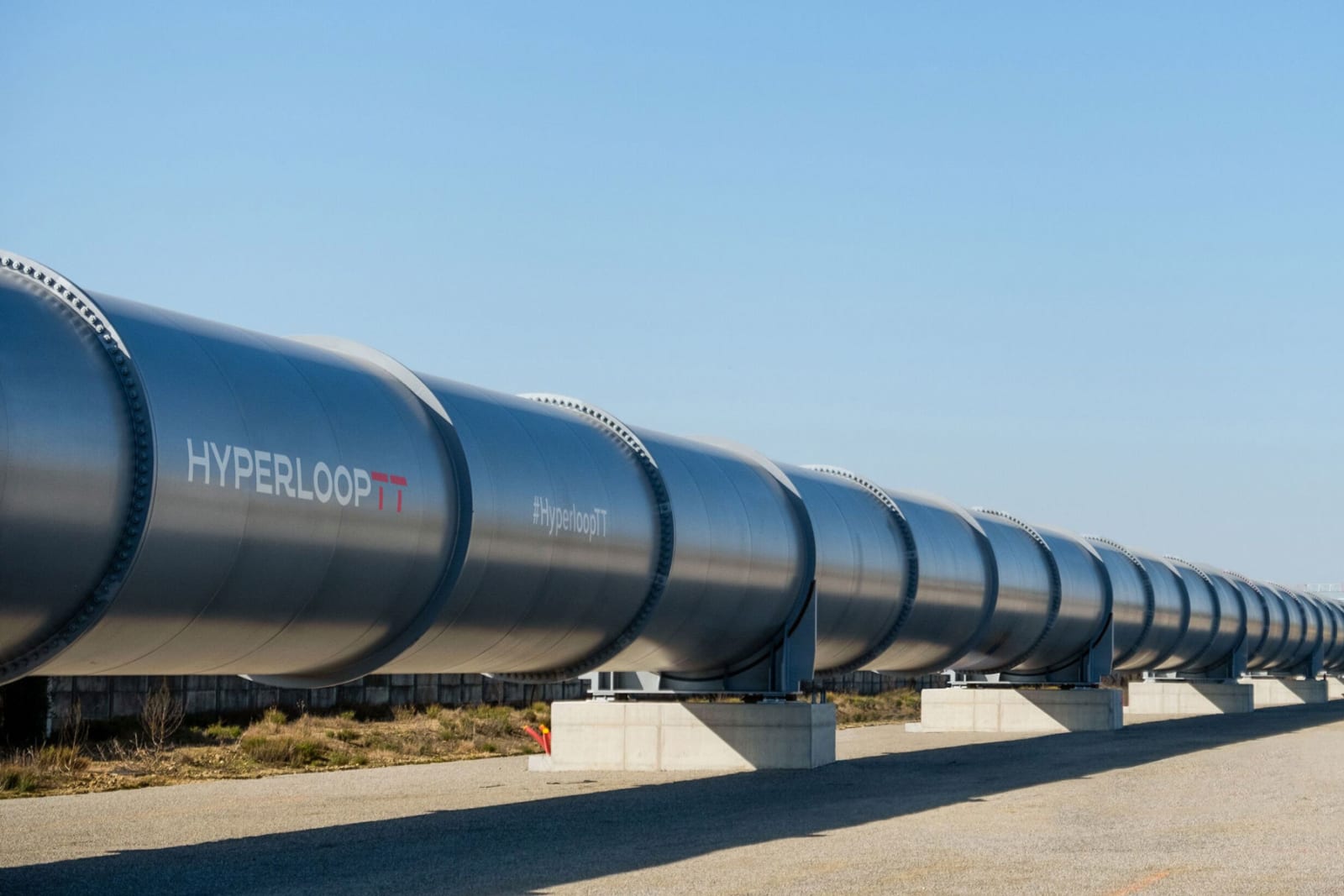 For all of the lofty promises around Hyperloop, we're now at the point where the companies making it have to stop speaking in poetry and start selling, in prose. Especially when you're talking to the lawmakers and public servants who'll need to justify spending up to $25 billion on the world's first working Hyperloop system to connect Chicago, Cleveland and Pittsburgh.

That's the headline figure coming out of a 157-page, $1.2 million study conducted by Northeast Ohio Area Coordinating Agency (NOACA) and Hyperloop Transportation Technologies (HTT). The project, which took the better part of two years, has used Government-approved methods of analyzing the costs and benefits of pricey rail infrastructure benefits. And the conclusion, broadly, is that the benefits will vastly outweigh the costs to both the economy and the environment.

HTT's plan is to run a line between Chicago and Cleveland, which then goes on to Pittsburgh, covering around 470 miles. Currently, that journey takes around eight hours by car and nearly ten by Amtrak, with flights between Chicago O'Hare Airport to Pittsburgh International Airport clocking in at around 90 minutes.

By comparison, the most conservative estimate of travel time in the study says that getting a Hyperloop from Chicago to Pittsburgh would take under 70 minutes. And with changes to the distance between capsules and other tweaks, that could eventually fall to under an hour. It's still considerably faster than the traditional options, but less than some of Musk's initial lofty promises.

At no point will the HTT capsules reach Hyperloop's theoretical top speed of 750MPH, because reality got in the way. There's no straight line between Chicago and Pittsburgh that doesn't require 70 miles of expensive tunnels running under the Great Lakes. Consequently, the tube has to curve, reducing the top speed available to these bullet-shaped capsules. The study has the average speed of the system running around 439MPH -- similar to a commercial airplane.

It's less clear how pricing will work, especially since the documents don't necessarily agree with themselves. One slide quotes $40 as the price of a one-way trip between Cleveland and Chicago. But in the cost section of the report, it quotes prices as two-thirds of the airfare between O'Hare and PIT, which is around $230.

The study also proposes that Hyperloop should copy the freight model adopted by airlines and the Anglo-French railway Eurostar. The pods could carry small airline-sized pallets to offer a same-day delivery service between the major cities. If companies and end-users are prepared to pay a premium for the extra speed, the additional revenues could be worth just as much as passenger fares.

One other interesting detail is that while the system would be automated, there is a plan to have a staffer offering service inside every pod. That person would offer "safety, fare collection and customer service functions." When we interviewed HTT Chair Dirk Ahlborn in 2015, he said that one way to earn revenue was to use the time in the capsule to sell folks items. Perhaps the staffer would also be responsible for selling luxury goods similar to those offered in flight.

The biggest issue, of course, is getting those billions of dollars to fund land purchases, dig tunnels, build tubes and fill them with pods. The study suggests that at a three-percent rate of return, it would be possible to borrow much of the cash from Wall Street and get the rest from a public-private partnership. Again, the details aren't specific, but the common refrain here is to avoid gouging the taxpayer -- something we've heard plenty of times before.

There's still lots of work to do before breaking ground on HTT's proposed route. For instance, an environmental impact study is needed, which may not be finished until 2023 at the earliest. There's also a lot of political and social wrangling to get people, and investors, on board with the plan.

And then there's the far-off future, in which the initial route becomes the backbone for an even wider Hyperloop network. A planned phase two could see the Chicago terminal connected to Milwaukee and Minneapolis, while Cleveland joins up with Buffalo, Columbus and Baltimore. Even more ambitious is phase three, which would see Boston, New York, Philadelphia and Washington, as well as Toronto, Montreal and Quebec in Canada, join the network. In fact, ambitious might not even cut it, but then Hyperloop has always been about making the preposterous seem achievable.

Source: PR Newswire
In this article: tomorrow, transportation
All products recommended by Engadget are selected by our editorial team, independent of our parent company. Some of our stories include affiliate links. If you buy something through one of these links, we may earn an affiliate commission.