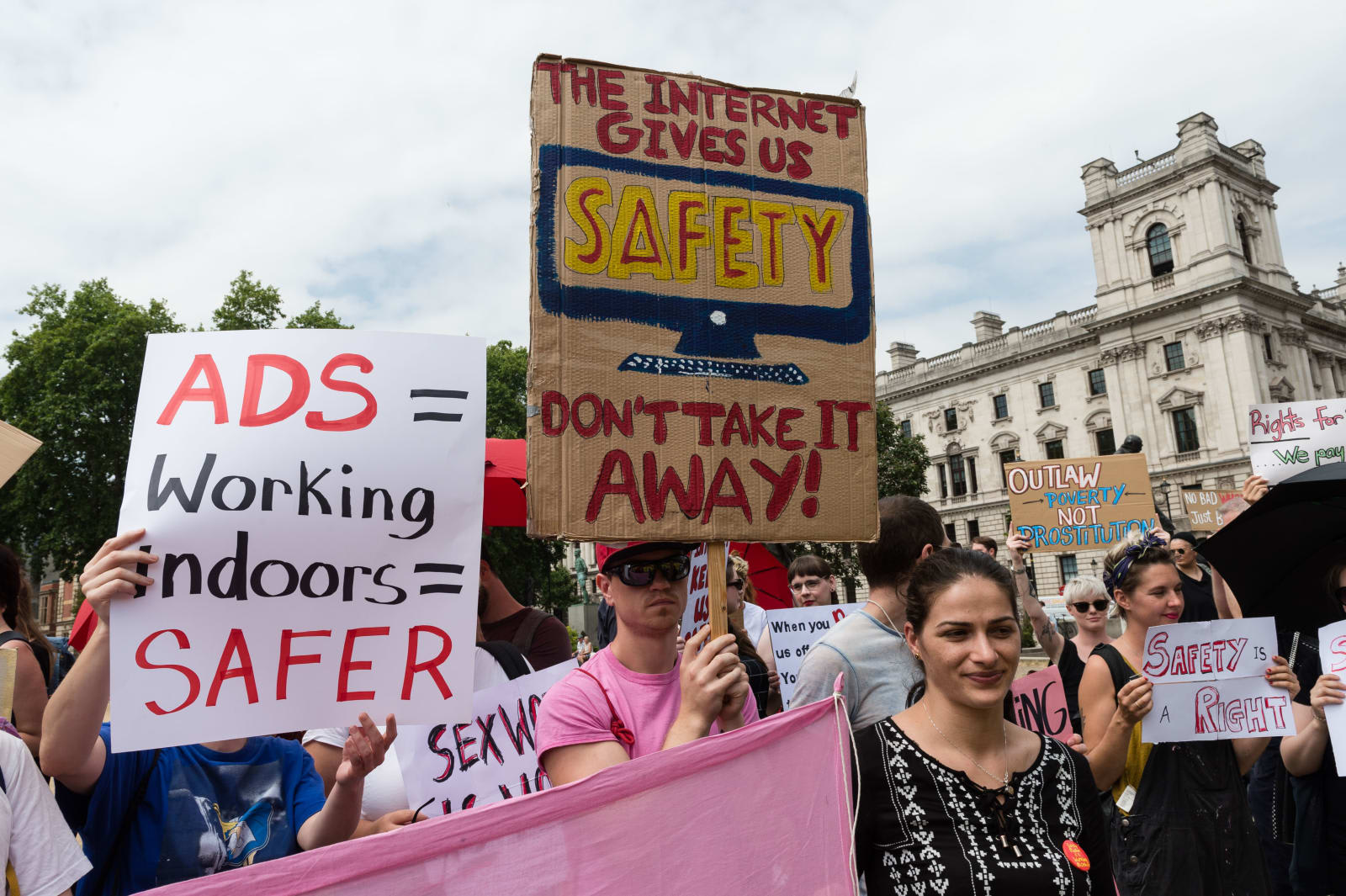 If you're concerned that FOSTA-SESTA seems built more to kick sex workers offline than to fight sex trafficking, you're not alone. House representatives and senators have introduced the Safe Sex Workers Study Act, a bill that would analyze the impact of FOSTA-SESTA on the health and safety of sex workers and help Congress make "informed" decisions. The politicians are concerned that banning sites from the "promotion of prostitution" only served to hurt the consensual sex industry by shutting down resources where workers could screen customers, set limits and discuss issues with their peers. This not only increased the chances for violence and health issues, but may have thwarted the very purpose of FOSTA-SESTA by pushing sex traffickers further underground.

The bill creators pointed to "anecdotal" evidence of abuse and violence increasing after FOSTA-SESTA passed, and noted that the existing law was particularly harsh for marginalized groups (such as the LGBTQ community) that were more likely to feel pressure to trade sex for food and money.

Representatives Barbara Lee and Ro Khanna introduced the bill in the House, while Elizabeth Warren and Ron Wyden brought it to the Senate. Co-sponsors include well-known figures like Alexandria Ocasio-Cortez and Rashida Tlaib in the House, and Bernie Sanders in the Senate.

It's not certain the Act will get far. As you might have noticed, neither the House nor Senate versions of the bill are bipartisan. There's no guarantee both versions of the bill will pass their respective votes, and it seems unlikely that President Trump would sign the reconciled Act into law when he made a big deal of signing FOSTA-SESTA. Still, it's apparent that at least some members of Congress are skeptical of the ongoing attempt to push sex work off the internet.

Source: Congressman Ro Khanna
In this article: bill, congress, fosta, FOSTA-SESTA, gear, house of representatives, internet, politics, prostitution, safe sex workers study act, senate, sesta, sex, sex trafficking, sex work, sex workers, sswsa
All products recommended by Engadget are selected by our editorial team, independent of our parent company. Some of our stories include affiliate links. If you buy something through one of these links, we may earn an affiliate commission.