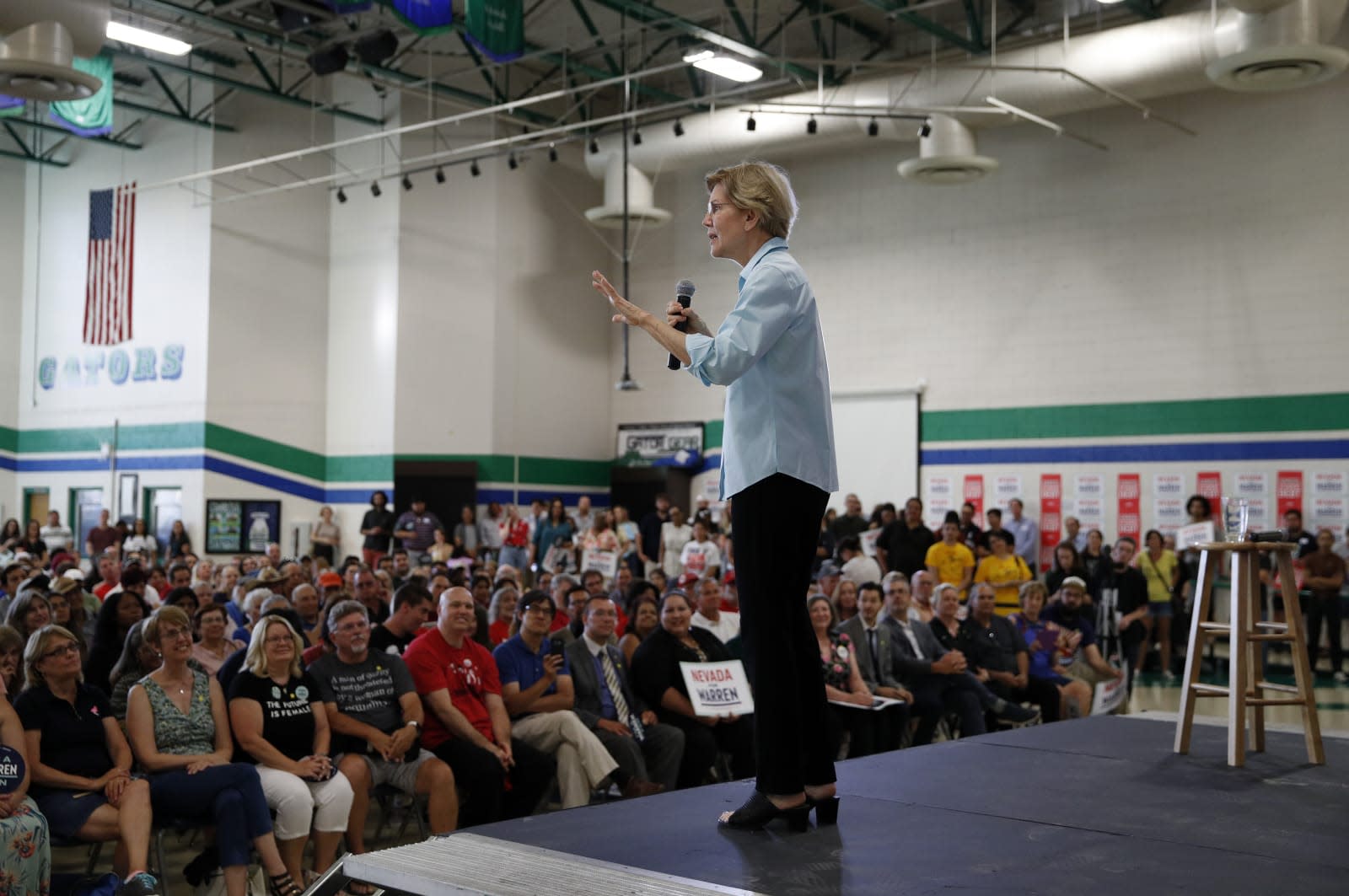 Millions of Americans don't have access to high-speed internet connections and despite efforts to bolster rural broadband, there's still a lot of work to be done. Presidential candidate Elizabeth Warren has the issue in mind, and she revealed a proposal to narrow the digital divide.

She plans to earmark $85 billion in federal funding to expand broadband networks in rural areas. Currently, the Federal Communications Commission offers $4.6 billion/year to fund rural broadband infrastructure, while the Rural Utilities Service doles out $800 million/year in grants and loans.

Under Warren's plan, the $5 billion funding for expanded broadband on Native American lands alone would surpass what the FCC currently offers in total each year. US Census Bureau data suggests about half of Native Americans on reservations or other tribal lands don't have broadband access.

Should Warren win the election, she plans to set up an Office of Broadband Access in the Department of Economic Development that would oversee the $85 billion in funding. Instead of private ISPs, the funding would go to "electricity and telephone cooperatives, nonprofit organizations, tribes, cities, counties and other state subdivisions" that build out broadband in rural areas. Those that receive the funding would have to subsidize services for low-income households.

She also aims to use federal law to ensure local governments have the right to build their own broadband networks instead of having to rely on private companies. Municipalities including Sandy, Oregon and Chattanooga, Tennessee have taken that approach, and Warren hopes to allow them more flexibility to serve other local communities. Some states ban or limit the reach of municipal broadband services.

The plan also calls for more accurate broadband maps. To do so, Warren would appoint FCC commissioners who'd require ISPs to give better reporting on broadband access data. She'd also look to bring in commissioners who would restore net neutrality. The FCC repealed the Obama-era protections in 2017.

In this article: 2020 election, 2020election, digital divide, digitaldivide, elizabeth warren, elizabethwarren, fcc, federal communications commission, federalcommunicationscommission, gear, internet, politics, rural broadband, rural internet, ruralbroadband, ruralinternet
All products recommended by Engadget are selected by our editorial team, independent of our parent company. Some of our stories include affiliate links. If you buy something through one of these links, we may earn an affiliate commission.