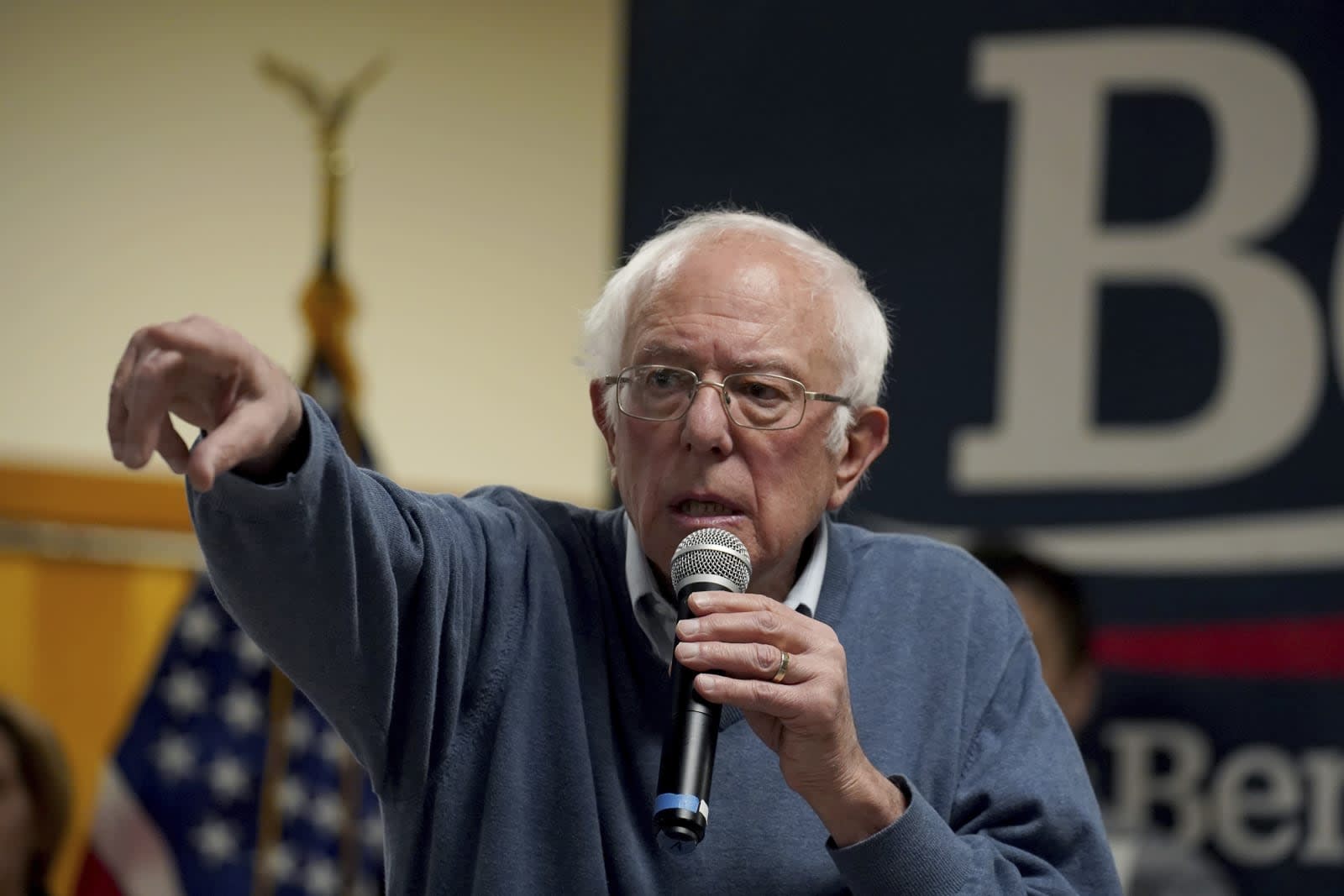 Bernie Sanders has unveiled his plan for US broadband if he wins the 2020 presidential election, and it won't surprise you to hear that his strategy would focus on making high-speed internet as widely accessible as possible. He intends to earmark $150 billion (as part of the Green New Deal) for infrastructure grants and technical help for "publicly owned and democratically controlled, co-operative or open access" broadband. He would also ensure free broadband in public housing and override state laws (frequently written by private ISPs) that block municipal internet.

The candidate also vows to "dramatically" lower the cost of service. He would require basic internet plans, up the FCC's minimum definition of broadband from 10Mbps to 100Mbps, regulate rates and fully subsidize entry-level plans for low-income households. This would involve protecting and expanding the Lifeline program. He would outright ban data caps and throttling, and would offer $500 million per year in grants to foster "digital literacy, adoption and inclusivity."

As you might imagine, Sanders would join Elizabeth Warren in planning to end internet monopolies. He would use existing antitrust regulations to break up cable and ISP monopolies, restore net neutrality, reinstate privacy protections and appoint FCC members who'd foster "competition, choice and affordability." He'd also mandate transparent prices, accurate speed claims and granular service info. He would not only call for more accurate broadband maps, but run a national census to help with that goal.

Other plans would focus on creating more resilient communications networks that could not only withstand and recover from disasters like hurricanes, but hold up to the effects of climate change and install fiber lines alongside road improvement projects. He would thwart providers who exploit disasters to profit from customers, and establish a "modern smart grid" that can deliver electricity reliably and efficiently while dealing with high levels of renewable energy.

Sanders isn't the only Democratic candidate making large commitments to broadband access. Warren is pledging $85 billion toward rural broadband, while Joe Biden would offer $20 billion. There's a clear desire to support internet access beyond cities -- it mainly comes down to which (if any) policy is best, and whether or not these strategies will influence voters in November 2020.

Via: CNBC
Source: Bernie Sanders
In this article: 2020 election, bernie sanders, broadband, digital divide, election, election2020, fcc, gear, internet, lifeline, net neutrality, policy, politics, regulation, rural broadband, rural internet, verizon
All products recommended by Engadget are selected by our editorial team, independent of our parent company. Some of our stories include affiliate links. If you buy something through one of these links, we may earn an affiliate commission.