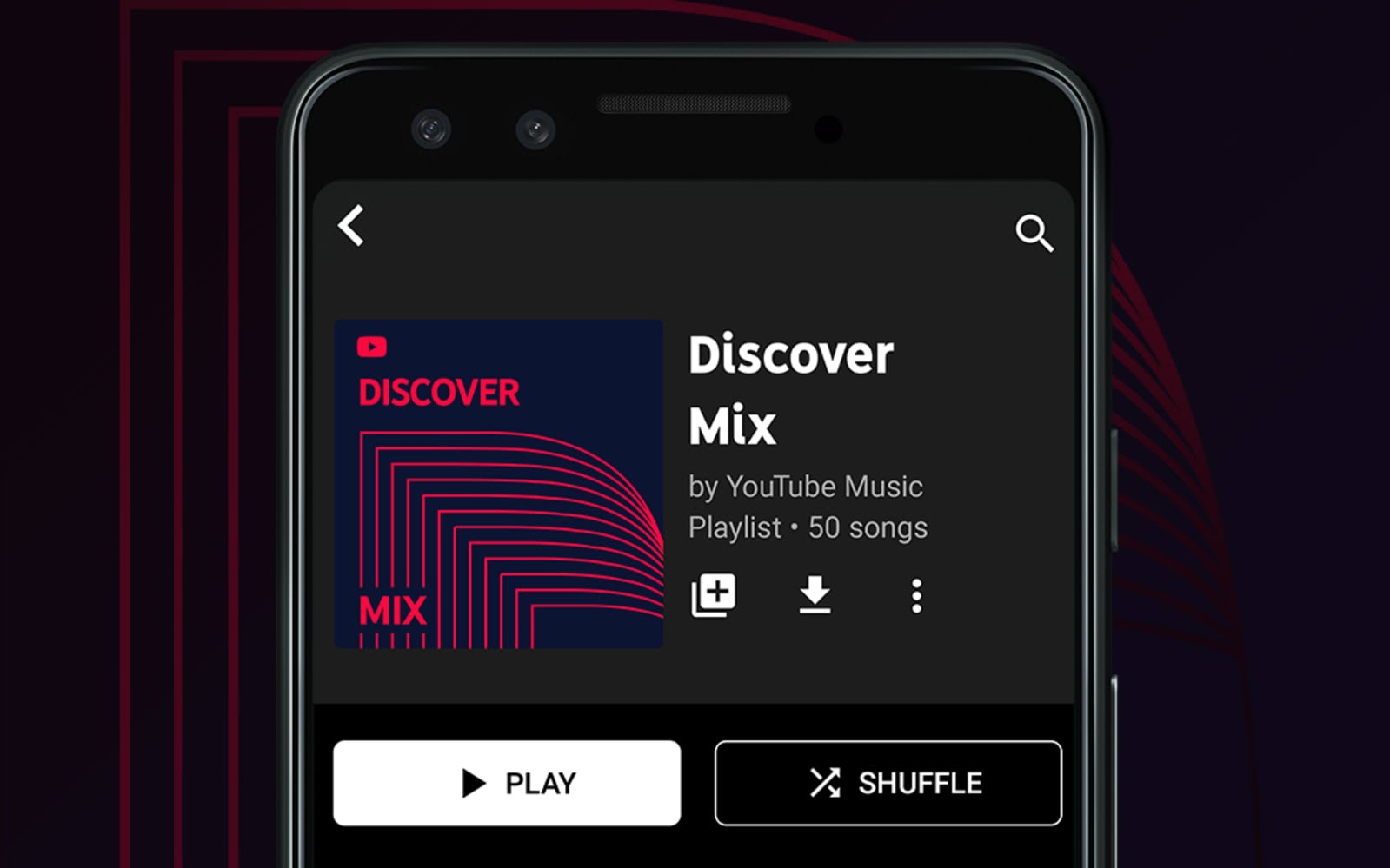 YouTube Music's new personalized playlists are now available to users worldwide. Today, YouTube introduced its Discover Mix, New Release Mix and Your Mix. The playlists will curate your favorite songs, new releases and unheard tracks by your favorite artists, plus others you might like.

A few months ago, Discover Mix popped up on the YouTube Music app, but YouTube kept quiet about its plans for the curated list. Today, it confirmed that Discover Mix will deliver 50 tracks every week, with updates every Wednesday. Those tracks will include songs by new artists you've never heard, as well as lesser-known songs by your favorite musicians.

The New Release Mix will round up new music by your favorite artists and others the YouTube algorithms think you'll like. Most new songs will land on the list on Fridays, but midweek releases will keep the selection fresh.

A third playlist, Your Mix, is for when you want tried-and-true favorites that you can sing along to. It'll be full of songs by artists you know, with a few songs and artists you may not have heard before. YouTube says small updates, made regularly will keep the list from getting stale.

The mixes mimic playlists by other streaming services. Discover Mix appears to be YouTube's counter to Spotify's Discover Weekly, and YouTube's New Release Mix sounds a lot like Spotify's Release Radar. As Engadget's Steve Dent wrote previously, Spotify may have more paid subscribers than YouTube Music, but YouTube Music has a lot more software engineers. That could give the streaming service an advantage. YouTube says this is "just the beginning of an even more personalized YouTube Music."

Source: YouTube
In this article: art, artists, av, curated, discover mix, entertainment, google, internet, mix, mobile, music, new release, new releases, personalized, playlist, playlists, songs, tracks, your mix, youtube
All products recommended by Engadget are selected by our editorial team, independent of our parent company. Some of our stories include affiliate links. If you buy something through one of these links, we may earn an affiliate commission.