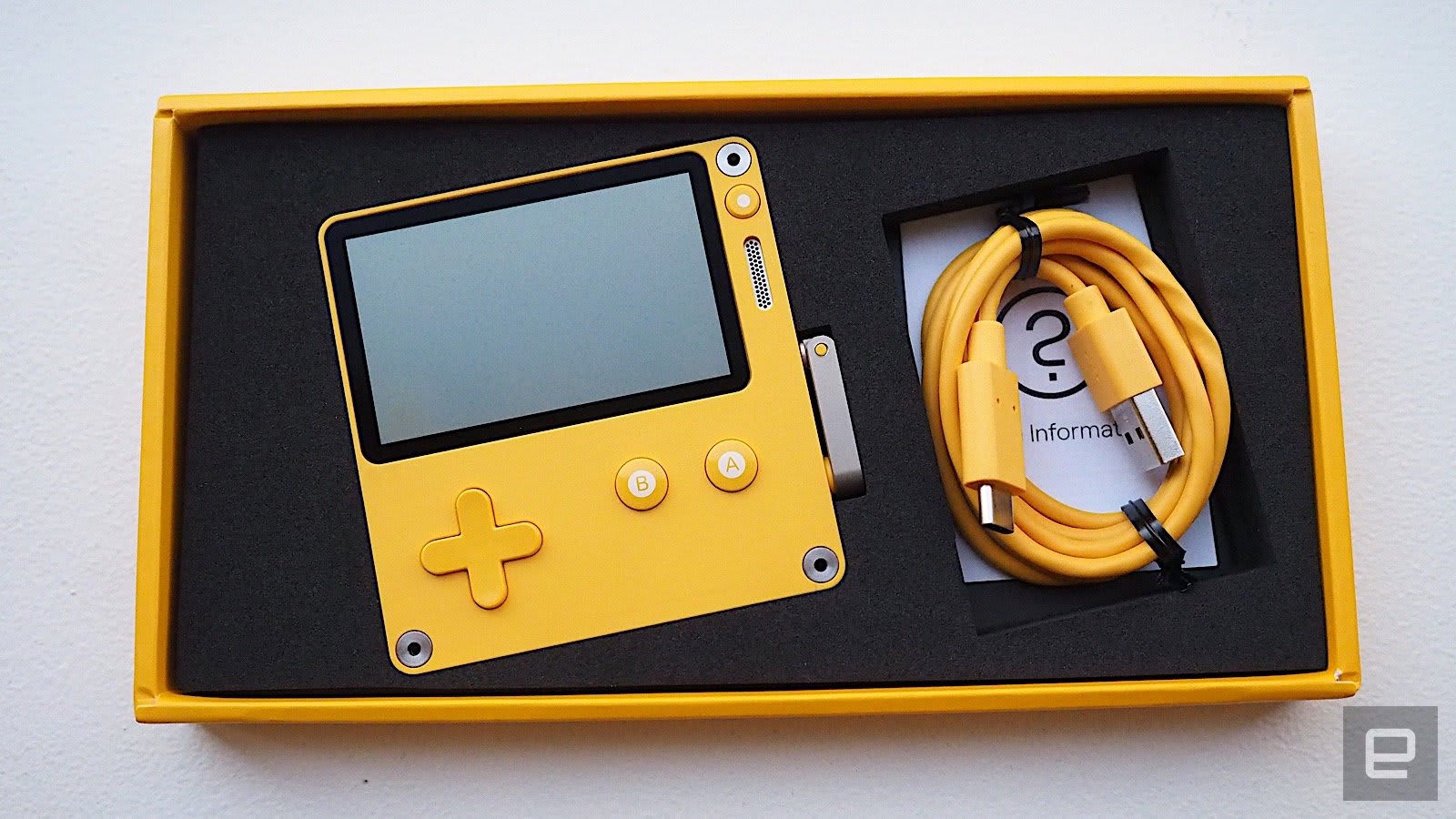 Several months ago, Panic unveiled the Playdate, a tiny gaming handheld with a crank that is perhaps the most adorable gadget we've seen this year. As cute it is, however, it's not quite ready for pre-orders just yet. But the hardware itself is effectively done. That's why Panic is announcing a new preview program where developers can get their hands on one early, so they can start creating games for it.

In a blog post and a series of tweets, Panic states that it hopes to get early units to developers as soon as possible: "Very soon, we'll put these Developer Preview units up for sale. We'll email our developer preview list when it's time." The selection will be random as the company can only make so many of these early units. Any developer can order and they won't be charged unless they're chosen. Though Panic wouldn't tell us just how many of them will be offered, we did hear that it would be in the "hundreds." It also hopes to set aside a number of units for underrepresented developers.

And, a new step has appeared on our timeline! The Playdate Developer Preview. We want developers to get started sooner rather than later. So we're in Malaysia right now building hundreds of units to ship to developers ASAP. Here's what our factory looks like: pic.twitter.com/cS4Bk2mnLA

To be clear, these early Playdates aren't meant for consumers at all. They won't have any games on them and won't have any functionality out of the box. The final version, on the other hand, will come with an entire season's worth of games; one delivered every Monday for 12 weeks. Some of the designers already on board include Zach Gage, Shaun Inman and Keita Takahashi.

While Panic was hoping to make pre-orders available before the year was over, that has been pushed to the first half of 2020. It hopes to open full orders once the Developer Preview program is over, when the first season's worth of games are done and when it has enough inventory in stock.

Also, don't worry if you don't get your order in early. According to Panic, it hopes to keep making them: "But, this is important: once that first batch of units is sold, Playdate will not be 'sold out.' Our plan is to take back orders and do constant production at the factory, keeping our line running every weekday, and shipping units as they arrive.

Last but definitely not least, Panic also teased a protective case for the Playdate, which looks like a plastic sleeve that fits over the handheld. There's no word yet on how much it'll cost, but Panic says it hopes to launch the case concurrently with the device.

There's more details and other bits of news too — just hit the link in the first tweet to read it all.

Thanks for being a part of Playdate. We're so excited for what 2020 is going to bring!!

PS: We're also working on this case. What do you think? pic.twitter.com/YtIWuU53FF

In this article: gadgetry, gadgets, gaming, gear, panic, playdate
All products recommended by Engadget are selected by our editorial team, independent of our parent company. Some of our stories include affiliate links. If you buy something through one of these links, we may earn an affiliate commission.