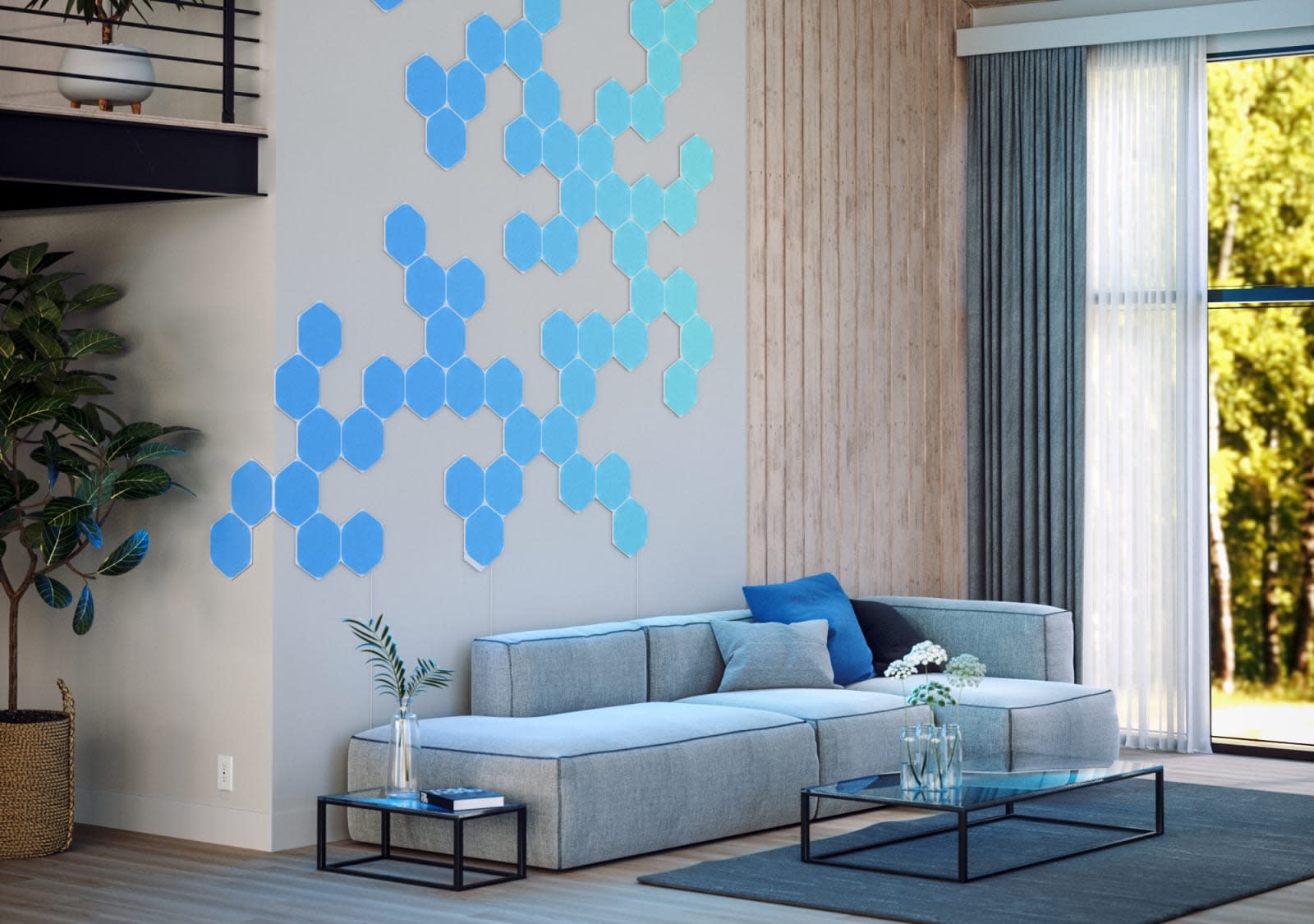 Nanoleaf is known for its colorful, modular wall lighting tiles which sync with your music and gaming controls. At CES last year, it showed off its smart home control unit, an illuminated dodecahedron. Now, for CES this year, it has announced an integrated learning lighting system.

The new Nanoleaf Learning Series is designed to be a more intelligent smart light system, which learns from its users and reacts to their needs. Nanoleaf says the system minimizes the need for adjustments or voice controls by learning from users' behavior and reacting to it to provide light where it's needed.

We don't know how the system will work yet, but the company has revealed it will use Nanoleaf's signature modular lighting panels with network sensors and a proprietary intelligent learning algorithm. In the future, the company will introduce a range of Unified Light Panels, modular smart lights beginning with touch-reactive hexagons. Following these will be other geometric shapes so users can create their own designs and shapes.

The new hexagons will be on display at Nanoleaf's booth at CES in the next few days.

Update: 11:30pm 01/03/2020: A Nanoleaf spokesperson contacted Engadget to give some more details about how the U-IQ learning system will work and confirmed that the system will work with light bulbs as well as the light panels.

By "combining a network of sensors and a proprietary intelligent learning algorithm," the system will learn the schedules and behaviors of its users. As an example of the system in practice, "each room's lights will know when you're approaching and will gradually begin to turn on even before you enter and turn off as you leave."

The system will work with the products in the Nanoleaf Learning Series (Learning Switch, Button, Gateway and Bulb) which can be linked together to form a sensory network which gathers data on your behavior and allows the products to communicate with each other, in order to predict the kind of light you'll need.

In this article: ces 2020, gear, home, nanoleaf, nanoleaf learning series, smart home, smart lighting
All products recommended by Engadget are selected by our editorial team, independent of our parent company. Some of our stories include affiliate links. If you buy something through one of these links, we may earn an affiliate commission.