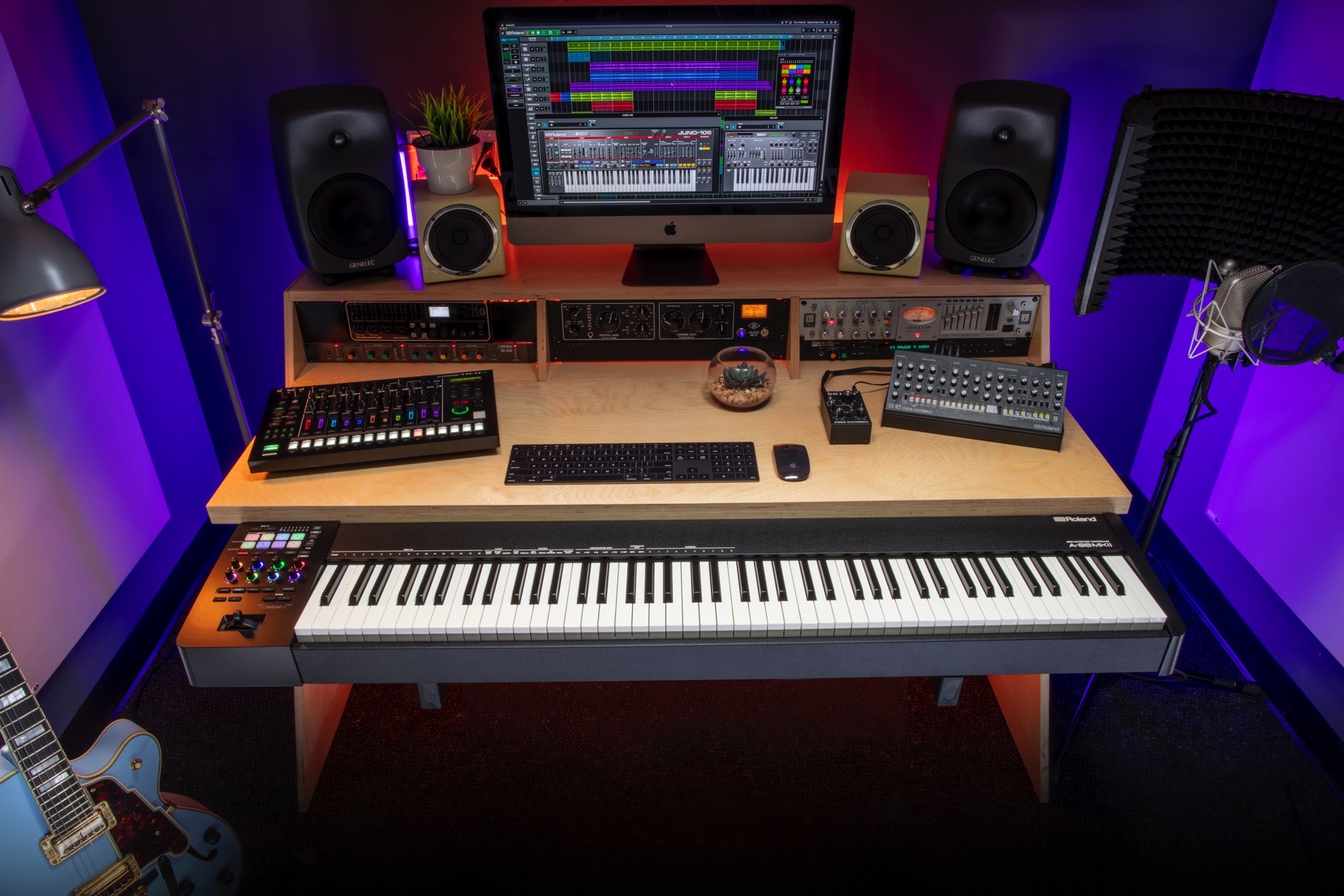 MIDI 2.0 is (hopefully) right around the corner. And Roland is trying to stay ahead of the game. The A-88MKII keyboard is the first from the company to support the new standard as it works its way toward finalization. Unsurprisingly, Roland isn't starting its MIDI 2.0 journey with a budget controller. The A-88MKII is a premium music making machine with a wooden body and 88 weighted keys that are made to feel like ivory (even though they're plastic).

There's plenty of modern controls on board too, including eight RGB assignable pads and knobs, two assignable buttons and a pitch / mod lever. Of course, there's also a host of inputs and outputs. There's old-school 5-pin MIDI in and out ports, three pedal inputs for things like damping and sustain, or even an expression pedal, in case you'd rather do your filter sweeps with your foot. Roland has also embraced USB-C for both MIDI and power, which is definitely worth celebrating since MIDI keyboards are one of the last holds outs of the Type-B connector. Though, you can also use a regular AC adapter if you want.

But, the big news here is the support for MIDI 2.0. The original MIDI standard was released way back in 1983, and while there have been some advancements, it hasn't seen a major official overhaul in the years since. While not all of the details of the new standard have been announced yet, it will have a number of advantages. For one, it will support web integrations for controlling instruments in the cloud, MPE (MIDI Polyphonic Expression) and 256 channels (instead of the current 16) so you can control more instruments from single hub. Resolution for velocity and control change messages is also being raised from 7-bits, to 16-bit for velocity and 32-bit for control changes. That means that there will be much finer grained control over things like filter sweeps. So, instead of 128 possible values, you'll have over 4,000,000,000.

That level of detail is probably unnecessary for most current applications. It's safe to say almost nobody is going to be able to tell the difference between 128 and 65,5536 levels of velocity on a digital piano. But it should help future-proof new controllers like the A-88MKII.

In this article: A-88MKII, av, CES, ces2020, gadgetry, gadgets, gear, keyboard, midi, midi 2.0, midi controller, musical instrument, roland, Roland A-88MKII, tomorrow
All products recommended by Engadget are selected by our editorial team, independent of our parent company. Some of our stories include affiliate links. If you buy something through one of these links, we may earn an affiliate commission.