The company sees robots as life companions in what it calls the Age of Experience.

Samsung's CES keynote got off to an intriguing start when HS Kim was joined onstage by a robot designed to help you around the home. The company says it made Ballie to understand and support your needs: Essentially, it can run your smart home for you.

The rolling robot is also designed to act as a fitness assistant and has a "mobile interface" that looks for ways to improve your life as your needs change using its built-in AI. Samsung also says Ballie's held to "stringent data protection and privacy standards."

#Ballie is part of the next evolution of #IoT -- patrolling your home, acting as a #fitness assistant, and acting as a remote control for the smart devices in your home. #CES2020 #SamsungCES2020 pic.twitter.com/u1Phkpy3Eb

A demo video showed Ballie opening smart curtains and turning on the TV for a dog when its human was away from home (and sending a video of the placated pooch to said human). It also called a robot vacuum into action after it noticed a spill. Samsung says Ballie will be able to call for help if it sees someone has fallen and can't get up.

Meet #Ballie, Samsung's human-centric vision of robots that takes personalized care to the next level. The small rolling robot, "understands you, supports you, and reacts to your needs." #CES2020 #SamsungCES2020 pic.twitter.com/YzwgZN1Lgw

The Ballie name actually emerged in trademark filings last month. Samsung said it wanted to use the term for robots with various functions, such as cleaning, teaching, security surveillance and daily chores.

If that spherical design seems familiar, LG also revealed a robot ball back in 2016. The Rolling Bot was designed to carry out household tasks and even take photos of your pets and send them to you when you weren't home.

Samsung didn't say when you might expect to buy your own Ballie nor how much it'll cost. It looks more like a tennis ball than BB-8, sadly, but it could be pretty useful anyway. 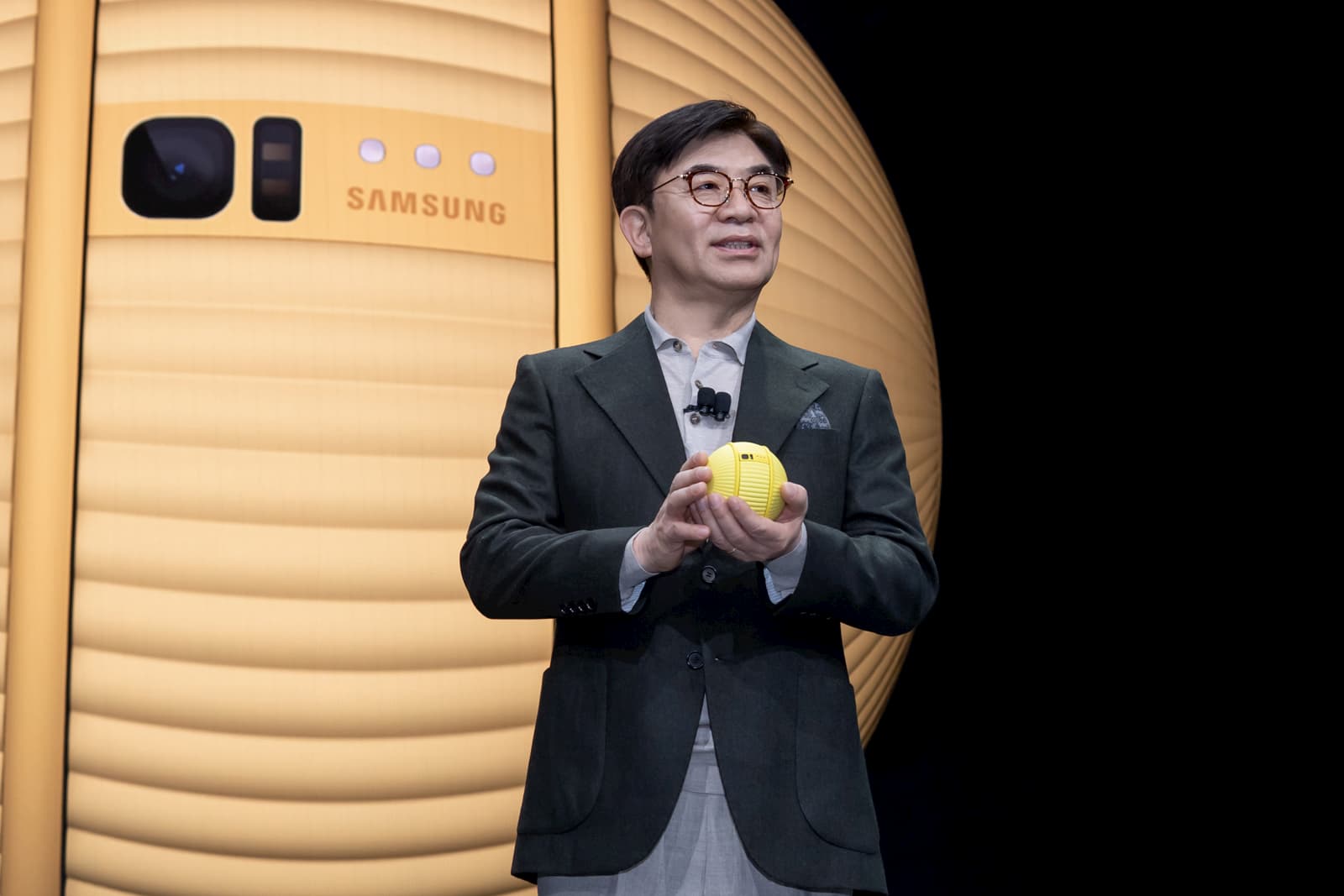 All products recommended by Engadget are selected by our editorial team, independent of our parent company. Some of our stories include affiliate links. If you buy something through one of these links, we may earn an affiliate commission. All prices are correct at the time of publishing.
View All Comments
Samsung made a rolling robot called Ballie that runs your smart home