Dirac claims its software can improve the sound of any headphones

In fact, I doubt that any company will ever make a set that are entirely without flaws. That's not because one of them does anything wrong per se, but mostly due to the fact that everyone's taste is different. Even when you find a set you really like, you probably wish there was a little more bass or a little less treble or you had the ability to manually tweak the EQ in a way that made a noticeable difference. Companies like Sony, Jabra, Sennbeiser and many more have apps that allow you to make adjustments, but even then, if you're like me, you still want more.

Swedish audio company Dirac has built a reputation for its "digital audio optimization," or room correction, in cars, living rooms, VR and on mobile devices. Now it's applying that calibration know-how to headphones, with the goal of bringing "the richness and energy of studio sound" to any set. The idea is to highlight the details of music that are otherwise lost when audio is compressed with headphones -- to bring out the nuances you might miss unless you have some audiophile-grade gear. No matter how cheap your headphones or earbuds may be, Dirac wants to give you the best sound possible with its latest software.

As you might expect, Dirac isn't divulging too many details on exactly what its technology does to improve the sound. However, it did explain that it has combined sound performance research with "externalization algorithms" to improve the quality of any content, regardless of the audio codec used to record it. The company says some solutions that claim to offer similar results require sound files in a specific codec for their tools to work.

Right now, the headphone software is in the form of a demo Android app I was able to test ahead of CES. This limited version only worked with the Beats Solo3 Wireless. Dirac says it plans to add around 20 more models this week with 75-80 total to be available at launch. That list includes second-gen AirPods, AirPods Pro, B&O H9i, Sennheiser Momentum 3, Sony WH-1000XM3 and more. The demo software I tested was only optimized for the Solo3, so I wasn't able to take it for a spin with the 1000XM3.

After I connected headphones to the Android device, I selected which model you're using. The app then applies a fit correction filter, sets, the high/mid/low balance and "initializes spaciousness." Once that's complete, it booted me over to Spotify so I could play some tunes. In the device's notifications, I could toggle the Dirac tech on/off to hear the difference.

I tested the software with both the Solo3. The Beats on-ear headphones are already very bass-heavy, and while Dirac's optimization does increase the presence and highlight those subtle details, it also increases the bass. It makes songs with a lot of low-end tone almost unlistenable. With JPEGMAFIA's "Puff Daddy," the drum track is almost distorted the bass is cranked so high.

I got better results with songs that don't have such a dominant bass line -- tracks like KAYTRANADA's "Go DJ" (hip-hop) and Gojira's "Oroborus" (metal). Without the Dirac switch turned on, the audio is muffled and compressed. Once activated, the sound is brighter and fuller, with more detail in instruments like guitars. Overall, the results were better with the software on, but some genres did suffer from the heavy-handed adjustments to the low-end frequencies. 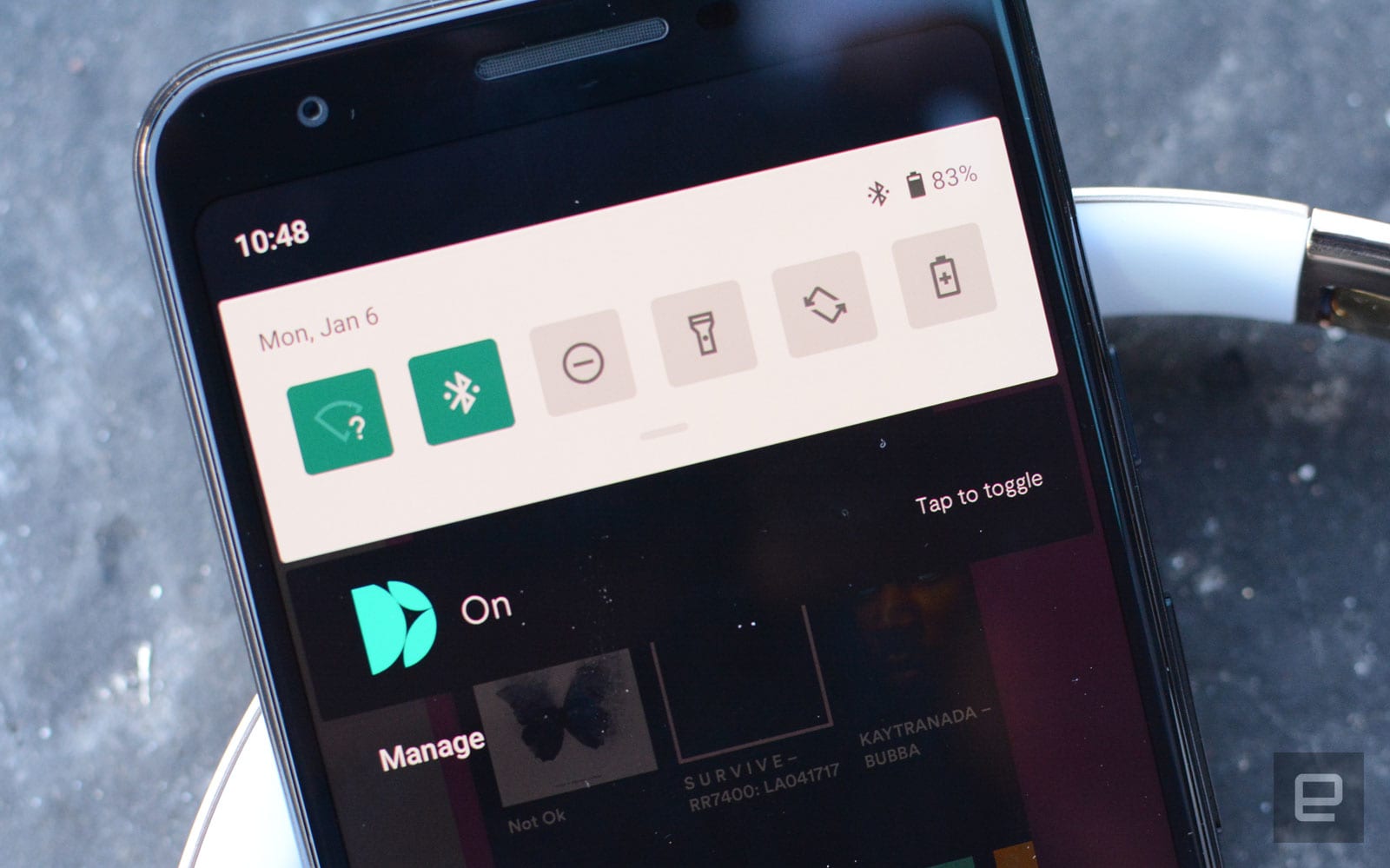 As it stands, I could only turn the software on or off. There's no level adjustment that allows to to tweak how much of the Dirac effect is being applied. It's all or nothing. Perhaps if there was at least an option to tweak the bass, I would've had more consistent results across genres.

The tech doesn't have a name yet beyond "Dirac digital audio solution," but that's not really a surprise. The company says it's speaking with "some of the world's largest" phone makers and streaming services about how the headphone tools can be included in their products. Dirac says the first partnership should be announced in the first quarter of 2020. That being said, the end product is unlikely to be a standalone app directly from Dirac.

Dirac isn't the first to use software profiles to improve headphone audio. Sonarworks has been doing it for a while now. That company first set out to remove "unwanted colorization" in studio speakers and monitors. Basically, to calibrate the equipment engineers were using to mix and master recordings. Then it took that knowledge and applied it to headphones with an app called True-Fi.

True-Fi software offers over 300 headphone profiles alongside age and gender-related hearing loss compensation. It also allows you to manually adjust the EQ curve and bass boost. What's more, True-Fi includes preference settings that gather info based on your responses to audio samples. Once you tap through a few clips, the app creates a personalized sound profile. Sonarworks' audio tweaks are also more restrained. You can definitely hear the difference, but volume, presence and bass aren't cranked up like they are with Dirac's demo. The downside is True-Fi only works with your local files or Spotify's streaming library.

There's no denying something like what Dirac has done can improve headphone audio for just about anyone. That is, as long as the software has a profile for your headphones. The challenge becomes making this readily available. In the case of Sonarworks, you have access to local files and Spotify inside the calibration app, but you have to move over to Spotify to make adjustments to playlists or any other fine-tuning. If Dirac can make its solution a button inside a streaming app, or a feature of a native music player on a phone, it could make things a little more convenient. As beneficial as software like this can be, we'll have to wait and see if the final version of Dirac's headphone correction is as easy to access as it is useful.