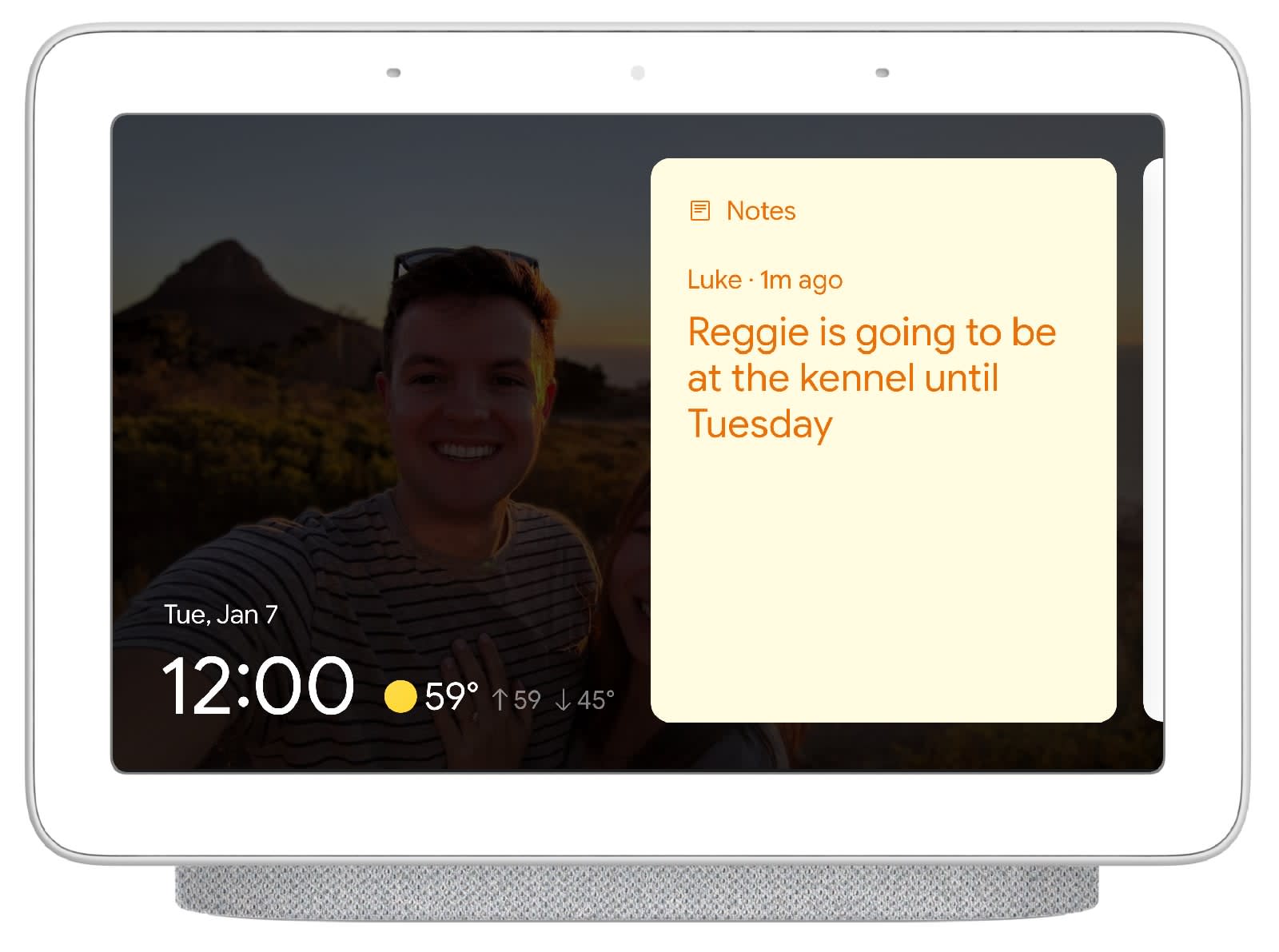 It's the dawn of a new decade, and our devices are amazingly intelligent and powerful. Google's Assistant is continuing to get smarter and more helpful with a set of new features being announced here at CES 2020. There are updates for different devices, which makes things a little confusing to keep track of, but let's start with the easiest to visualize. You'll soon be able to get the Assistant to add sticky notes to your smart display, so you cam let the cat sitter know, for example, if you've already fed it.

You'd do so by telling your speaker or display "Hey Google, leave a note that says I already fed Max breakfast." A yellow Post-It-esque tab will appear on your Nest Hub or Nest Hub Max's home screen, and anyone walking past it can see it. People can also leave you a message without needing to sign in, which is convenient (and also a great opportunity for pranks).

Another bit of info your household members might need is how to get in touch with important contacts, like your partner, super or parents. Google is launching a "speed dial" feature, where you can set up a list of people that anyone in your home can call just by saying "Call Mom," for example.

That might sound dicey to anyone that doesn't trust the people who have access to their smart displays and speakers. But the idea is that since these are already inside your home, you've already granted them access to what's within and trust them to know what they can and can't do.

Household notes and speed dial will roll out later this year, so you have some time to think about who you want to add to your favorites list. 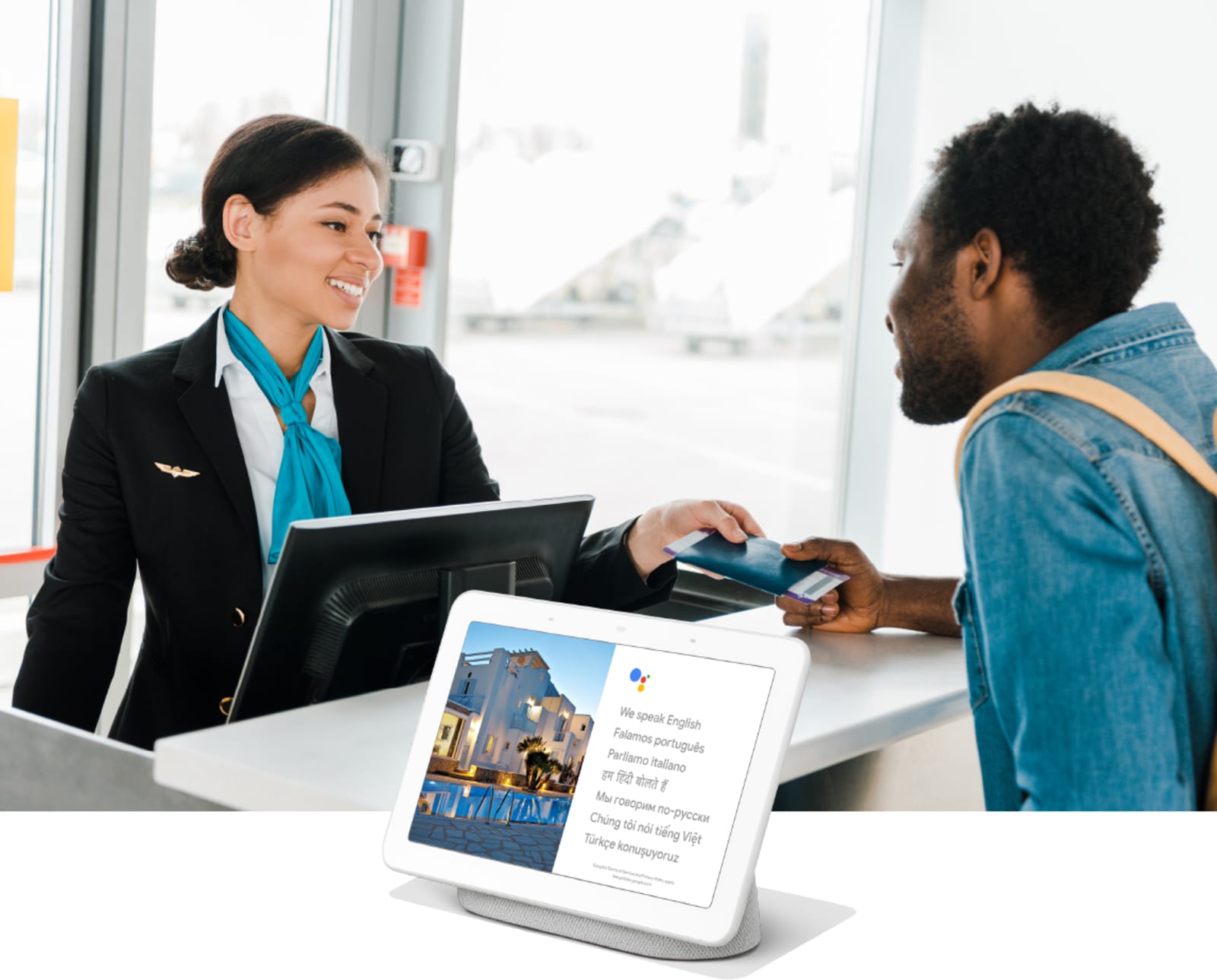 In addition to these new tools, Google is also expanding its interpreter mode that lets Assistant-enabled devices act as a real-time translator for you. When the feature first launched last CES, it was as a pilot program for use in hotel check-in and concierge desks. The mode then rolled out to most Assistant-enabled devices, with Android and iPhones getting support in December.

Google said this was one of its most popular launches over the past year, and is announcing this CES that businesses can add interpreter mode via its partners Volara and SONIFI. Companies will have to get the Nest Hub smart display to use it, and currently 29 languages are supported. This will let Google bring the mode to more hotels and airports, but also places like sports stadiums, retailers and "organizations aiding humanitarian efforts," according to a blog post.

Who knows, in time, interpreter mode might do for cross-language communication what Google Maps did for international travel.

In this article: ces2020, gadgetry, gadgets, gear, google, Google Assistant, google household notes, home, smart display
All products recommended by Engadget are selected by our editorial team, independent of our parent company. Some of our stories include affiliate links. If you buy something through one of these links, we may earn an affiliate commission.