Just as the few other 360 camera makers decided to focus on boosting resolution or sensor size, Insta360 took a surprisingly different route for its next flagship device. The One R announced at CES today is a modular action cam-type device, with the idea being that you can swap between a 360 camera mod and either of the two wide-angle camera mods to suit your needs. Better yet, advanced users can opt for the high-quality 5.3K 1-inch sensor mod which is co-engineered with Leica -- the first collaboration of such for Insta360.

A fully-assembled One R consists of three parts: the camera, the body (with a touchscreen) and the battery base. The body is designed in a way such that you can mount it in either direction, which is handy for selfie moments. As for the battery, you can go for the Boosted Battery Base which comes with twice as much juice, but only the original battery base fits in the bundled mounting bracket, which is required for the IPX8 waterproof rating (depth of up to five meters). If you want to go any deeper, you'll need to get the dive case which is good for up to 60 meters. 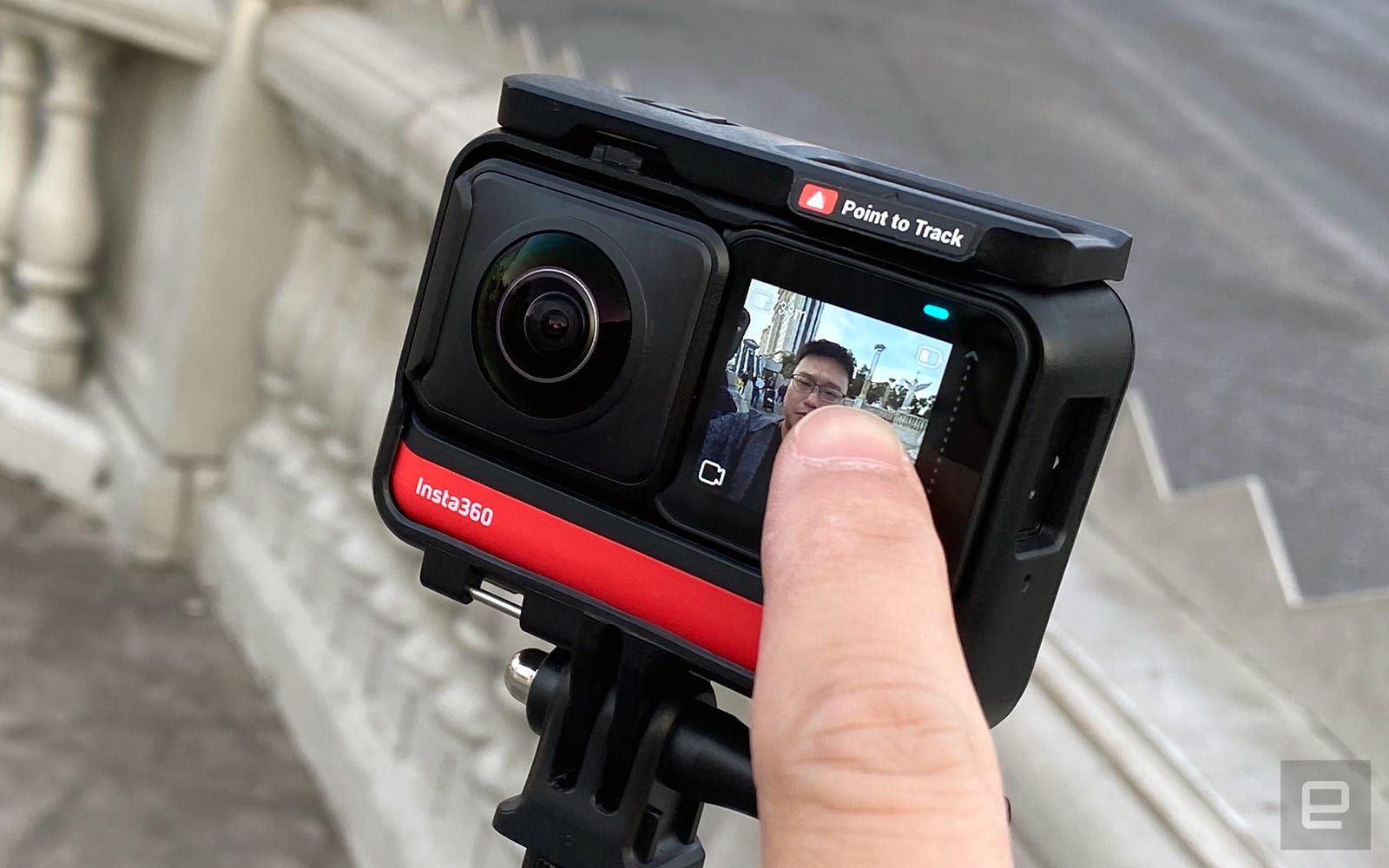 The One R's body houses a brand new image signal processor, so even though the 360 camera mod offers the same 5.7K resolution as the older One X, the company says you'll get much better photos and videos out of this new device. Specifically, the One R comes with the second generation of the already excellent FlowState stabilization, with the main improvement being its supposedly better low-light performance. There's also a new "Super Night Mode" for your handheld shots at night, plus the more efficient H.265 video encoding and improved HDR algorithm. "Bullet Time" is also said to be much easier to master on the One R, thanks to the auto adjustment according to one's spinning speed.

The One R can be remotely controlled by either Insta360's GPS Smart Remote or an Apple Watch. There's also voice control now (English and Chinese only for now), which is convenient for those who often mount their action cams onto their helmets. This also works well with the One R's "Point to Track" feature: while filming, point the frame's arrow at your desired subject and shout "mark that," then when you export said footage to your app, it'll automatically produce a reframed shot that follows said subject. If this AI feature works as well as advertised, it'll save you a lot of production time. 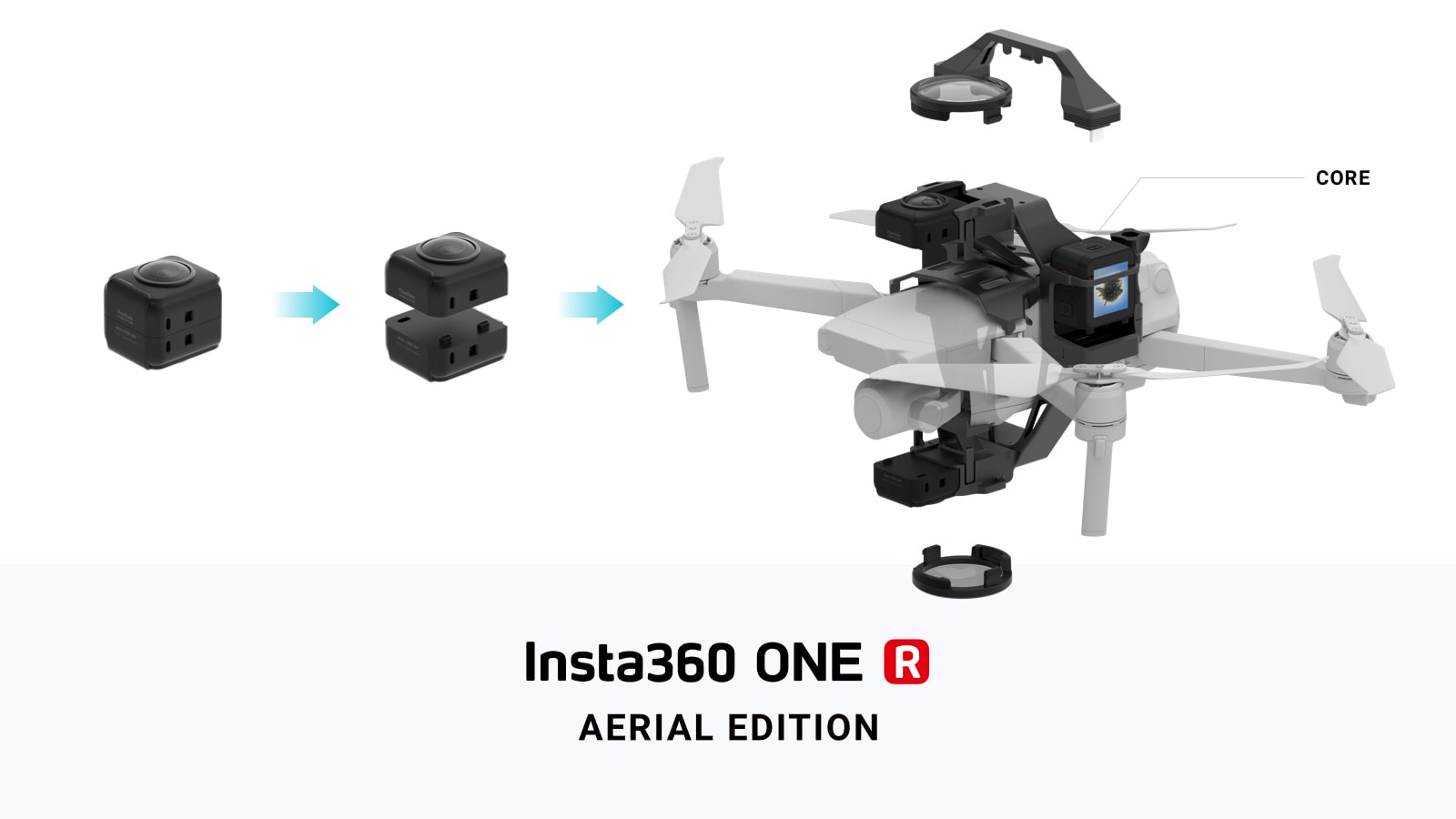 But Insta360 isn't done yet. While this company doesn't make drones, it's working on an "Aerial Edition" One R kit that lets you mount a two-part 360 camera mod at the top and bottom side of a drone -- say, a DJI Mavic 2 -- using a special frame. This will let you capture 360 content with the drone itself rendered invisible which, as you can imagine, should be a lot of fun.

Like before, Insta360 continues to add new app tools that make editing more fun, namely the one-click Starlapse mode plus a new pose-detection algorithm for making stop animation of someone. I was also pleased to learn that the new app will finally be able to download content from the camera while running in the background, as opposed to making us wait until the transfer is complete like in the good old days. 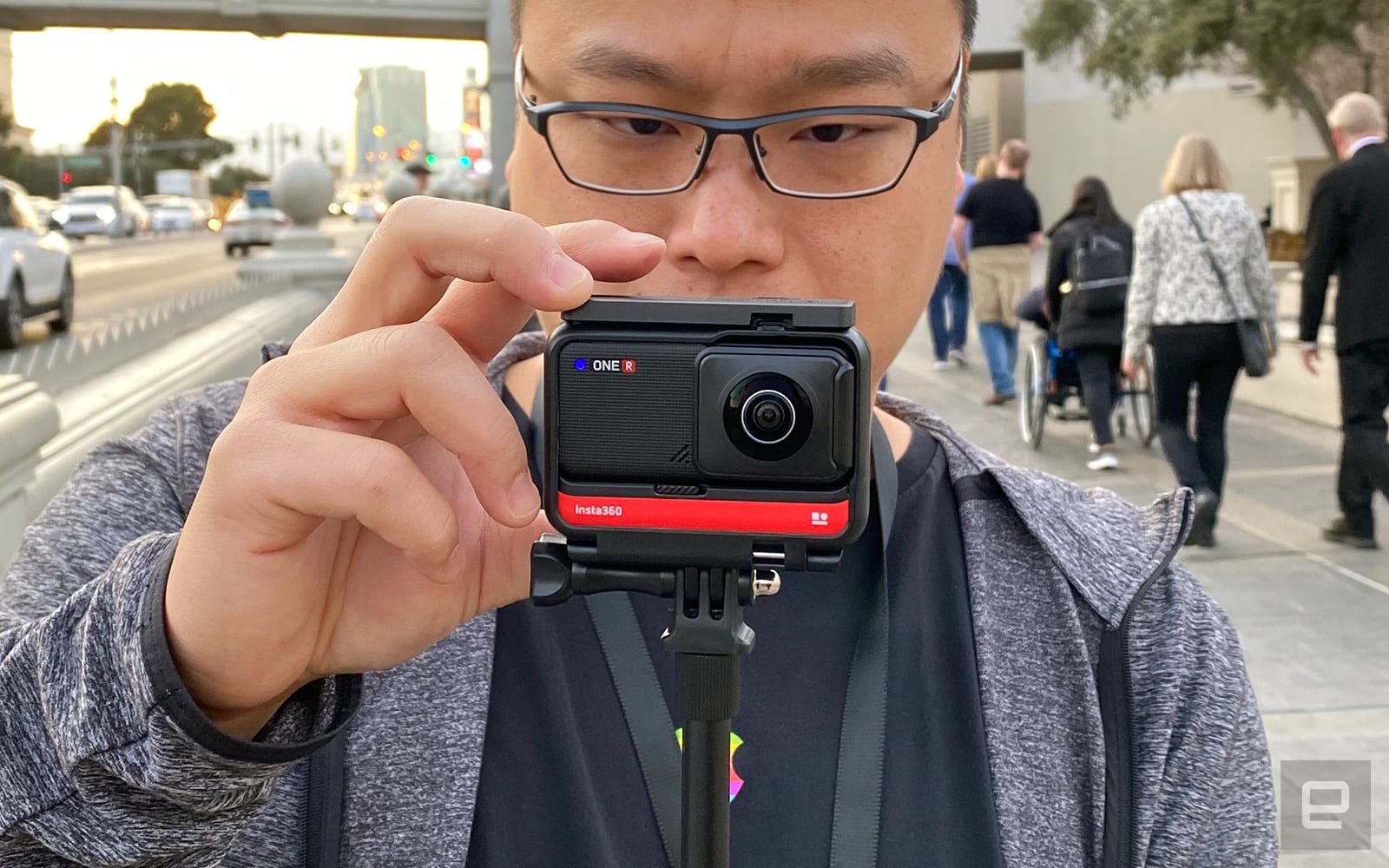 I won't go through the full feature list here, but it's safe to say that the One R is by far the most ambitious product ever from Insta360, and the Leica partnership is certainly a big win for the company. Still, it'll be interesting to see whether regular consumers will buy into this strange concept -- maybe they do want such versatility, or maybe they want one purely because of Leica's involvement.

The more intriguing Aerial Edition is also available for $550, though this is only compatible with the Mavic Pro or Mavic 2 for now.