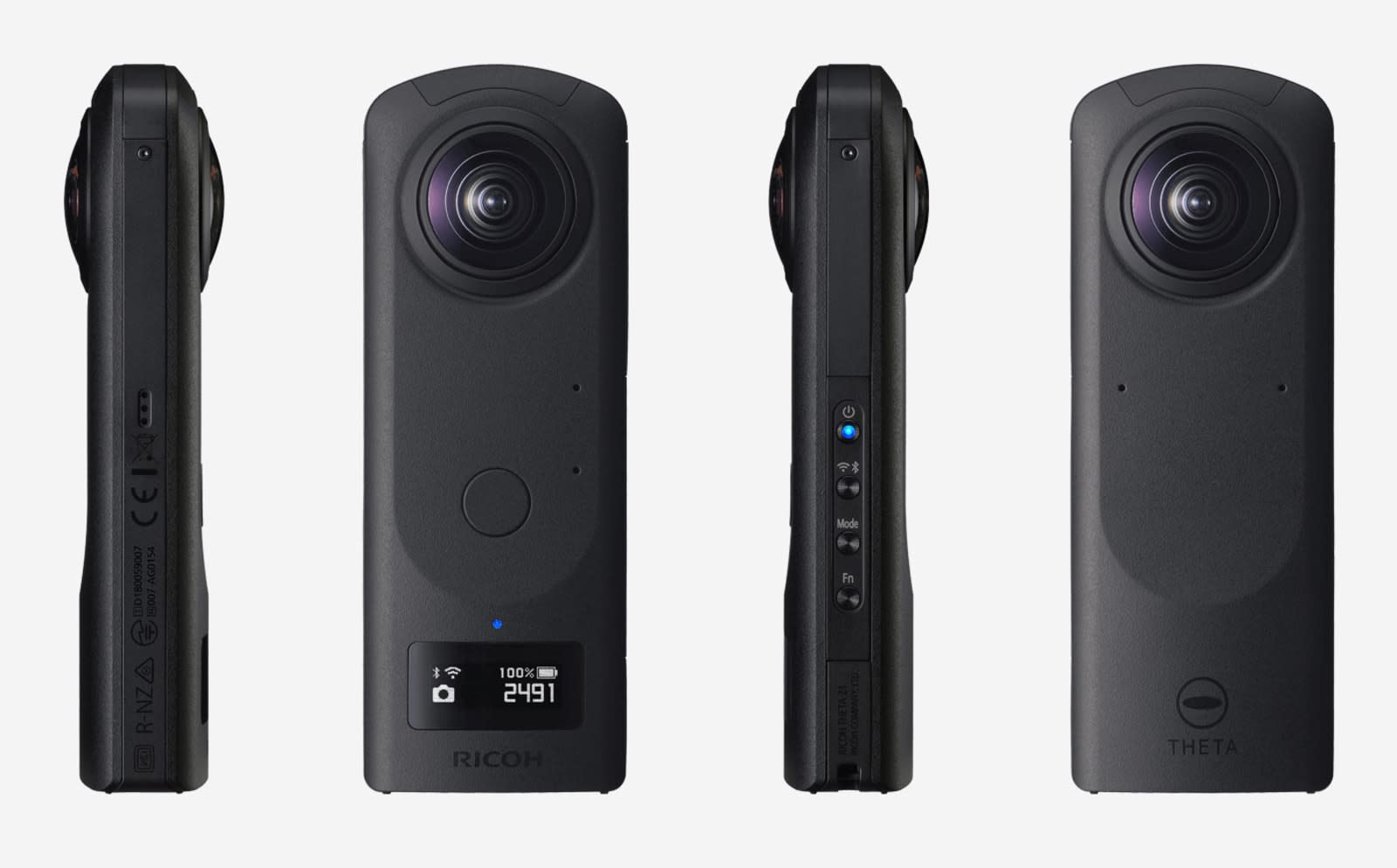 Ricoh has unveiled the Theta Z1, a 360-degree camera that offers near-professional features for a price. It's got a pair of backside-illuminated 1-inch sensors and variable apertures that let you shoot 23-megapixel images at f/2.1, f/3.5 and f/5.6. On top of that you can shoot RAW photos and 360-degree, 4K video. That makes it potentiallly very interesting for professional or semi-pro projects, especially as a "B" or secondary camera.

It looks much like the Theta V, but is more robust and has larger lenses. It also packs a small OLED display that gives battery life, connectivity and other information. It actually resembles Insta360's ONE X camera a fair bit, and may be a way for Ricoh to compete against that model with something a bit more upmarket.

The Theta Z1 automatically stitches images together like the Theta V, but ups the stakes in terms of image quality. To get the best out of RAW shooting, it includes a new plugin that lets you stitch together RAW images in Lightroom. It also packs new algorithms that supposedly improve noise reduction and low-light performance. 360-degree video, also autostitched, can be recorded in 4K at 30 fps with 360-degree spatial audio.

Ricoh is in tough against Insta360's ONE X, which can shoot 4K at a higher 50 fps, albeit with a smaller sensor and fixed f/2.0 aperture. The $399 ONE X is also a lot cheaper, and does a pretty cool trick: It lets you wield an optional selfie-stick, then automatically deletes it from the video. You can do that with the Ricoh Theta models too, but it's not as easy.

For pro or semi-pro shooters, the Theta Z1's multiple f/stops and a big sensor could make it a useful to accompany photo shoots. That way, you could give a client a cool 360-degree video on top of your photo or video shoot, and charge them for the privilege. Ricoh's Theta Z1 goes on sale next month for $999.

In this article: 1-inch, 23-megapixel, 360DegreeCamera, cameras, gear, ImageStabilization, Ricoh, ThetaZ1
All products recommended by Engadget are selected by our editorial team, independent of our parent company. Some of our stories include affiliate links. If you buy something through one of these links, we may earn an affiliate commission.