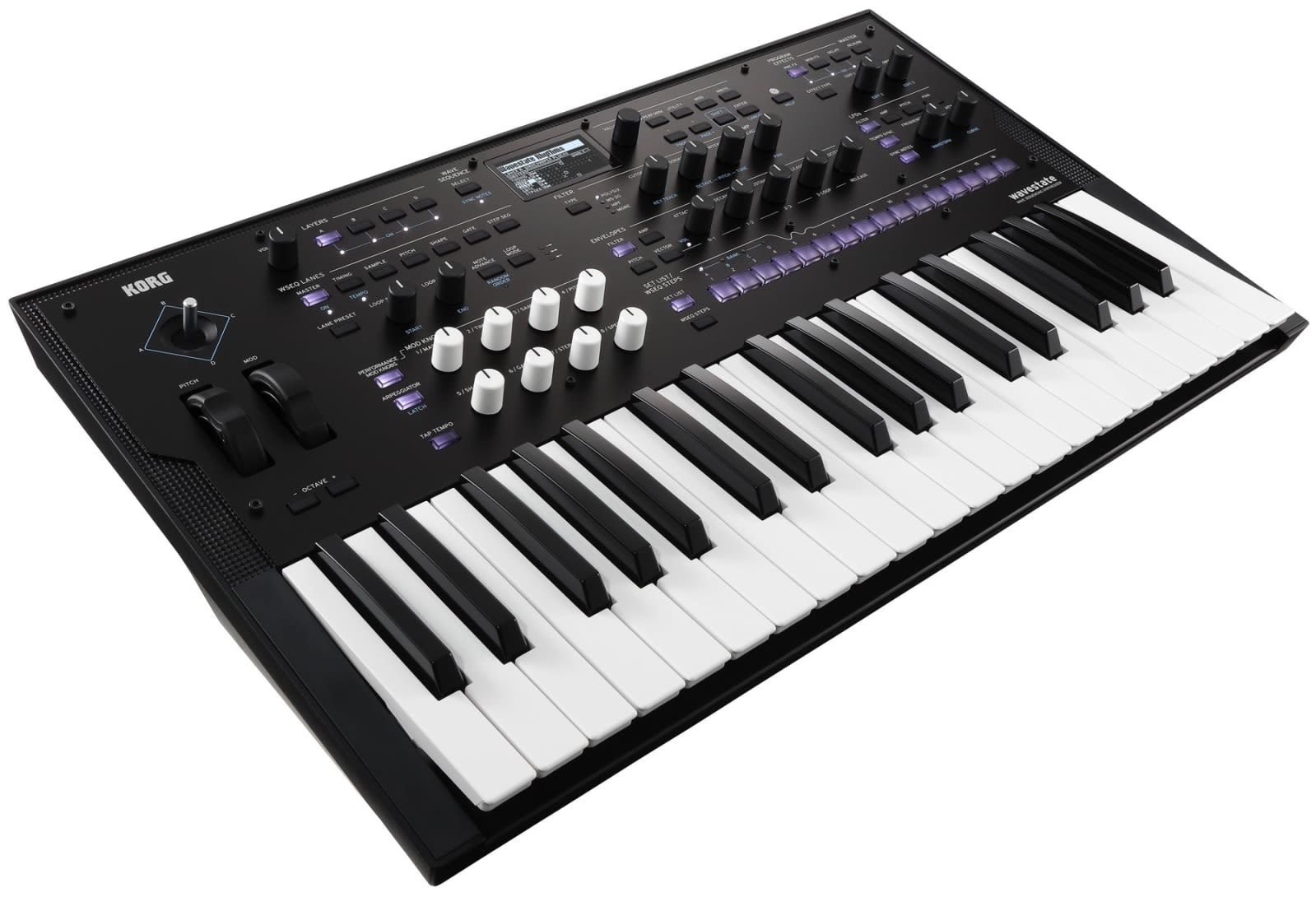 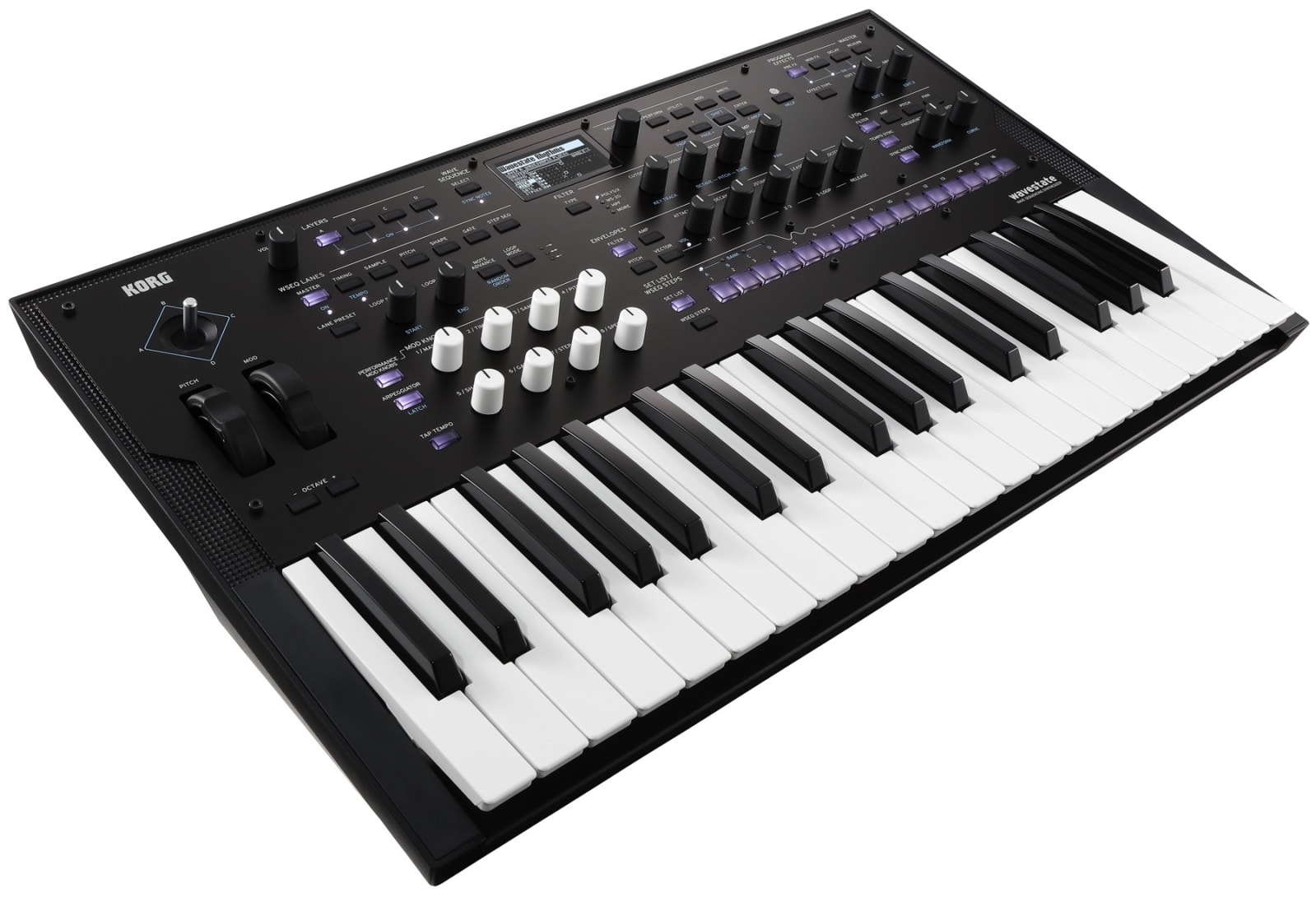 There are countless different styles of synthesis, but one of the more rare and distinctive is vector synthesis, in which different sound sources are dynamically blended to give a sense of movement. One of the most iconic vector synthesizers is the Korg Wavestation. Its unique sound was all over the place in the early 90s, from Genesis, to Depeche Mode to the X-Files. It was particularly well regarded for its pad sounds. But, it was also a very short lived family of instruments, being introduced in 1990 and discontinued in 1994. There have been a few other vector synths (including the Korg OASYS) in the years since, but none have resonated with musicians quite like the Wavestation. Korg is ready to give it a go again with a spiritual successor called the Wavestate.

Part of what made the Wavestation so unique was its wave sequencing, in which several samples could be crossfaded together to create evolving timbres. That allowed it to produce rich cinematic sounds (though with a distinct '90s vibe) with just a single key press. The Wavestate picks up the same capability, including the ability to blend between four different complex wave sequences, and give each one unique characteristics and lengths. Not only that, but many of those parameters can be randomized to create pads that evolve organically without any immediately obvious pattern. Korg is completely embracing randomization as a creative tool too. There's a dedicated button labeled with a dice icon, that can "intelligently" create a whole new sound or just randomize part of it like the filter or effects.

And, unlike the original Wavestation (which other than the joystick for blending between the four sound sources was pretty barren), there are plenty of performance focused controls on the Wavestate. There's the aforementioned joystick, your standard pitch and mod wheels, plus a pile of knobs (25 to be specific) and an arpeggiator. And, unlike a lot of other recent Korg synths, the Wavestate opts for full-sized keys on its 37-key keyboard instead of mini ones.

The heart of Wavestate is its almost overwhelming selection of digital sounds and effects. Korg hasn't given a specific number, but it says the synth has "gigabytes" of samples onboard (including those from the Wavestation) from which to sculpt your sounds. Compare that to the two megabytes (yes -- megabytes) of samples on the original Wavestation and it's clear this is an infinitely more capable instrument. There's also several digitally modeled filters, including some based on the legendary MS-20 and Polysix, and a selection of effects (though, again, Korg wouldn't specify how many). Up to 14 effects can be combined simultaneously, and they range from your standard reverb, delay and chorus, to emulations of Vox guitar amps, wah pedals and other "classic guitar pedals."

It's clear that it will be easy to get lost in the Wavestate building the sound of your dreams (or just creating chaotic noise).

Of course we'll have to wait to get our hands on one to tell you how easy it is to program and how good it sounds. Thankfully, we shouldn't have to wait too long. The Wavestate is expected to start shipping soon (right after the end of NAMM which wraps up on January 19th) for $800.

In this article: av, digital modeling, gadgetry, gadgets, gear, korg, korg wavestate, korg wavestation, music, musical instrument, namm, namm2020, synth, Synthesizer, vector synthesis, wavestate, wavestation
All products recommended by Engadget are selected by our editorial team, independent of our parent company. Some of our stories include affiliate links. If you buy something through one of these links, we may earn an affiliate commission.