It could be a great choice for first-time PC builders.
C. Velazco|01.07.20
@chrisvelazco

A bit earlier this week, Intel gave us an early look at its NUC 9 Extreme, the latest in a long and fascinating line of super-compact PCs. It's bigger than the NUCs (or Next Units of Computing) we've seen in the past, but that extra size means this is the first NUC to play nice with unlocked Core i9 CPUs and full-sized graphics cards. As it happens, that sort of performance and flexibility was enough to catch Razer's eye, leading it to build a tiny, modular gaming PC built around Intel's latest high-powered Compute Element. Say hello to the Tomahawk.

Razer says it's a been too early to talk about price tags, but you can configure a Tomahawk with up to a 750W power supply, a Core i9 processor, 64GB of DDR4 RAM and an NVIDIA GeForce RTX 2080 Super GPU. That'll get you some pretty solid in-game frame rates, especially for a machine that's a fraction of the size of more traditional gaming desktops.

And here's the really interesting bit: Beyond capitalizing on the obvious appeal of a compact gaming PC, Razer is also positioning the Tomahawk as a first machine for folks who want to get started building PCs. Wrapping your head around PC Part Picker lists and collecting components and cable management can be pretty daunting for new builders, but that's all pretty much irrelevant here. 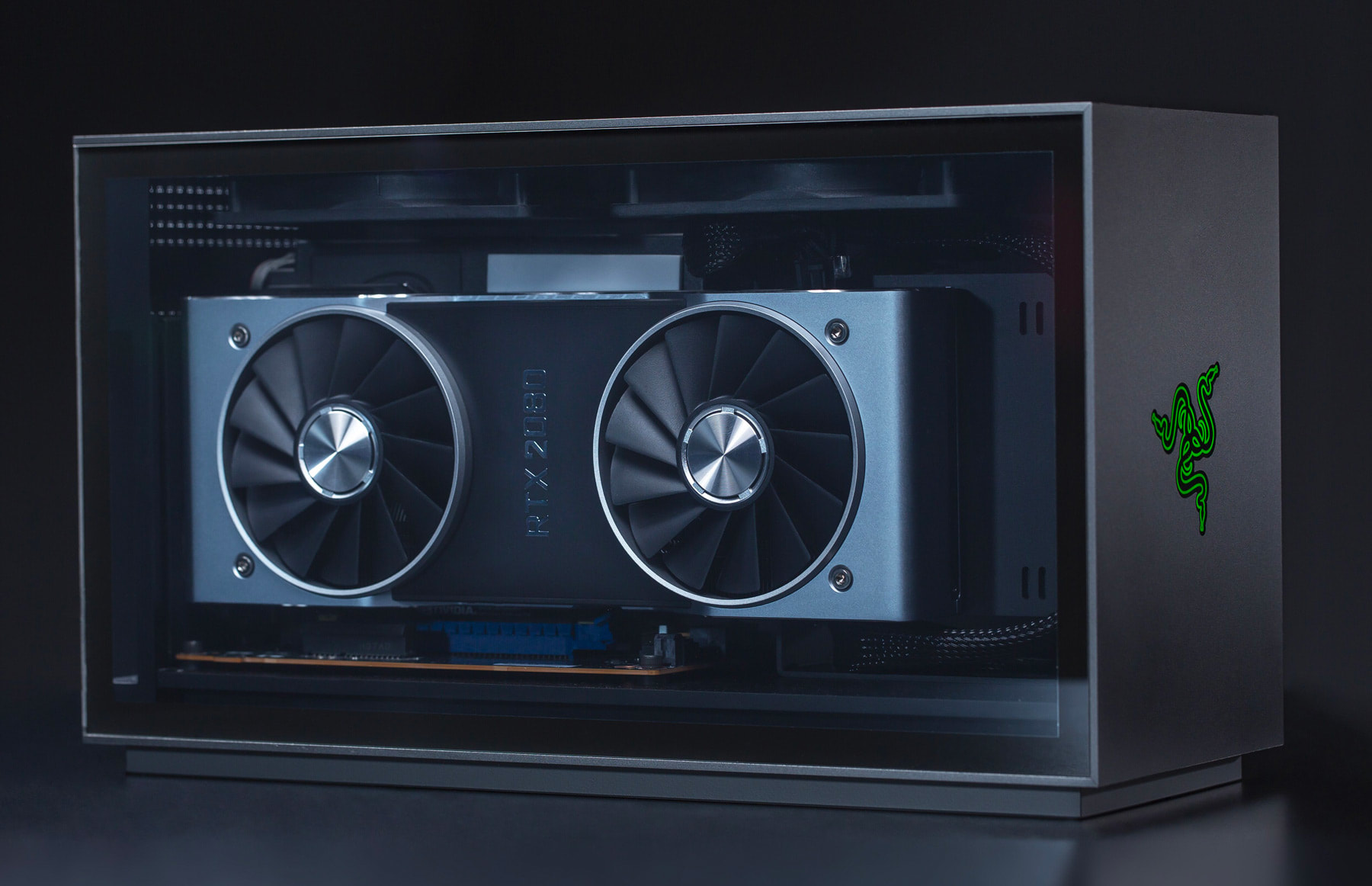 The Compute Element itself is basically a PCI-Express cartridge that contains the CPU, RAM and storage; it's dead simple to plug into the chassis or swap out for a more powerful Element down the road. (You can also jump right in and add your own RAM or storage, rather than keep what Razer gives you.) It doesn't hurt that the Tomahawk case has a sort of G4 Cube thing going on -- all you have to do is unlock an internal sled from the rest of the case and slide everything right out. In a quick demo, a spokesperson was able to snap on a GPU and slide the whole package into the Tomahawk case in under a minute.

Sure, you won't learn much about building an actual PC from a Tomahawk, but there's something to be said for easing people into the process. And hey: Maybe the Tomahawk will wind up offering just the right amount of gaming power for some people. We'll have to wait to find out for sure, though -- the Tomahawk is slated to go on sale sometime in Q1 2020.