When NVIDIA announced its revamped Super RTX video cards earlier this month, the bulk of the attention was on its affordable midrange entries, the RTX 2060 Super and 2070 Super. For just $399 and $499, they delivered significantly faster speeds than their predecessors, and they arrived just in time to go head to head with AMD's latest Radeons. Then there's the RTX 2080 Super, which replaces the RTX 2080 at the same $799 price. Based on its specs alone, it didn't seem like a huge leap forward. That's something my testing confirms.

While it's nice to get a slightly faster card, it's clear that NVIDIA saved the more significant upgrades for its new midrange GPUs. The 2060 Super got an additional 2GB of RAM while the 2070 is basically running an underclocked version of the original 2080's hardware. The 2080 Super, unfortunately, doesn't get anything nearly as impactful. It's easy to see why: Nvidia had to deliver something slightly faster than before, but it also didn't want encroach too much on the $999 RTX 2080 Ti, which remains its flagship offering. Given that the original RTX 2080 was already impressive, there simply wasn't much room to innovate.

All games were tested in 4K/HDR with the highest graphics-quality settings on a rig powered by an Intel Core i7-8700K and 16GB of RAM on an ASUS ROG Strix Z370-E motherboard.

The benchmarks reflect what we expected from the RTX 2080 Super's hardware. It's slightly faster than the 2070 Super, but for the most part, it doesn't seem worth the extra $199. The 2080 Super edges past 60 fps in the Hitman 2 "Mumbai" benchmark at 4K, but the 2070 Super still scored a respectable (and very playable) 54 fps. And when compared to the original 2080, the new card is an even smaller leap forward. While playing Destiny 2 in 4K with maxed-out settings, the 2080 Super reached between 85 and 105 fps while the previous GPU saw 80 to 100 fps. That's not a difference you'll actually notice while playing the game. 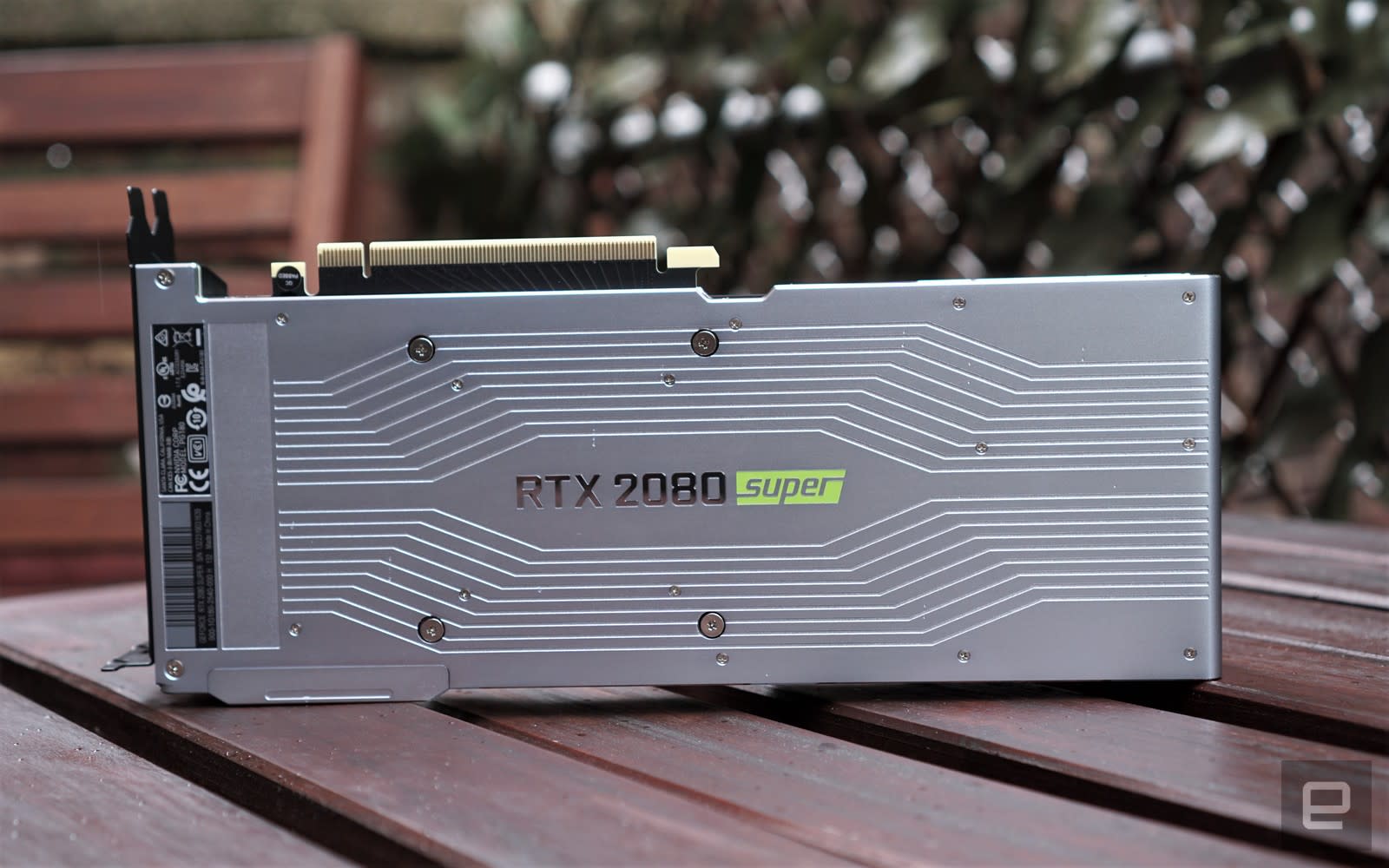 Even when it comes to real-time ray tracing, which allows for more-realistic lighting and shadows, the RTX 2080 Super wasn't a huge improvement. The Shadow of the Tomb Raider benchmark scored 43 fps with ultra ray tracing settings, a slight jump from the 38 fps from the 2070 Super. There's potential for more of a performance gap with future games though. 3DMark's Port Royale benchmark, which goes full-tilt with ray tracing technology, scored almost 1,000 more points on the 2080 Super (6,776) compared to the 2070 Super's score of 5,845.

Given how much value NVIDIA stuffed into the 2060 and 2070 Super cards, it's no surprise that the 2080 Super has a hard time justifying itself. But like the original 2080, it's a worthwhile card if you can't swing the $999 for the RTX 2080 Ti. It's almost as fast, and it'll still let you game in 4K with most titles. (It's also a more compelling GPU than AMD's Radeon VII.) But most gamers would be better off with the midrange cards, especially after a bit of overclocking.