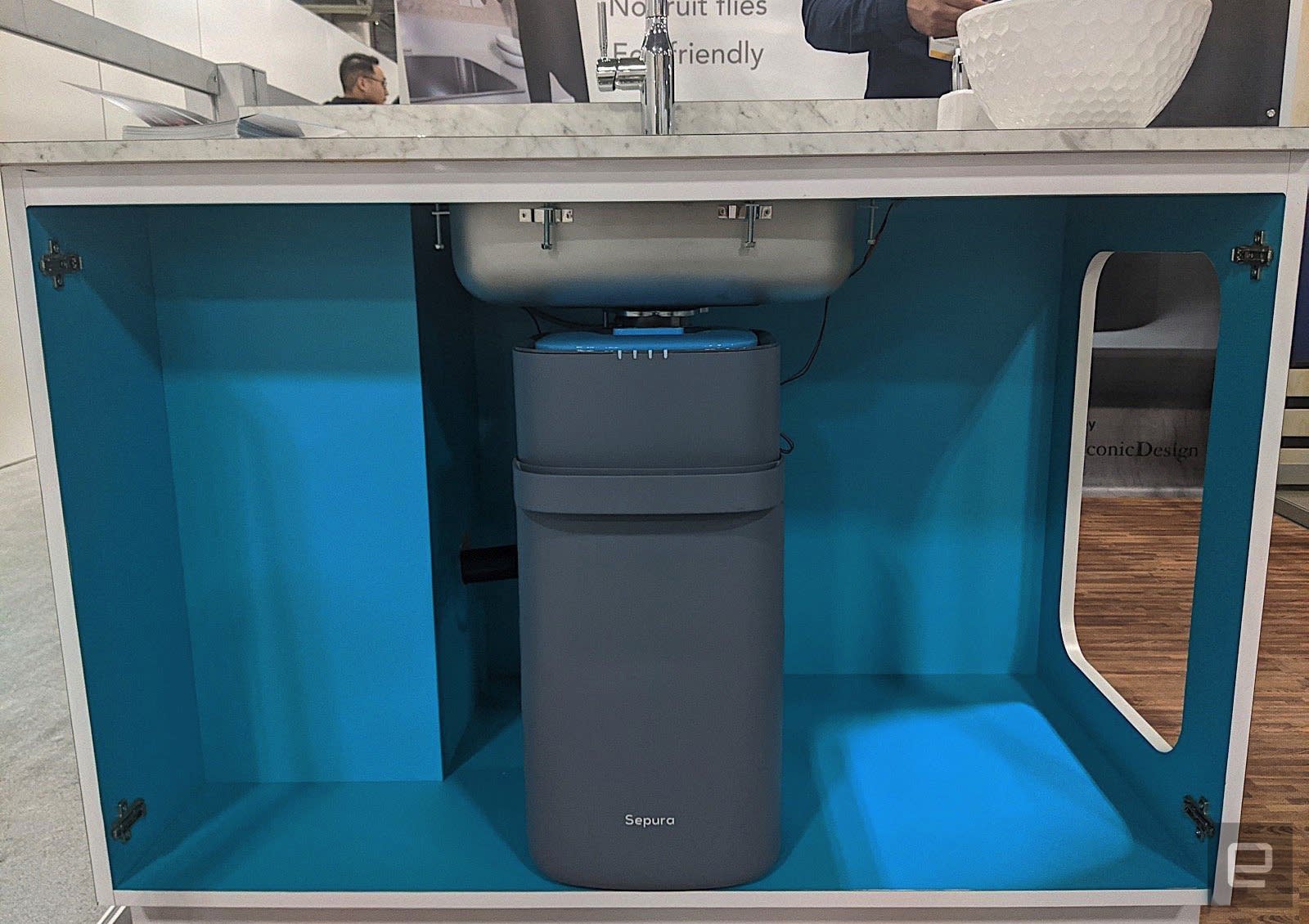 Composting is a fantastic way that regular folks can help both combat climate change and reduce the pressure on local landfills, but the practice is fraught with having to wrangle slimy, smelly, and easily spillable food scraps. But with the Sepura mounted under your kitchen sink, all you have to do is scrape your plate.

The Sepura effectively replaces your existing Insinkerator, both in form and in function. While regular garbage disposals simply grind up food waste into small enough chunks that they'll fit through your home's sewer pipes, the Sepura automatically separates solids from liquids, depositing the former in a scent-proof collection bin which can then be emptied into your backyard compost pile.

And since you don't have to worry about hard food scraps dulling or breaking the disposal's blades, you can toss just about anything down the sink -- so long as it fits through the drain pipe. We're talking avocado pits, egg shells, crab shells, even bone. Semi solids like chili are no problem, as the solid chunks of meat, bean, and coagulated fat will automatically separate from any remaining liquid.

Installation is easy. You simply attach the separator device to the underside of your kitchen sink, hook up the drain pipe to one side of the separator and the collection bin to the other. That's it. The collection bin's cover doubles as a carbon filter so you won't smell a thing as the bin slowly fills. You won't even have to remove the cover until you're ready to empty the bin thanks to a series of four LEDs which light up as it fills.

The Sepura is slated to go on sale this fall and retail for $340.

In this article: bestofces2020, ces2020, eco-friendly, food, gear, home, sepura, tomorrow
All products recommended by Engadget are selected by our editorial team, independent of our parent company. Some of our stories include affiliate links. If you buy something through one of these links, we may earn an affiliate commission.