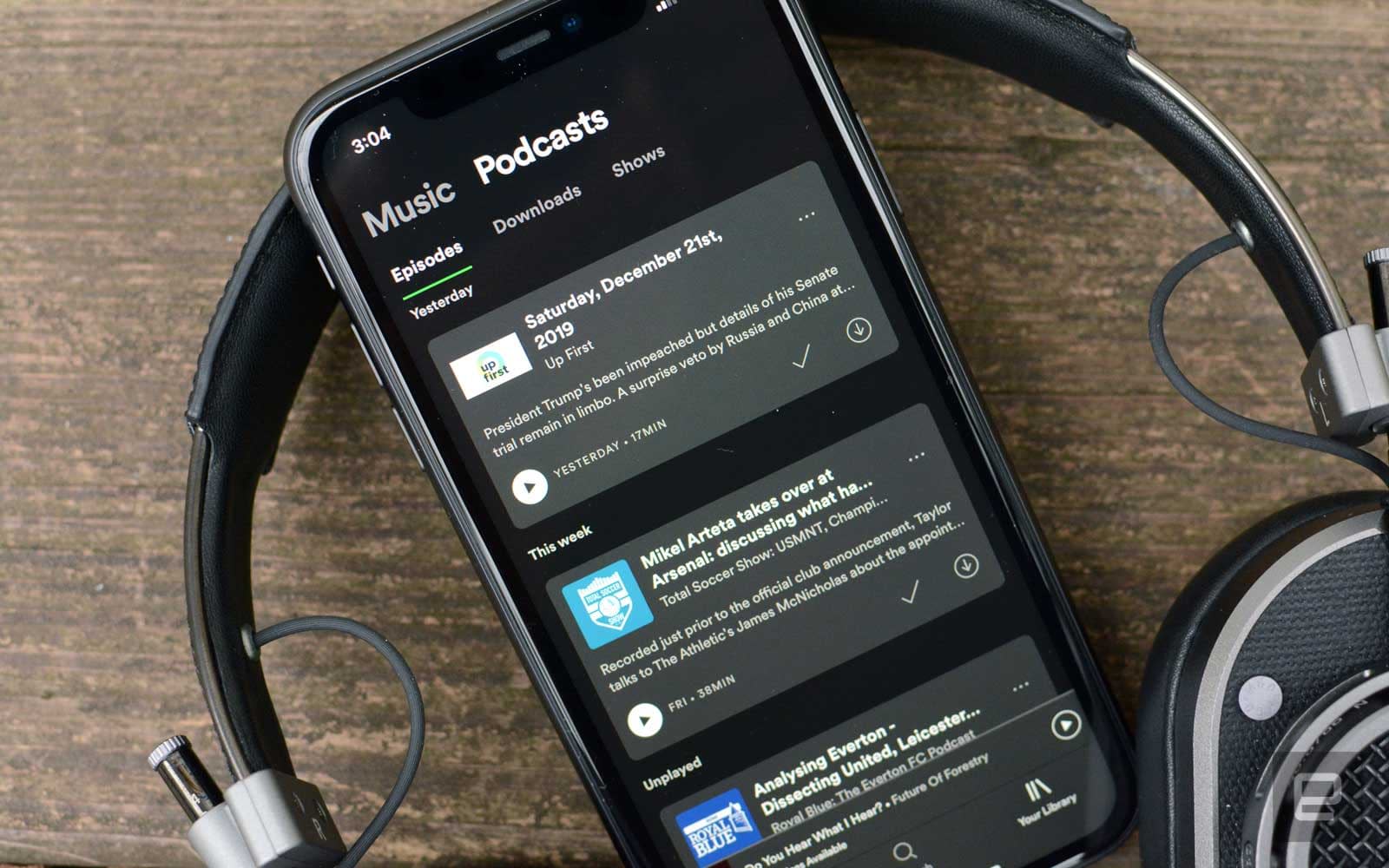 2019 was a big year for Spotify in terms of podcasts. The company padded its content library and added an easy-to-use podcast production tool through acquisitions. In 2020, the streaming service is making a big change to ads available on the episodic content. With technology called Streaming Ad Insertion (SAI), Spotify will offer podcasters and advertisers detailed analytics that haven't been available before. The company will be able to provide stats like actual ad impressions, frequency, reach and anonymized audience info. That audience info includes age, gender, device type and listening behavior.

Despite being a popular medium, there's still a lot about podcasts that remains unknown. The available analytics on a podcast can vary depending on where the show is hosted. That's about to change -- at least for some shows. Spotify plans to do this by inserting pre-recorded reads into an episode seamlessly. The show's regular host or producer will pre-record ad slots and the streaming service will place them in the best spot for each listener. Spotify will also tailor the ads to your preferences based on your listening habits. 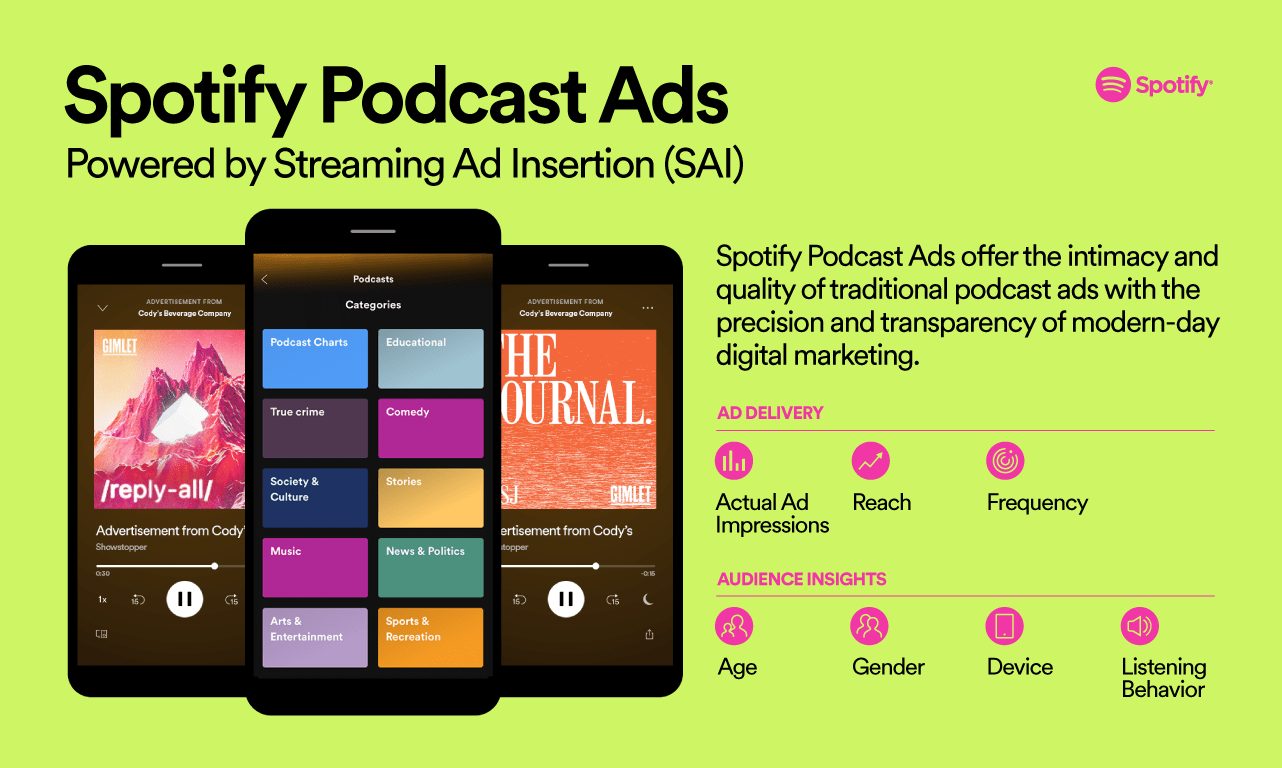 If it sounds like there are going to be more ads on podcasts you listen to on Spotify, don't be alarmed. This SAI system will replace ads that are typically recorded as part of a show. There won't be ads on top of ads. In fact, the company says the process will go unnoticed by listeners -- you'll likely think your favorite hosts are doing their thing as normal.

The SAI tech won't be available to everyone just yet. Spotify is going to use the system on its own original and exclusive shows. In fact, the company already tested it on Jemele Hill Is Unbothered with Puma. Ads created, placed and tracked with SAI increased ad recall (people's ability to remember listening to a commercial) by over 180 percent. As usual, Spotify says this is the just the beginning where podcast ads and analytics are concerned. More info for advertisers should mean they're willing to buy more ads, or pay more per spot. If Spotify opens it up to all podcast producers, that could lead to more financial support for your favorite shows.

In this article: add, ads, ces2020, entertainment, internet, podcast, podcasts, sai, spotify, streaming, streaming ad insertion
All products recommended by Engadget are selected by our editorial team, independent of our parent company. Some of our stories include affiliate links. If you buy something through one of these links, we may earn an affiliate commission.