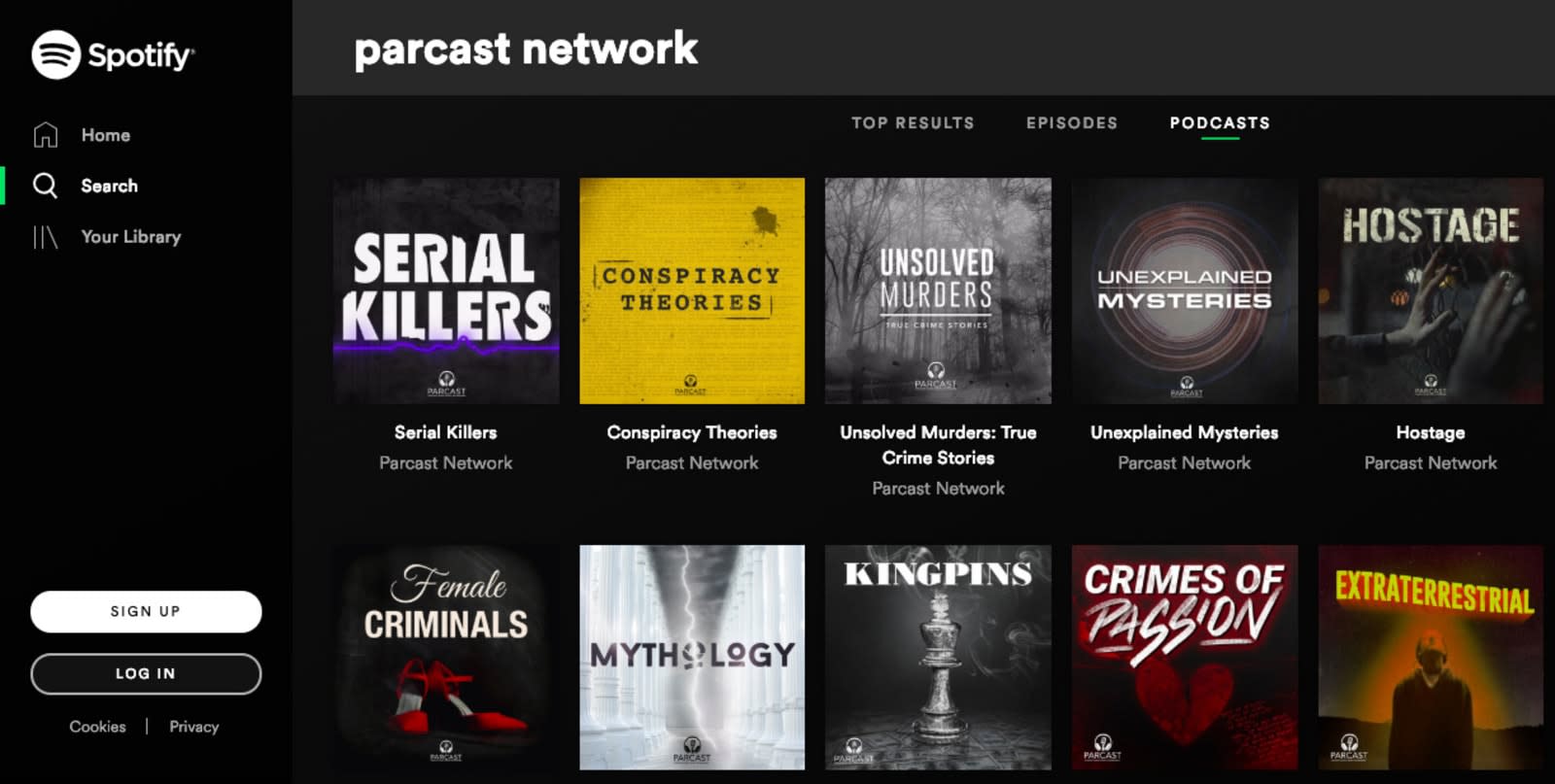 Spotify promised more acquisitions after powering its way into the world of podcasts with its one-two buyouts of Gimlet and Anchor in February, which came on the back of its first-ever operating profit. Today it remained true to its word by announcing yet another deal, this time for podcast studio Parcast, a rising star of the industry that's been making waves on the Apple Podcasts chart. Spotify is keeping quiet about the financial details of the transaction.

Parcast has tapped into our collective fascination with true crime by churning out 18 shows that tread the fine line between fact and crackpot conspiracy theories. The New York Times described its output (including podcasts Female Criminals, Unexplained Mysteries and Unsolved Murders) as a mix of "historical fact, pop psychology and rampant speculation." Parcast promised an additional 20 shows this year.

"The addition of Parcast to our growing roster of podcast content will advance our goal of becoming the world's leading audio platform," said Dawn Ostroff, Spotify's chief content officer. "Crime and mystery podcasts are a top genre for our users and Parcast has had significant success creating hit series while building a loyal and growing fan base. We're excited to welcome the Parcast team to Spotify and we look forward to supercharging their growth."

The deal is expected to be approved in the second quarter of 2019 pending closing conditions. It adds even more podcasts to Spotify's expanding catalog comprised of its own original shows, third-party content from publishers like NPR and The Ringer, and classics of the medium such as Serial (which Parcast founder Max Cutler has cited as an influence). By gobbling up podcast recording and distribution platform Anchor, Spotify had its sights on the long-term goal of building a YouTube-style creator network.

In the meantime, it's clearly craving more content beyond music to lure in listeners. And that's where Parcast's quick-fire originals come in. The studio's focus on cutting costs means it's pumping out shows at a faster clip than its bigger rivals. That in turn has helped it to become a mainstay on the Apple Podcasts chart. The constant stream of episodes (around nine weekly or biweekly shows, per NYT) no doubt made it a big draw for Spotify.

In this article: acquisition, business, entertainment, parcast, podcast, podcasting, podcasts, spotify
All products recommended by Engadget are selected by our editorial team, independent of our parent company. Some of our stories include affiliate links. If you buy something through one of these links, we may earn an affiliate commission.