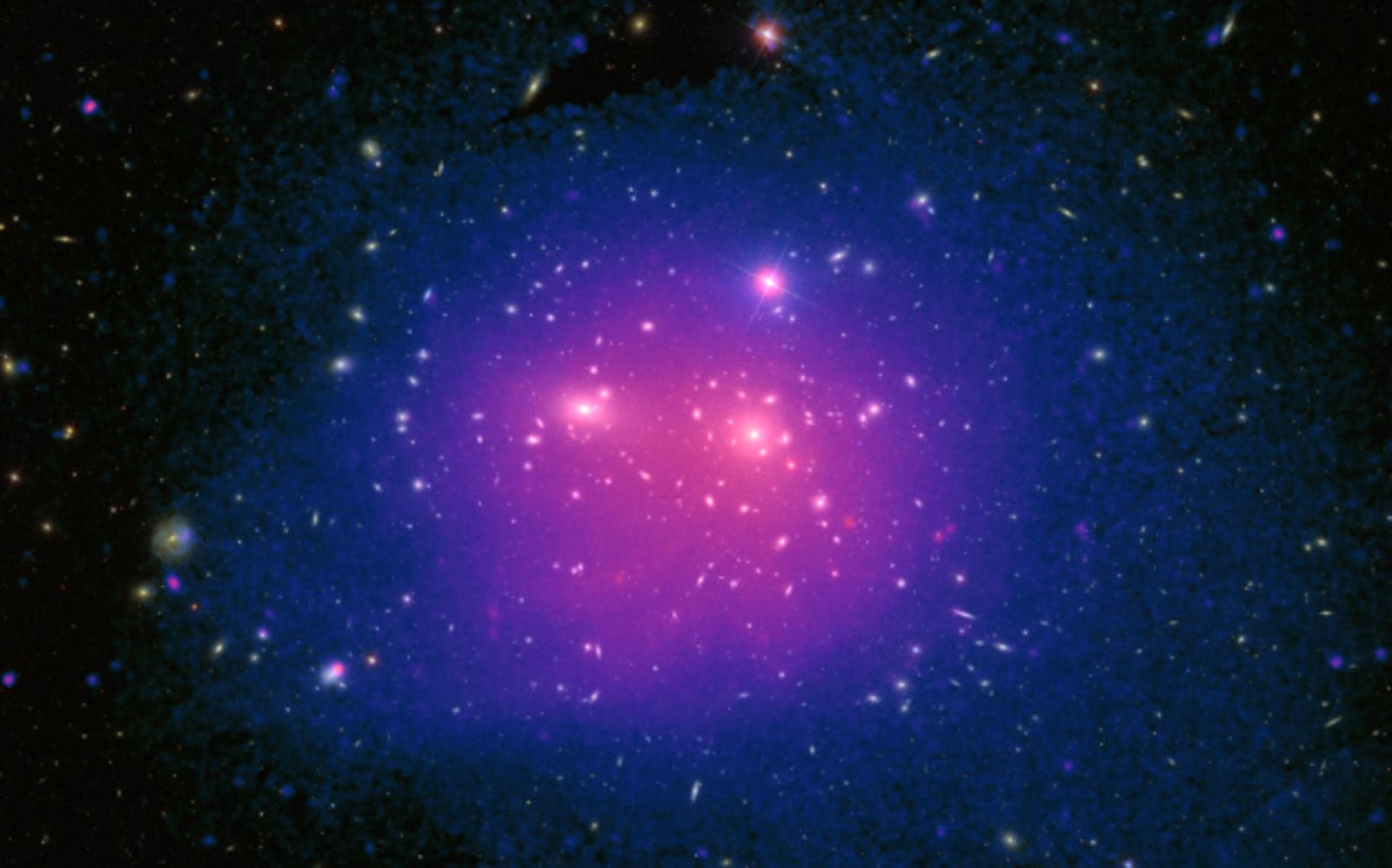 For the first time, scientists have observed signs of plasma "flowing, splashing and sloshing" in a galaxy cluster. This kind of motion has been predicted, but it was only theoretical. Now, with data on how the plasma moves, researchers hope to discover how galaxy clusters, the largest systems in the Universe, form, evolve and behave. Their findings have been published in the journal Astronomy & Astrophysics.

The researchers observed two nearby galaxy clusters, Perseus and Coma, and mapped the movement of their plasma. In Perseus, they believe the movement is caused by smaller sub-clusters of galaxies colliding with larger clusters. That produces enough energy to disrupt Perseus' gravitational field and creates a sloshing motion that researchers predict will last for many millions of years.

The team, lead by researchers from the Max Plank Institute for Extraterrestrial Physics, did not detect sloshing plasma in Coma. They believe that's because Coma is made of two major sub-clusters that are slowly merging but have not yet formed a "blob" like they detected in Perseus.

These discoveries were made possible by a new calibration technique applied to XMM-Newton's European Photon Imaging Camera (EPIC). The researchers used two decades worth of EPIC data to make the camera's velocity measurements more accurate. XMM-Newton, the largest scientific satellite ever built in Europe, has been observing the sky since its launch in 1999, and this new calibration technique gives its EPIC camera powerful new capabilities.

"By using past XMM-Newton observations to refine future ones, the new technique may open up inspiring opportunities for new research and discovery," ESA XMM-Newton Project Scientist Norbert Schartel said in a press release.

In this article: coma, esa, European Photon Imaging Camera, european space agency, galaxy, galaxy cluster, max plank institute, movement, perseus, plasma, sloshing, space, tomorrow, universe, xmm-newton
All products recommended by Engadget are selected by our editorial team, independent of our parent company. Some of our stories include affiliate links. If you buy something through one of these links, we may earn an affiliate commission.