The app offers the most comprehensive set of grilling features we’ve seen so far.

If you haven't been keeping up with the latest in backyard-barbecue news, Weber is tackling smart and connected grilling in a big way this year. The company announced its WiFi-enabled SmokeFire pellet grills back in November, which will be available later this month. This week at CES, it debuted the Weber Connect Smart Grilling Hub: a standalone device that can equip any grill with Bluetooth and WiFi smarts. Both of those products tap into Weber Connect, a powerful mobile app that will help grillers and aspiring pitmasters of all skill levels cook without worrying they might ruin dinner.

I've reviewed Traeger's Timberline and Ironwood connected grills, which allow you to control and monitor the machine remotely. The connectivity offered via that company's WiFire tech is extremely useful, especially during longer cooks like for a brisket or pork shoulder. Trager's app has a massive library of recipes, and you can automatically set the grill temperature based on the recipe you choose. The software does offer some guidance, but it's not quite on the level of what Weber Connect will provide. 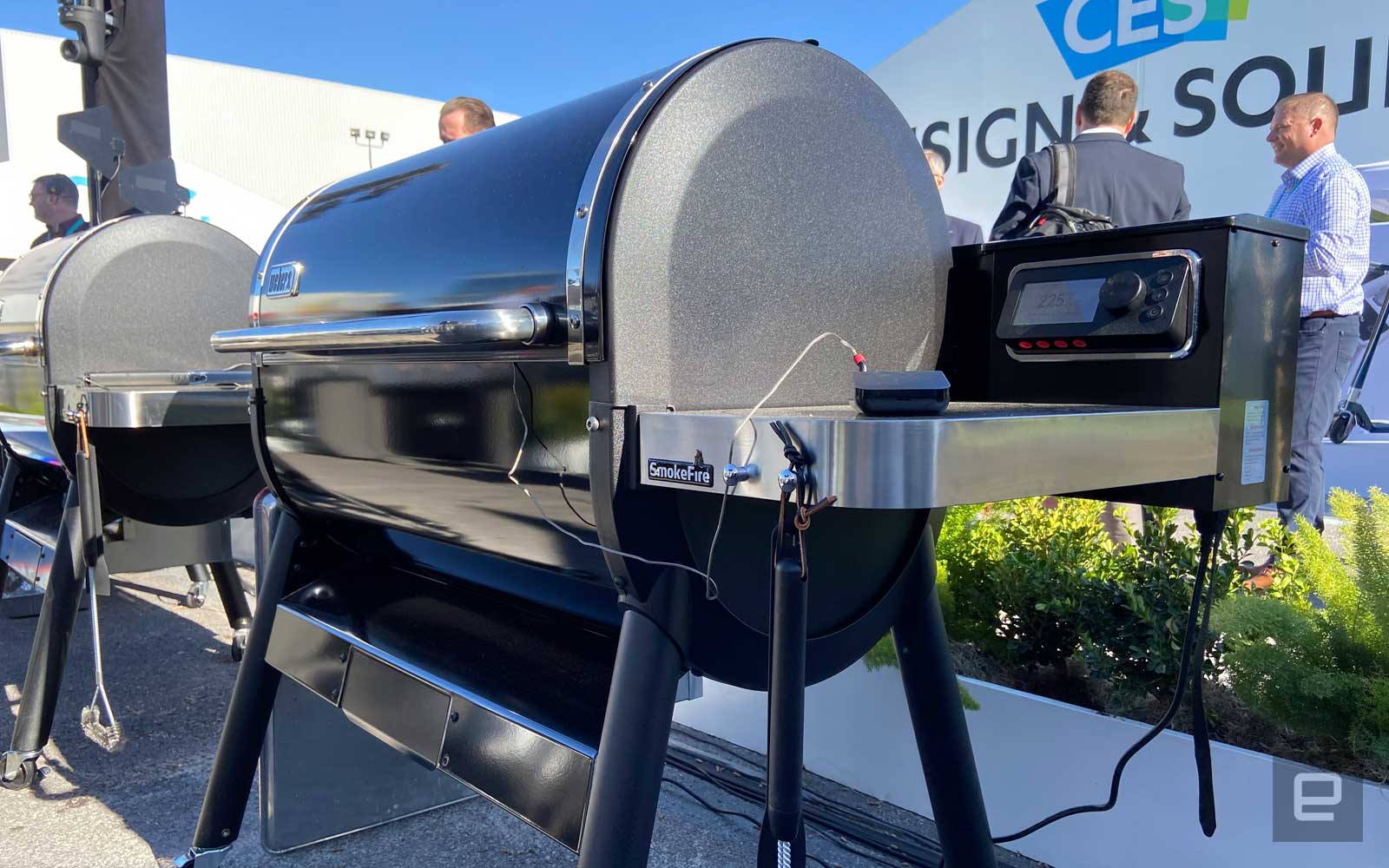 Weber Connect runs on JuneOS, the technology that powers the June smart oven. Essentially, the oven uses algorithms and other tech to help you produce perfectly cooked meals, whether that's juicy chicken or a succulent steak. The smart oven has a meat probe that monitors the internal temperature to ensure things turn out like they should. Weber is bringing this tech to the backyard, equipping SmokeFire grills and the Smart Grilling Hub with the ability to tap into the cooking knowledge of JuneOS.

For at-home grill masters, Weber Connect will provide you with step-by-step guidance on how to prep the grill, prep your meat, when to put it on, when to flip, how long to rest it and more. The system can even give you an estimated completion time based on the type and weight of meat or seafood you tell the app you're cooking. Inside the Weber Connect app, the steps are queued up in order, so you know what's next and how long you have until you need to move to the next step. Both the grills and the Hub will send real-time temperature readings to the app for up to four food probes. And in the case of the Grilling Hub, you can designate one of those for ambient grill temp. 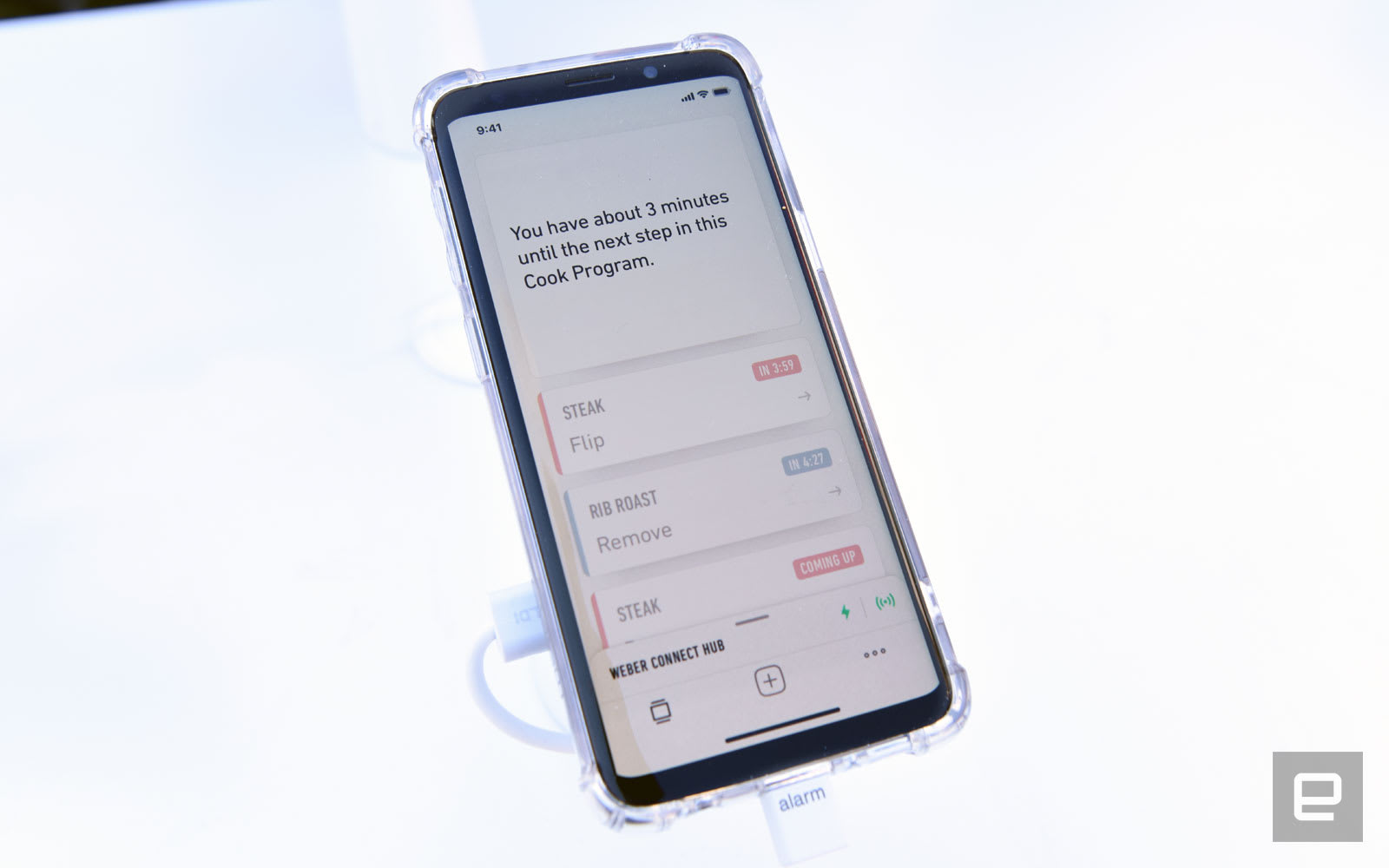 Not every aspiring pitmaster will want this level of oversight. However, I can tell you that I've experienced firsthand how liberating it can be not to have to walk outside every hour or so to check the temperature, even if you don't open the grill to visibly inspect things. It's also a massive upgrade to be able to monitor things when you need to run to the store or while you're doing other things that aren't within Bluetooth range of the grill. Weber Connect's estimated completion times will take all of that convenience a step further. If I have an idea of when a 14-pound brisket will be finished, I can better plan sides and the rest of the meal. I'm not just relying on a thermometer telling me when the meat hits its target temperature. Trust me, that's far from an exact science when it comes to timing.

This week at CES, I got to see the entire Weber Connect setup in use. The company's pitmasters were smoking and grilling beef ribs, steaks, brisket and more on both Weber's SmokeFire pellet grills and Weber gas models with the Smart Grilling Hub. Both options produced some stellar food, and the amount of smoke flavor from the pellet grills could've easily convinced me that the meats were cooked in a wood-fired pit. Both SmokeFire and the Hub work as advertised, and the staff was relying on Weber Connect to track when things needed attention or were ready to come off. 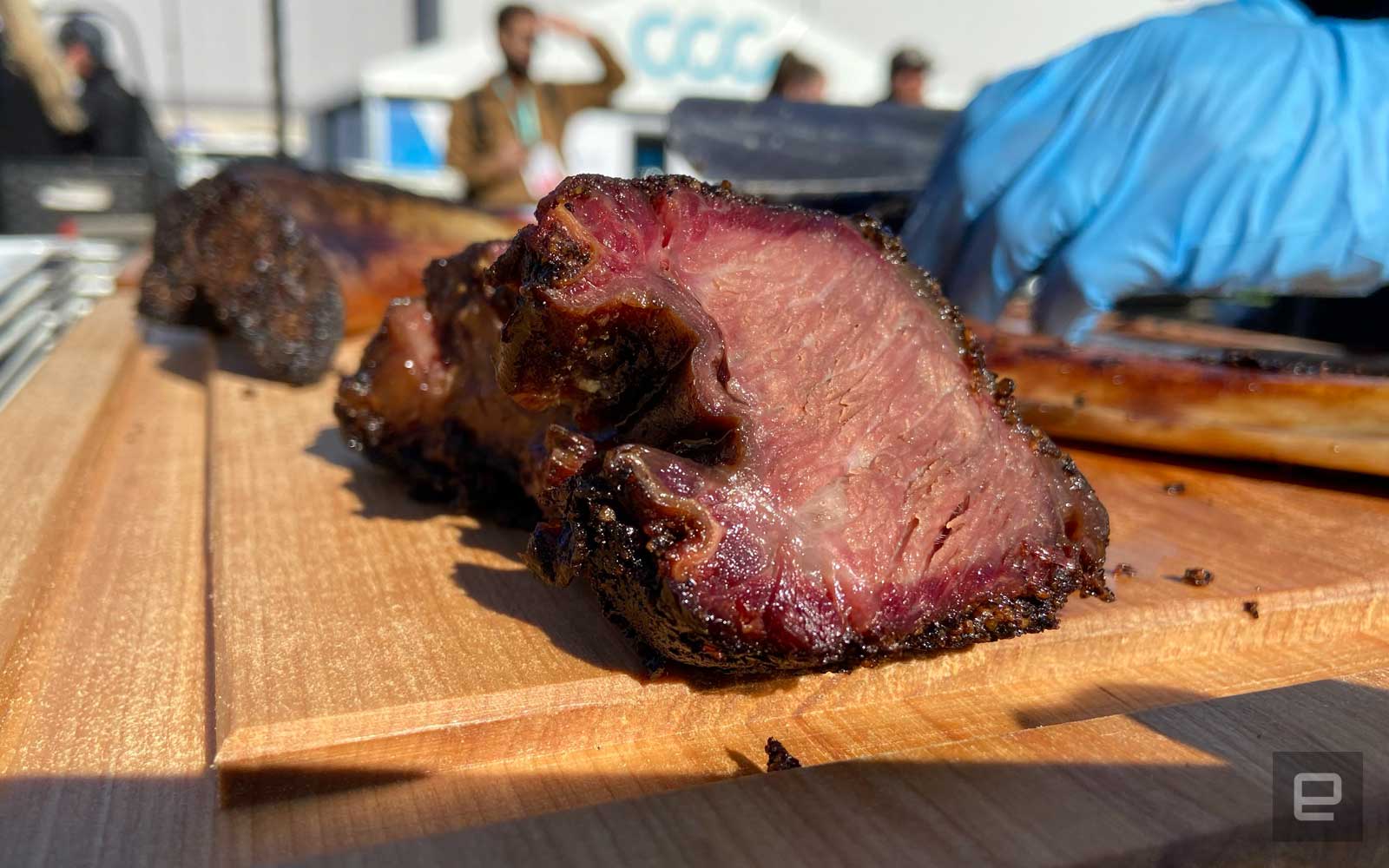 Another bit of good news is that the SmokeFire will actually be a little cheaper when it starts shipping later this month. When it was first announced, Weber said the 24-inch (EX4) and 36-inch models (EX6) would be priced at $1,159 and $1,400, respectively. Now the company is planning to sell them for $999 and $1,199, respectively. And with the Weber Connect Smart Grilling Hub, you can get the powerful connectivity of the mobile app for $130 in early 2020. That means you can turn any grill into a smart grill for a modest investment.

It's one thing to judge products like these on paper, but it's entirely different to see them in person. It's not often at CES that a company has production-ready units on display doing the full spectrum of what they're capable of. Weber Connect is ready for prime time, and I've seen firsthand how it can improve your cooking.