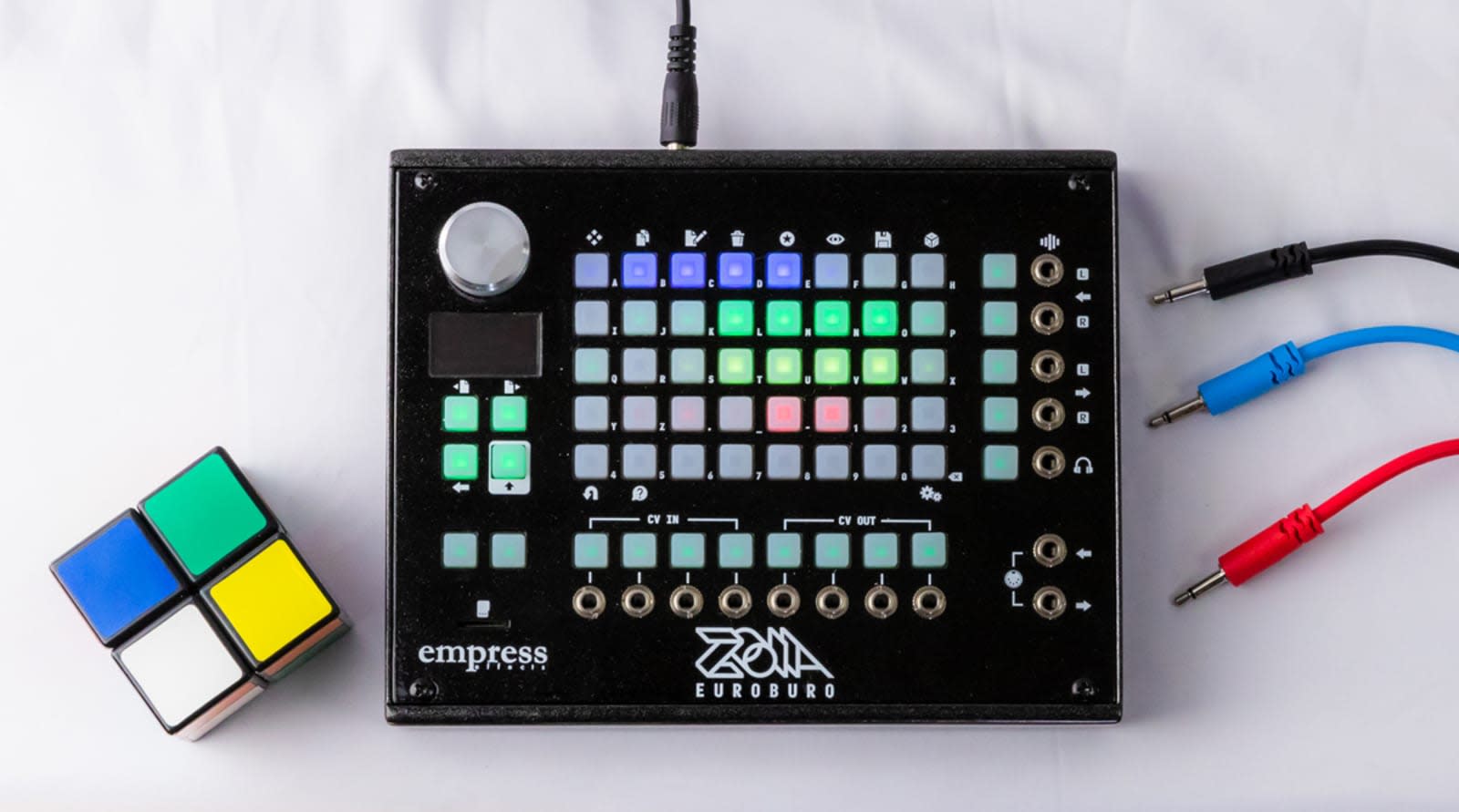 Empress Effects ZOIA is perhaps one of the most exciting guitar pedals to come out in recent years. It's effectively a self-contained modular synth in a stompbox format. So, it only makes sense then that Empress would take it and stick in a Eurorack format, so that this mini digital modular synth could sit inside a larger modular synth.

The core of ZOIA Euroburo (pronounced: Euro-bureau) is the same as the OG ZOIA. Inside there's a pretty powerful audio processor and up front a grid of RGB buttons. There's over 80 modules (including envelopes, CV switches, slew limiters and CV loopers), not to mention over 20 dedicated effects modules on board. You can those and combine them in almost anyway you please to whip up the sound of your dreams. It can be an effect, a looper or a standalone synth -- it's similar to the Organelle in that it can do almost anything, but it's easier to program.

Of course, being designed to talk to Eurorack means there have been some changes made. Most notably the three foot switches are gone, and instead you've got four assignable CV in jacks and four assignable CV out. There's also stereo 3.5mm audio ins and outs (instead of the 1/4-inch jacks found on the pedal version) and 3.5mm MIDI ins and outs.

While the ZOIA Euroburo is built to fit inside a Eurorack skiff, there is an optional standalone enclosure if you'd prefer to use it as a desktop unit.

Otherwise there's not many major changes here compared to the original ZOIA. Well, there is one major change -- there's now a dedicated sample player module that allows you to save and load samples to and from the SD card or even capture and play them back live. This is a feature ZOIA users have be clamoring for, so hopefully it'll make its way to the pedal sooner than later.

There's no word on pricing or availability just yet. But we'll update as soon as we have more info.

In this article: av, empress effects, eurorack, gadgetry, gadgets, gear, guitar pedal, Modular Synthesizer, musical instrument, namm, namm2020, synth, Synthesizer, zoia, zoia euroburo
All products recommended by Engadget are selected by our editorial team, independent of our parent company. Some of our stories include affiliate links. If you buy something through one of these links, we may earn an affiliate commission.